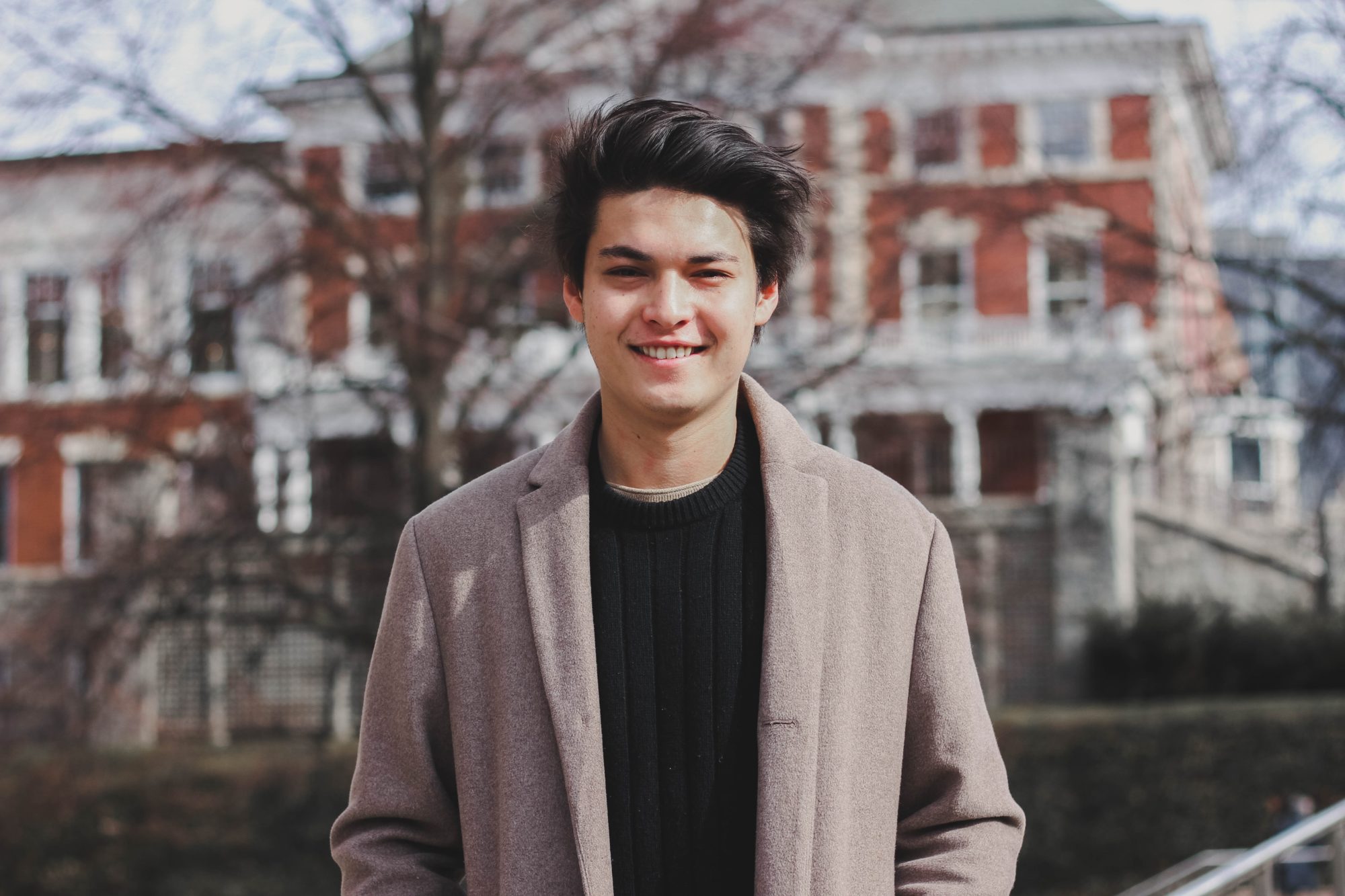 Zeus Rocancourt is a fun loving, creative, senior in the Whitman School of Management from Manhattan studying Entrepreneurship and Fashion Merchandising (Retail Management).  He loves basketball and coming out of high school, was determined to play in college. His love for the sport was a driving factor in his decision to come to Syracuse University. He became a student manager for the basketball team his freshman year, and while he did not stay with that position, he rediscovered another love — reading.  His favorite book is Outliers: The Story of Success by Malcolm Gladwell but he was also strongly influenced by 12 Rules for Life: An Antidote to Chaos by Jordan B. Peterson and The Intelligent Investor: The Definitive Book on Value Investing by Benjamin Graham.

Before coming to Syracuse, Zeus pursued a modeling career. While taking an acting class, he was brought to a small agency where he landed a big Gap campaign and was eventually scouted by Wilhelmina. From there he did campaigns for Y-3, Tommy Hilfiger, DKNY, Kate Spade, Ralph Lauren, and Abercrombie. He was even in a few commercials, as well as the “Written in the Stars” music video by Tinie Tempah.  Zeus’s time as a model really sparked his love of fashion. He draws a lot of inspiration from artists like A$AP Rocky who he calls “an ultimate creative.” He even dreams of creating his own high end fashion company one day.

Zeus’s fashion inspiration may come from A$AP Rocky, but he says his entrepreneurial spirit and his creativity come from his mom. His mom was an actress, model, and artist and still embraces the creativity that comes with all of those fields. He says that his mindset of “just be happy and the money will come” was something he had learned from her.

Aside from preparing to graduate this May, Zeus is also working hard on a hospitality company. The goal is to create an experience for groups looking to have fun in New York City and Miami. The group that is currently unnamed, works with clubs, artists, various venues, and restaurants to create long and short term contracts to bring their customers there for an amazing night. Zeus says he really wants to make it so those who are new to a city, really feel they can trust them to guarantee a private, safe and enjoyable experience.

Zeus and his team throw and plan their own parties. They have worked under contract for artists like A$AP Rocky, Travis Scott, and Playboi Carti. Their head DJ has engineered and produced songs for people like Jay Critch, Rich the Kid. They worked as small partners on events with those artists to sell tickets and promote album release parties at popular venues. Zeus says “it’s a matter of putting all the pieces together to build that entertainment empire and finding people to grow with us.”

This passion for event planning didn’t come from nowhere. Before Zeus even came to Syracuse, he worked to throw similar events in New York. When he was 16 he rented out a venue in ChinaTown with his best friend. They presold tickets, booked the DJ, did the lights and fully marketed it themselves and turned a small profit.

What’s next for Zeus? He would love to love to sign with a men’s agency soon to help build his company.  “Models are a huge part of the industry and it’ll create a new branch for VIP dinners and events like that.” Along with continuing to build and expand his company, Zeus hopes to do lots of traveling in the future. But for now, his only official plan for after graduation “is to be happy.”