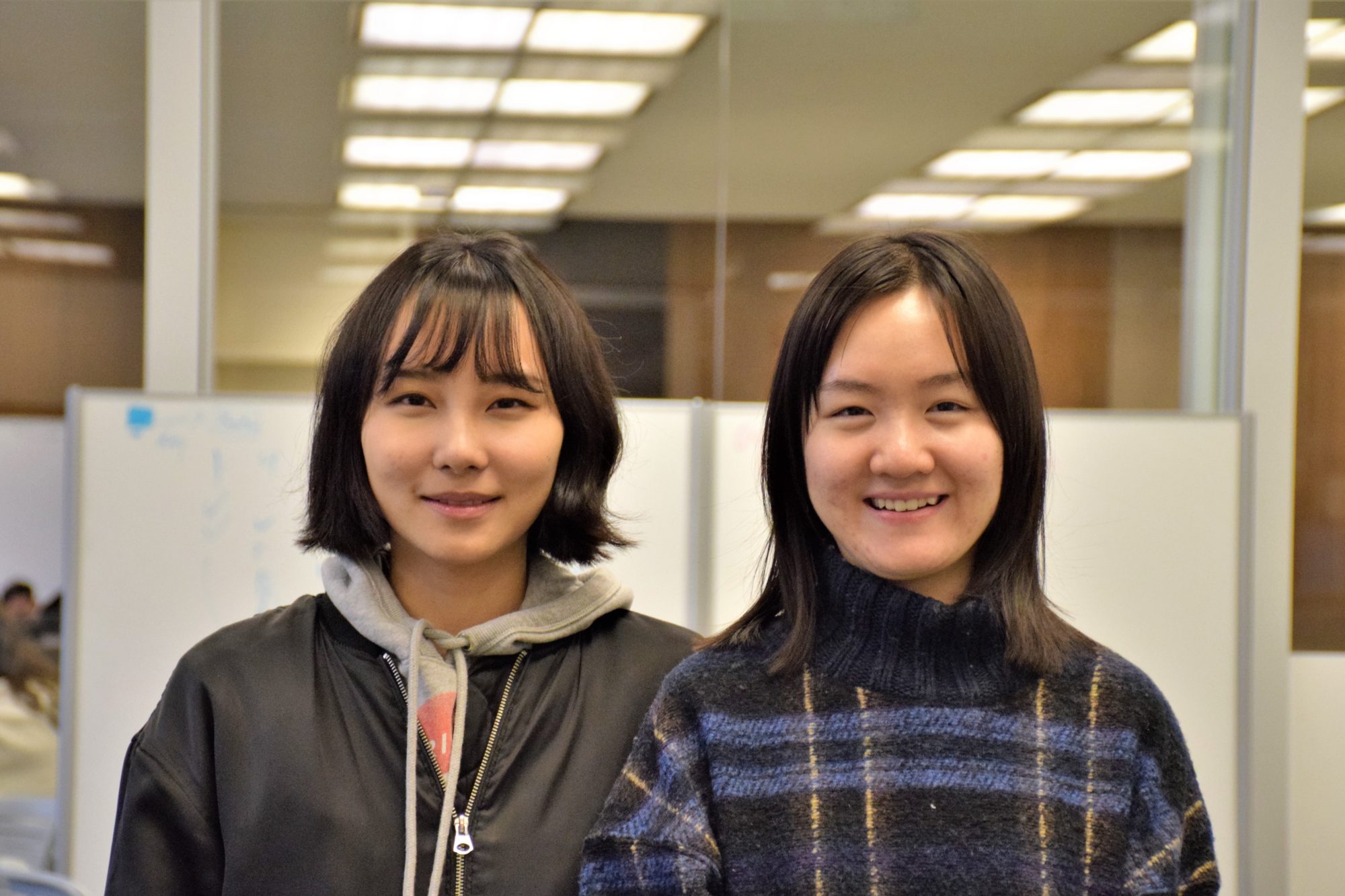 In China, there is a famous advertisement that promotes energy conservation through recharging batteries. When a battery is “dead,”there is actually some electrical energy still within the battery itself. Most people don’t know this, and will continue to use and throw out batteries without a thought.

College of Engineering and Computer Science students and good friends Yufei Liu ‘21 (left) and Yufeng Meng ‘21 (right) knew they wanted to tackle this issue and bring awareness to the SU community. The two participated in the Invent@SU Accelerator program, an immersive inventing program that gives students the opportunity to “design, prototype, and pitch” an invention of their own creation that reflects on a pain point, or an area of life where there is a problem that can be fixed. “This is energy that we really need, it can help us save money and the environment,” Liu noted.

But, this wasn’t invented without some struggles that the pair were able to overcome by the end of the program. “Everything was brand new to us. We have to learn new things while creating a new thing, which can be incredibly hard,” Meng said, “A lot of problems came out and we had to solve them one by one.” This included learning how to develop electronics, mechanical systems, and of course, nailing a pitch.

The two say that the most challenging part of Invent@SU was the weekly pitch sessions, where each team has to present their idea to a panel of guest evaluators, then go through a question and answer session afterwards. “The Q&A was the most challenging part, we had to figure out what type of answer we should give in order to be clear about our invention and device,” Liu says. Nonetheless, the two had a great time presenting each week, even creating a small little slogan that the two would say at the end of every pitch. Meng in particular would always be so shy that she would hide her face when delivering the slogan, but by the end, she gave a huge thumbs up during their tagline, “Small battery, huge potential.”

When reflecting on their Invent@SU experience, the two said, “Our best advice to the next group of Invent@SU students is don’t give up. There’s a lot of critique from students, audiences, and peers, so it’s possible you’re not always going to do well. But don’t let that discourage you”.

Although the two will no longer be continuing with their invention, the two are both incredibly passionate about energy conservation and making an impact in the world. They are also grateful for the experience that Invent@SU has given them. “This program encouraged me to create something new, and experience some challenges I’ve never experienced before,” said Liu, with Meng adding in, “I won’t continue to work on this project specifically, but I’ll always continue making things, and thinking of new ways to make a change.”

Ask this team all about the way they’re creating awareness of recycling batteries in the College of Engineering and Computer Science, and watch out for them in the future. They’re bound to do impactful work.