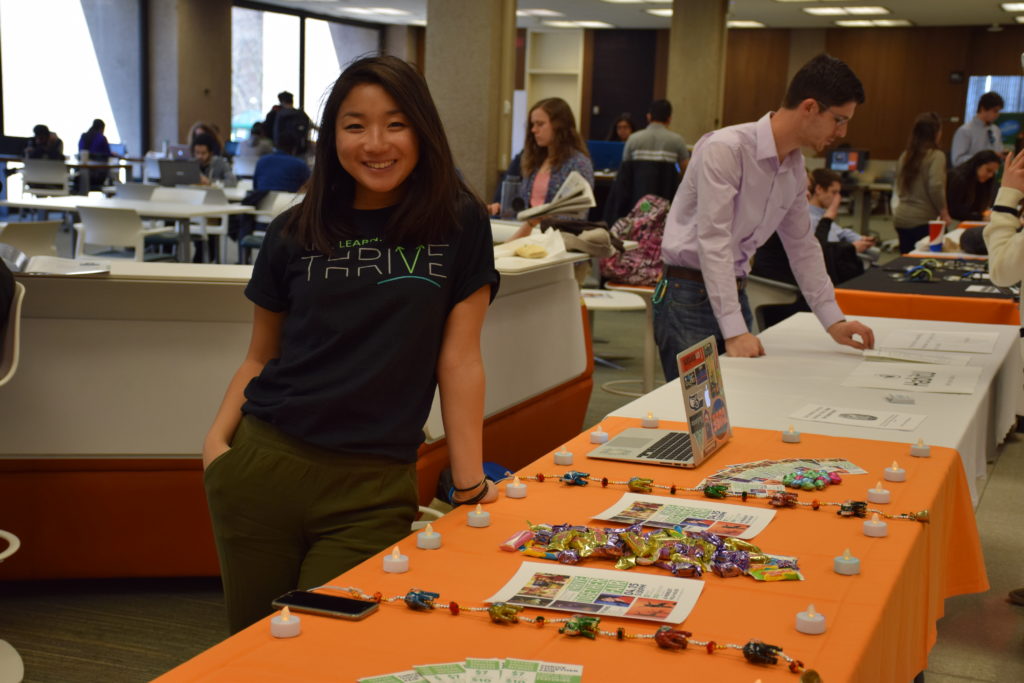 A year after the Blackstone LaunchPad at SU’s opened its doors on April 19, 2016, the mysterious glass box situated in the heart of Bird Library is no longer uncharted territory. It has transformed into a home for a community of entrepreneurial creativity and innovation on campus.

Over the course of a couple of months, the LaunchPad has engaged with 1,603 members of the Syracuse University community, with 82% of this group comprising of students and faculty making up 13%. The 1,314 students are divided up evenly by academic level, ranging from freshmen to graduate students to alumni. There is an awesome balance in the gender ratio of the LaunchPad with 51% of members being women.

A unique advantage of being located in the center of campus within Bird Library is that students from all schools of the university pass by it. The LaunchPad breaks down many social barriers surrounding entrepreneurship such as access and having a business education background. Almost all of Syracuse University’s academic fields are represented among the 1,314 students who have worked with the LaunchPad. Most surprising of all is that the Whitman School of Management’s representation is not the most dominating, even though this space is focused in entrepreneurship, an academic focus that lies within that particular professional school. Instead, the College of Arts and Sciences makes up 19.2% of these students, students from the S.I. Newhouse School of Public Communications makes up 12.5%, students from College of Visual and Performing Arts make up 13% and students fro the School of Information Studies make up an impressive 18%. Students that come into the LaunchPad are evidently skilled in a very large range of academic fields and professions.

Perhaps the most attractive feature that the Blackstone LaunchPad at SU was able to accomplish in its first year is its global reach. The LaunchPad now has a representation of 44 countries across the 275 ventures that worked there this past year. While most of the LaunchPad members’ nationalities are based in North America at 80%, the other 20% is represented by cultures from South America, Europe, the Middle East, Africa, South Asia and East Asia. Members coming from Albania, China, India, Hungary, Israel, Saudi Arabia and Switzerland are bringing incredible new perspectives to the community. The LaunchPad has steadily become a microcosm of the world, truly embodying what global entrepreneurship means.

Finally, the 275 ventures that have worked with the mentors of the LaunchPad have had access to five prestigious business plan competitions within the SU campus, regionally and nationally. A total of $95,000 was awarded in prizes to these ventures. Entrepreneurs were able to refine their business plans and business pitches through each opportunity of presenting their businesses. Most notably, the Compete CNY and iPrize hosted by the iSchool celebrated the spirit of entrepreneurship that the LaunchPad fostered over the year. 59 teams competed in the regional competition and are sending 12 teams (11 from Syracuse University) to the New York Business Plan Competition on April 28, 2017. The Blackstone LaunchPad at SU has helped put the incredible entrepreneurship culture on campus on the map regionally and nationally.