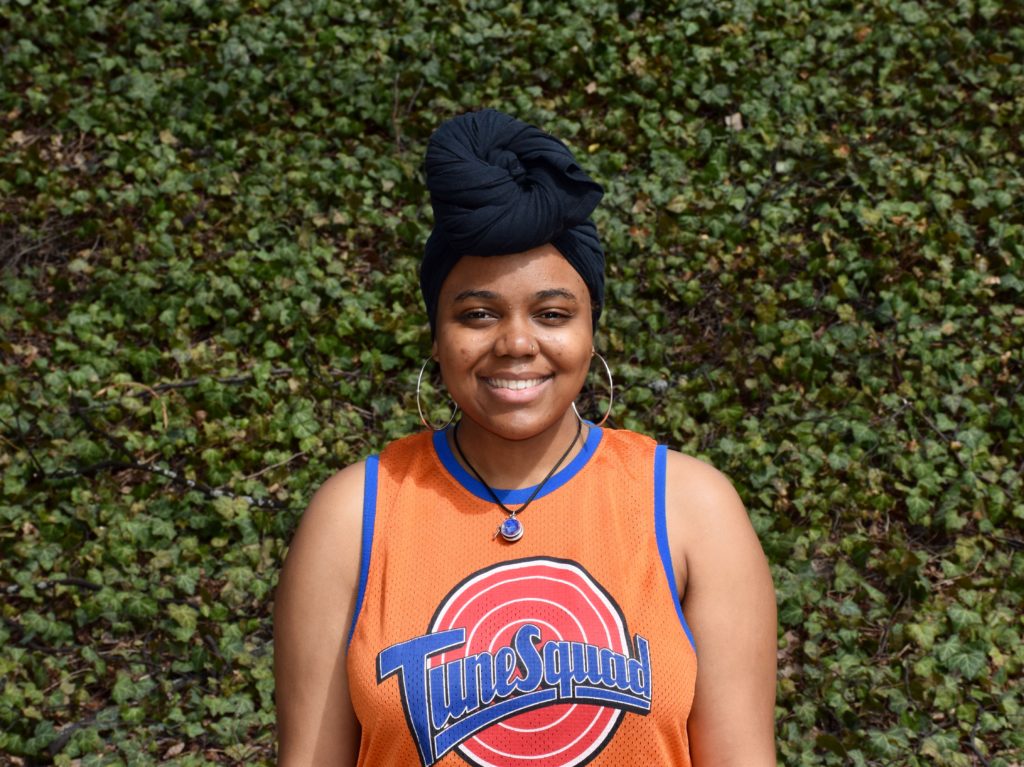 Victoria Lawson, or as she’s known by the baristas at Starbucks, “VPositivity,” is a light of her own.  She is a third year Industrial and Interaction Design major in the College of Visual and Performing Arts, from Norwalk, California.

Victoria is a designer, creative, and a major boss woman. She works in the LaunchPad as a graphic designer, and you can find her designs on the digital kiosks and in buildings all around campus.

Victoria likes long walks on the beach, music, rollercoasters, and vintage clothing. She’s an RA on top of her job at the LaunchPad, and is the most positive person you’ll meet. She loves to listen to people and help them with their problems, which is probably why she is such a great designer. She has an ability to listen to others and create beautiful designs based on what people articulate to her.

Working with student entrepreneurs in the LaunchPad, she was inspired to start her own cross disciplinary freelance design business called Weird and Woke Design. Victoria’s venture helps campus entrepreneurs with ideation, concept design, rapid prototyping, and overall graphic design and visual identity.  She originally got the idea after helping so many student startups through her job at the LaunchPad. She eventually turned that into what she calls her “side hustle”, and began charging for her services.

After taking an Entrepreneurship and Emerging Enterprises class with Linda Hartsock, the Executive Director of the LaunchPad, she was offered a job. At the end of the semester she had told Linda that her slides needed a graphic design overhaul.  Linda loved the honest feedback, and offered her a graphic design role at the LaunchPad.  From there, Victoria blossomed as a designer, and created many of the brand identity campaigns for the LaunchPad, and launched outreach programs with “out of the box” thinking.  She also provided design assistance to startups like Bonfire in a Bin, Blood Sweat and Beers, and Necessity Apparel, among others.

A native of Los Angeles, Victoris took a spring break trip with the university to Silicon Valley. It reinforced her dream of eventually moving there after graduation in 2020. She hopes to get a job utilizing her creative skills set in philanthropy, and then eventually start her own full time business doing service design.

In the meantime you can find Victoria in Paris this summer (you can help her get there by clicking here!) immersing herself in the abundant amount of art and beauty that can be found there.

Or this fall, come by and check her out in the LaunchPad, and enjoy out some of her recent designs.  Just keep an eye out for the Toon Squad jersey!