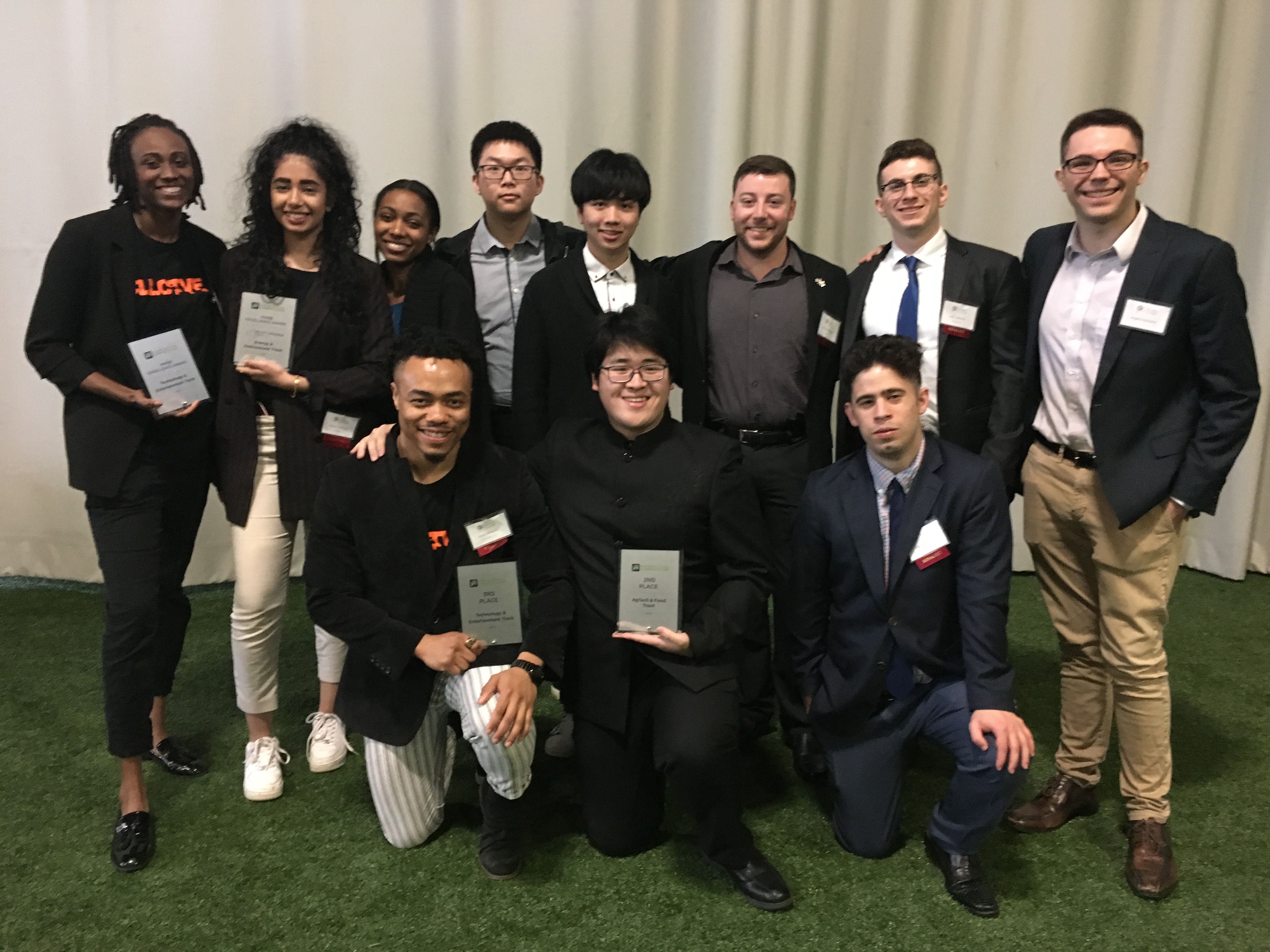 Syracuse University student teams competed in the 10th annual New York Business Plan Competition (NYBPC) organized by Upstate Capital Association of New York on April 26 in Albany and came home with five prizes. This is the most of any university at the 2019 event.  Syracuse University teams captured five awards in 2018, and in the 2017 competition S.U. teams won the top prizes in four categories, along with the grand prize.  No other university has achieved this level of sustained success in the history of the state competition.

The NYBPC regional qualifier was organized by the Syracuse University Libraries’ Blackstone LaunchPad, whose staff also accompanied the teams to Albany.

“The Blackstone LaunchPad provided business planning expertise, mentorship, collaboration space and pitch guidance to teams,” says Dean of Libraries David Seaman. “Strong showings over three years demonstrates the impact this Libraries service has had since it cut the ribbon in April 2016.”