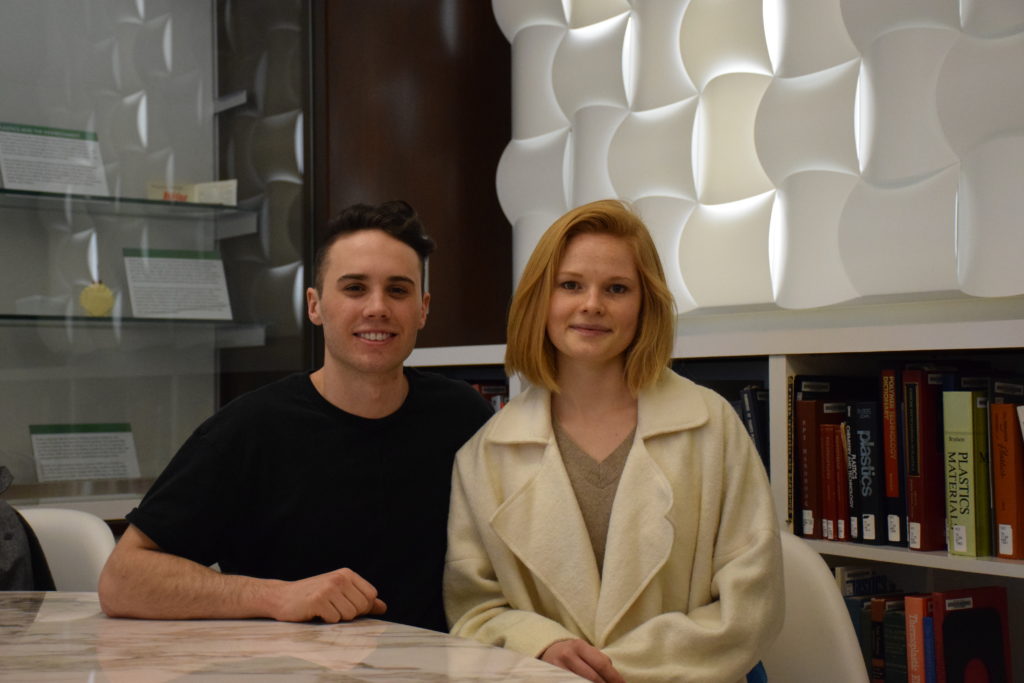 Student student startup Ravle, founded by Kevin Rieck and Tay Lotte, is among the 32 college student startup teams from across the nation move on to the semi-final round in the 2017-18 Student Startup Madness (SSM) tournament, where they will compete for top honors and the SSM National Championship.

The semi-finalist teams come from 29 different colleges and universities across the country and are working on digital products and services in more than a dozen different industries, including all kinds of business-to-business and consumer products and services — as well as in cryto-currency, social impact, healthcare, education, entertainment, and travel.

Student Startup Madness (SSM) is the only nationwide collegiate tournament focused on digital media startups. It affords college student startups the opportunity to compete against fellow student entrepreneurs, grab the attention of potential investors and supporters, and build an elite professional network. At the SSM finals at SXSW, eight of the top college student startups in the country will pitch their business to well-known investors and entrepreneurs who can help them transform their ideas into success.

The SSM tournament is promoted by anchor universities in regions across the country and supported by corporate partners. SSM also cross-promotes the tournament with with Women 2.0, the leading media brand for the next generation of technology leaders, and with Student Veterans of America, a coalition of student-veteran groups on more than 1,300 college campuses across the globe. All these organizations believe in the power of American entrepreneurship and innovation on our college campuses.

From these 32 semi-finalists, the Entrepreneurial Eight finalists will be selected in late January and invited to pitch at the SSM Finals and Championship event, to be held at SXSW’s Startup Village main venue in the downtown Hilton Austin on Monday, March 12.

“For seven years, we have run this tournament and it never disappoints,” says Sean Branagan, creator of the SSM program and Director of the Center for Digital Media Entrepreneurship at Syracuse University’s S.I. Newhouse School of Public Communications. “If you worry about the future, take a look at these 32 student startups. There’s no better way to create a sense of hope and amazement. College campuses are bursting with innovation and entrepreneurship. It’s an amazing time.”

Each round of the nationwide tournament will build momentum, awareness and social media buzz, drawing attention to colleges and universities as sources for innovation, entrepreneurship, and talent while showcasing university entrepreneurship and encouraging college students to start businesses.

More than 200 student startups applied online between August and early December. The first round of competition was held online among the 64 startup teams, with judging conducted via Gust.com, a platform used by angel investors around the world.

From the starting field, 32 semi-finalists are chosen and advance to the next round. By late January, the Entrepreneurial Eight finalists will be selected and invited to pitch to a well-known panel of entrepreneurs, venture capitalists and investors at the Student Startup Madness national finals in Austin, Texas, on Monday, March 12, 2018. The SSM Finals and Championship event will be held at one of SXSW’s main venues in the downtown Austin Hilton hotel conference center.

Student Startup Madness debuted in 2012 at SXSW Interactive with a launch event and kick-off pitchfest, where five student startup teams representing eight colleges and universities pitched their ventures and won prizes. Today it is a national tournament in one of the main venues of SXSW. For more on Student Startup Madness, visit the website (http://studentstartupmadness.com), see us on Facebook, or follow us on Twitter: @StartupMad.

Sign up for the Student Startup Madness Newsletter for press releases & updates here.