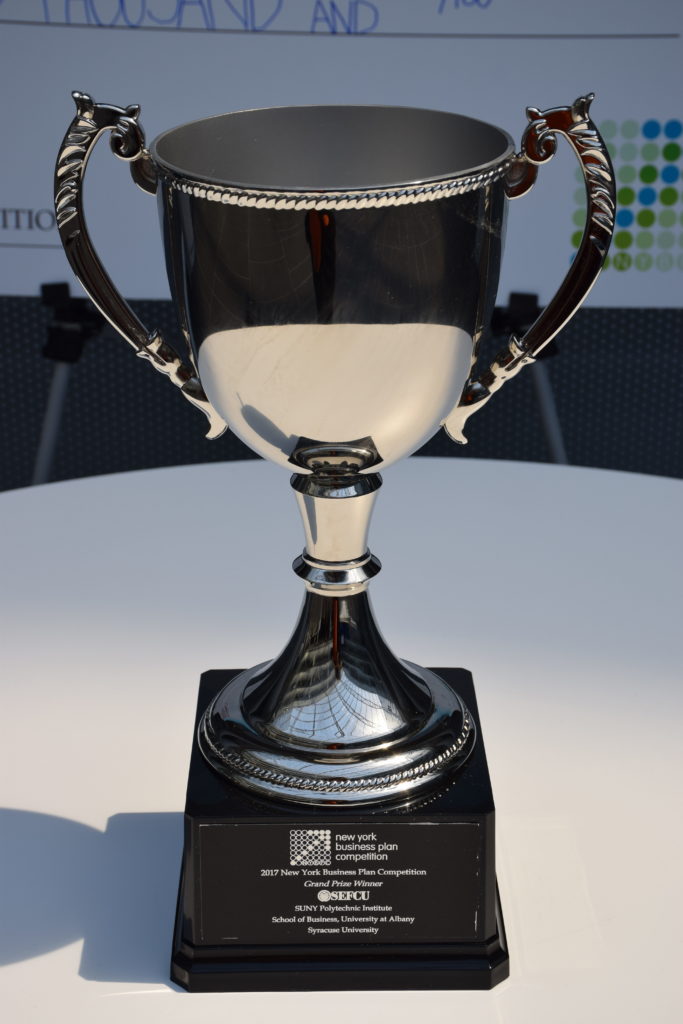 Ten Syracuse University student venture teams will be among the finalists competing for top state prizes.

The top teams from each of New York State’s 10 economic development regions face off this week for the grand prize at the state finals. State winners are selected by judges that include venture capitalists, angel investors, investment bankers, attorneys, accountants, and seasoned entrepreneurs.

This year’s regional qualifier was sponsored by the Blackstone LaunchPad as part of the iPrize on March 23 at Bird Library.  Syracuse University winners selected to go on to the statewide competition include:

Teams have the opportunity to win first, second and third place cash prizes in each of the six tracks, along with People’s Choice award in each category, and MWBE awards.

The Blackstone LaunchPad team will be coaching them for the state competition.