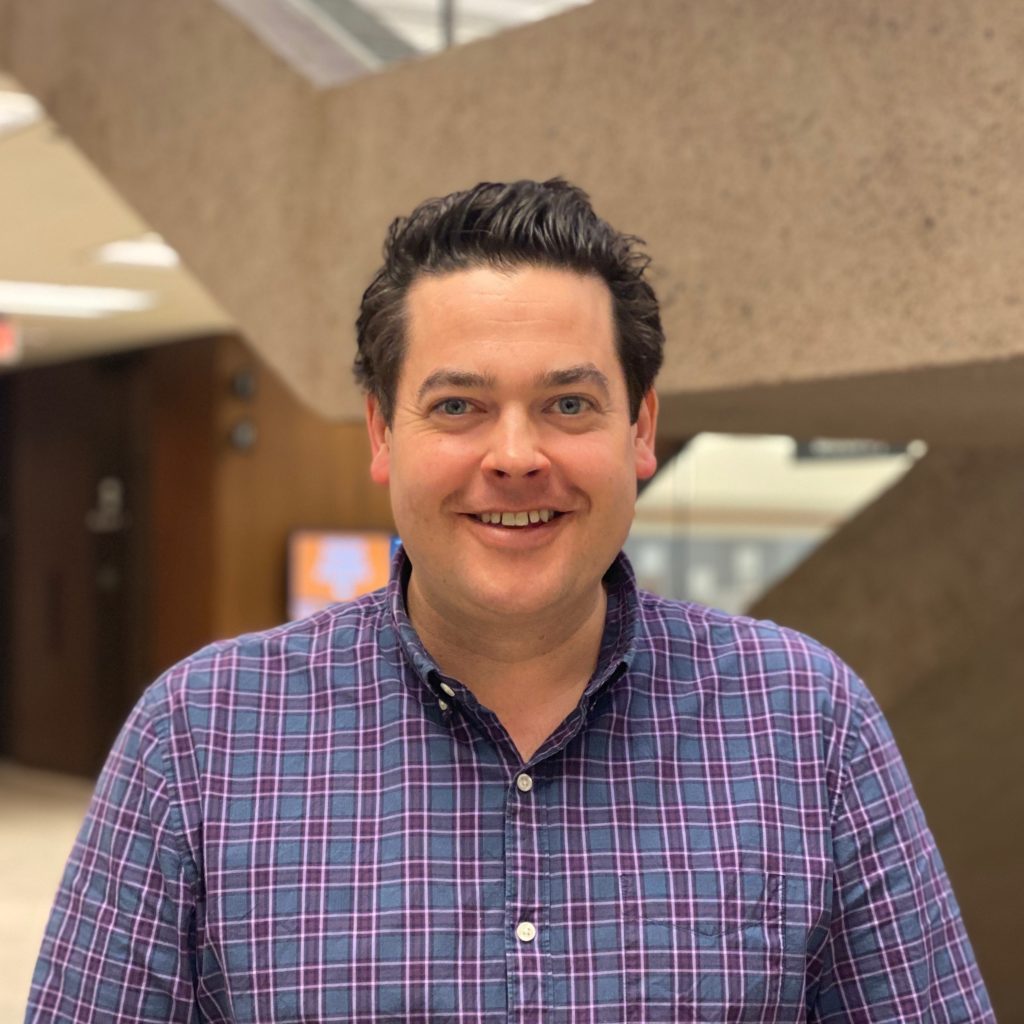 Steven VonDeak, a 2008 graduate of the Syracuse University College of Law, will become the first Alumni Entrepreneur in Residence (EIR) at the Blackstone LaunchPad powered by Techstars at SU Libraries this fall.

VonDeak is the co-founder and chief of staff at Density, a high-tech company that uses powerful sensors, combined with state-of-the-art depth data, computer vision and deep learning to accurately and anonymously count people.  Organizations use Density to improve efficiency and enhance the occupant experience in their buildings, workplaces and real estate. Unlike a camera, Density’s platform does not capture personally identifiable information and is purpose-built for accurately measuring how people use physical space.  Together, Density’s customers manage over 100 million square feet of corporate real estate.

The company recently closed its B round, raising a total of $30 million in external funding to date.

Density was founded in 2014 in the Tech Garden, and now has offices in San Francisco, New York City, and Syracuse.  Density co-founders also include Andrew Farah ’09 (Writing) and G ’11 (iSchool), Ben Redfield ’12 (iSchool), Brian Weinreich, ’10 (Psychology and Biology), Robert Grazioli ’11 (iSchool), and Jordan Messina, who grew up in Syracuse and attended Binghamton University.

VonDeak became an entrepreneur in the Tech Garden shortly after graduating from SU Law School.  Along with partners, he created App Fury, which launched early iOS apps that were noticed by Apple.  He then joined forces with another Tech Garden team to create Rounded, a digital product team, which grew into an anchor tenant role at the incubator.  Many members of the Rounded team then went on to create Density, which has grown to a team of over 50 in the last five years.

In his role as LaunchPad Alumni Entrepreneur in Residence, VonDeak will be holding weekly office hours (typically late Friday afternoons) to mentor students on product development and business model creation.

An EIR is an accomplished executive who helps provides insight to promising portfolio ventures, bringing both subject matter expertise and functional skills to help commercialize an idea.  An EIR helps guides a startup through discovery, market research, value proposition, and investment thesis.

Ventures who would like to meet VonDeak can make an appointment by e-mailing LaunchPad@Syr.edu