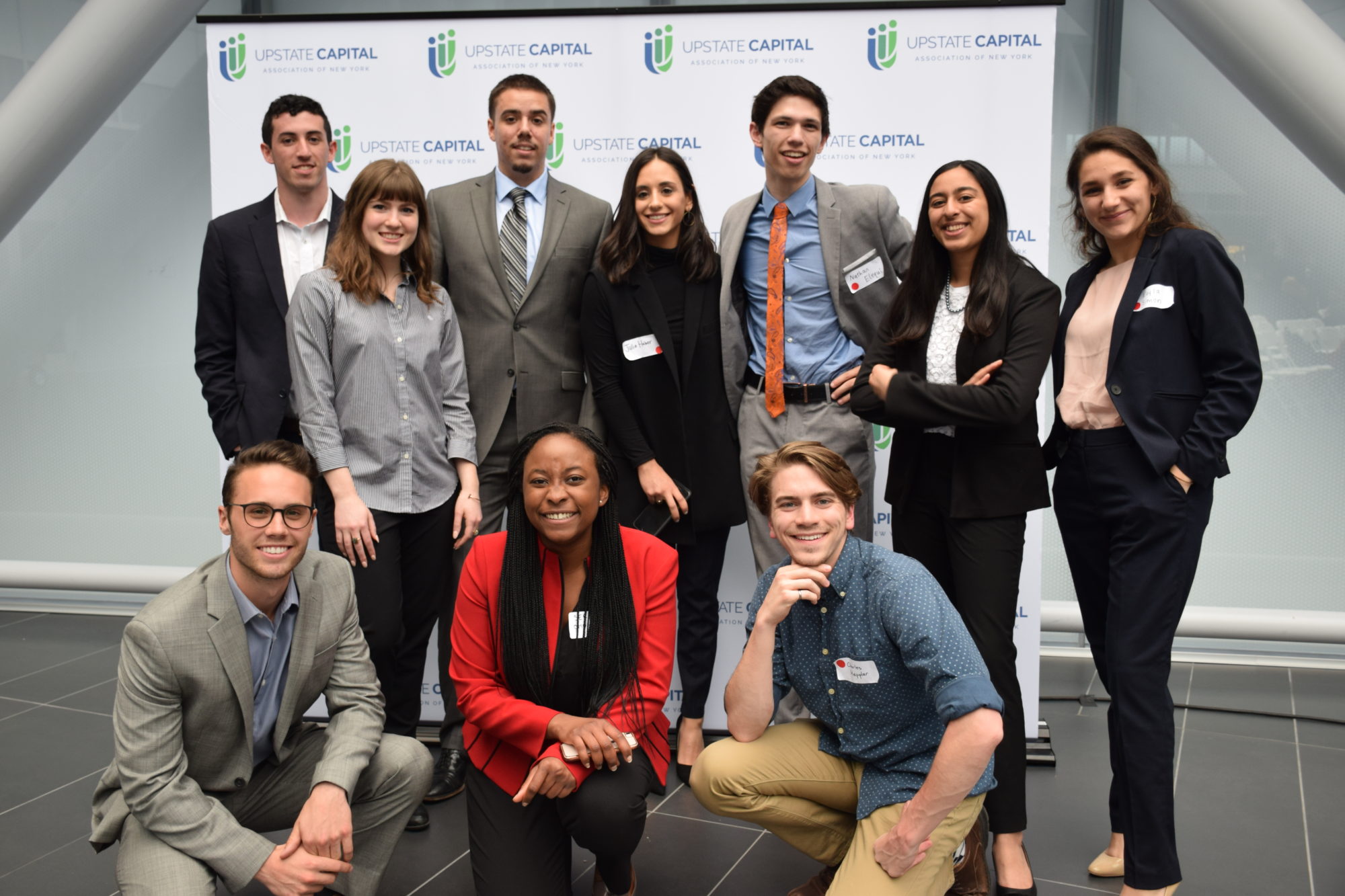 Spring competition season is already here, with more than $100,000 in seed funding to move good ideas to market.  From campus competitions such as Panasci and the RvD iPrize, to the New York State Business Plan Competition, to the ACC InVenture Prize that pits top teams from the ACC conference against each other, now is the time to start perfecting your idea, preparing your deck, and practicing your pitch.  The LaunchPad powered by Techstars at Bird Library is here to help.  Our LaunchPad teams have won $1.76 million in business competitions, and gone on to raise $6.8 million in external investments.  Here is the lineup of spring opportunities to compete for seed funding, with key dates and links to applications, which are due soon.  Stop by the LaunchPad in Bird Library if you need assistance, or schedule an appointment to go over your idea at LaunchPad@syr.edu

Applications to the annual Panasci Business Plan Competition are due January 23, 2019 online.  The campus-wide student business plan competition is hosted by the Entrepreneurship and Emerging Enterprises Department at the Whitman School of Management. The semi-finals will be held on Friday, April 12th, 2019 in the Whitman School of Management. The top five teams will then move on to compete in the finals, which will be held on Saturday, April 13th. These events are open to the Syracuse community. Thanks to a generous donation from the Panasci family, $35,000+ in prize  money is available to the top three teams whose new venture ideas represent the best potential for growth and for attracting outside financing.

In addition to awarding cash prizes to the top three ideas, additional awards are available to teams whose ideas have the greatest potential for positive impact on society and the natural environment.

Visit http://whitman.syr.edu/panasci or contact eeeinfo@syr.edu for details.  EEE faculty and the Blackstone LaunchPad team are available to help work with students on their applications, business plans and competition pitches.

On-line applications to the ACC InVenture prize are due by February for the campus qualifying round of the ACC InVenture Prize, a $30,000 startup competition giving Atlantic Coast Conference schools a chance to showcase top student innovations and catalyze undergraduate entrepreneurial activity.   It is rare that the top student entrepreneurs from 15 highly innovative and diverse universities have a chance to pit their best inventions against one another, each vying a first ($15,000), second ($10,000), or people’s choice ($5,000) finish. A top student team from each of the 15 ACC schools is invited to pitch live to an audience of innovators, investors, and public leaders.  Syracuse University’s qualifier event will be held February 22, and the top campus team will be selected to travel, expense paid, to NC State University, Raleigh, North Carolina, the site of the fourth annual competition on April 16 -17, 2019. The final round is broadcast live across PBS broadcasting affiliates, as well as streamed online. In addition to conference bragging rights, competitors meet incredible peer collegiate entrepreneurs, network with industry leaders and investors to get feedback, find mentors, and make valuable connections. The Blackstone LaunchPad powered by Techstars at Bird Library, is managing the campus competition, and the LaunchPad is available to work with SU applicant teams.  Other ACC teams include:  Boston College, Clemson University, Duke University, Florida State University, Georgia Tech, North Carolina State University, University of Notre Dame, University of Louisville, University of Miami, University of North Carolina, University of Pittsburgh, University of Virginia, Virginia Tech, and Wake Forest University.

Watch for application information for the combined

Details will be announced on timing and location of the completion on March 29, which will also be celebration of “Ten Years of Innovation” at the iSchool, recognizing a decade of student startups through the Student Sandbox and the leadership of iSchool Liz Liddy who has been a pioneer for student innovation and entrepreneurship, as well as the generosity of the vonDran family and supporters of the RvD fund.

Valley, Finger Lakes, Western New York, Southern Tier, Mid-Hudson, New York City and Long Island – followed by a final statewide competition. The regional semifinals are hosted by local partner colleges and universities starting in late March and ending in mid-April. The top teams from each of the 10 regions advance to the final round of the statewide competition in Albany on April 26, 2019.  The winners will be selected by esteemed judges, including venture capitalists, angel investors, investment bankers, other sophisticated public and private investors, experienced entrepreneurs, and leaders from the business community.  Tentative track categories are:  AgTech and Food; Energy and Environment; Military and First Responder; MedTech and Well-Being; Technology and Entertainment; Consumer Products and Service.

The tentative prize breakdown for the 2019 NYBPC finals is as follows: