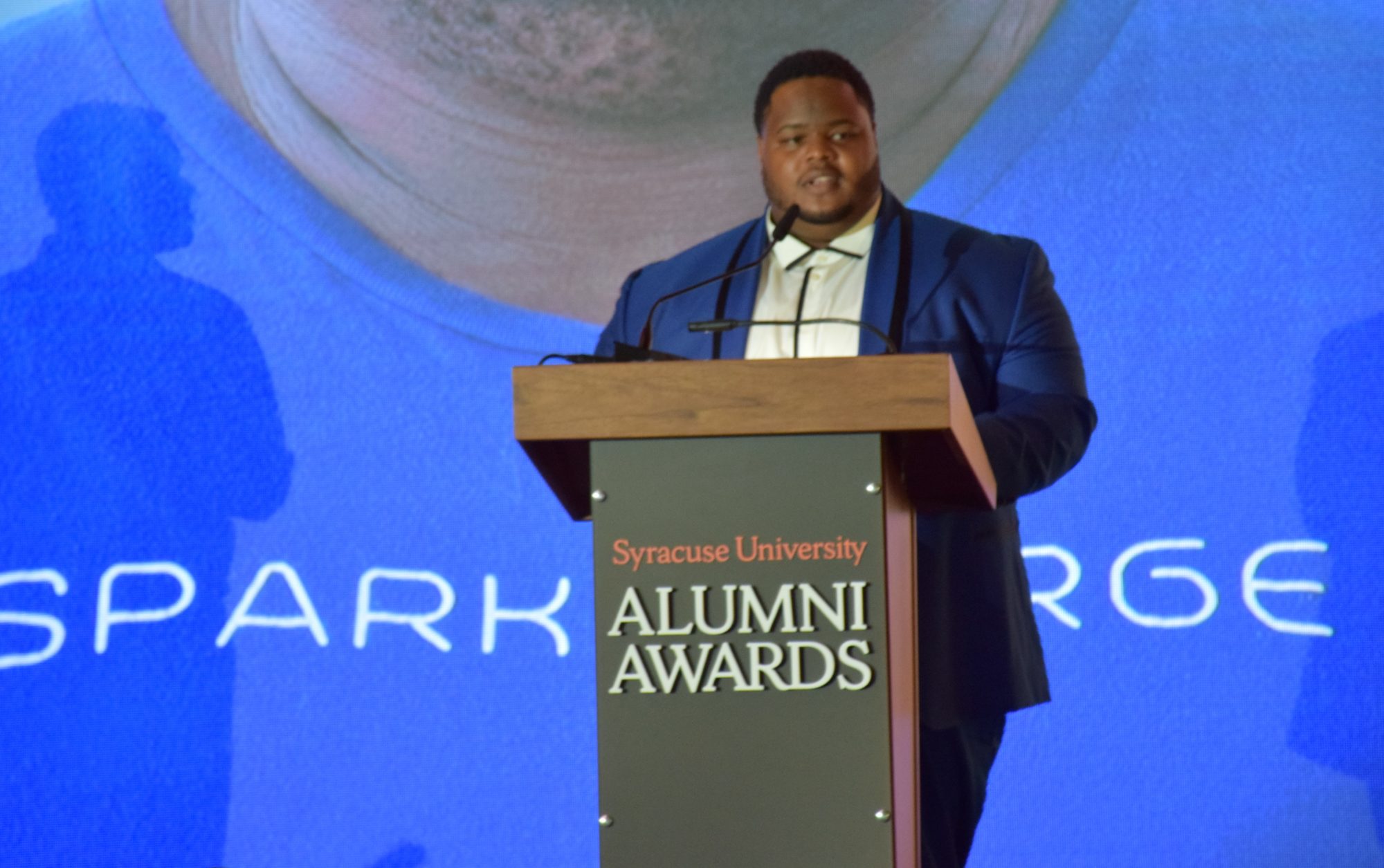 Syracuse University LaunchPad and Techstars alum Josh Aviv ’15 G’17, founder of SparkCharge, will be speaking about building a university innovation ecosystem at the Techstars Startup Stage, as part of the 2020 Consumer Electronics Show in Las Vegas.  Aviv will be part of a panel that also includes Courtney Gras, LaunchPad Director, Techstars, Erica Lock, Vice President, Blackstone Charitable Foundation, and Jason Thompson, VP of Inclusion and Diversity, Techstars on Wednesday, January 8, 2020..

Aviv will offer advice on how universities can help entrepreneurs take ideas from concept to commercialization, drawing on his own experience at Syracuse University where he created SparkCharge.  Aviv launched SparkCharge as a Syracuse University student and went on to become a dynamic figure in the clean-tech community. SparkCharge makes portable, ultrafast charging units for electric vehicles, and has been featured in major technology and clean energy publications.  He was this year’s Syracuse University Generation Orange award winner.

As a student, Aviv won the grand prize in the New York Business Plan Competition, as well as top honors in more than seven business competitions while earning his degrees from Syracuse University. He worked closely with the LaunchPad powered by Techstars at SU Libraries on his product and business roadmap, and incubated after graduation at the Syracuse Center of Excellence (CoE) where he built his first initial prototype.

He won the October 2018 top prize of $1 million at 43North, a Buffalo-based startup competition, and was also the recipient of a NYS FuzeHub Commercialization Competition award. He has won the California Climate Cup, Startup Fest’s global pitch competition, and Plug and Play’s clean energy innovation award. TechCrunch most recently named Spark Charge as a top tech disruptor.

After graduating from the Syracuse LaunchPad, and winning the first ever Blackstone Launch Pad – Techstars Training Camp global pitch competition, he was selected for the prestigious Techstars accelerator program in Boston.  SparkCharge was then accepted into a residency at 43North in Buffalo where the company launched its manufacturing operations. The company has an engineering division based at Greentown Labs in Somerville, Massachusetts, a Boston-based facility that is the world’s largest clean-tech incubator. SparkCharge also has a residency at the Plug and Play Tech Center, a renowned industry-focused accelerator program in Silicon Valley.  Aviv is a member of Syracuse University’s LaunchPad Founders Circle, and is a mentor for student startups. He is a new member of the Syracuse University Libraries’ Advisory Board. 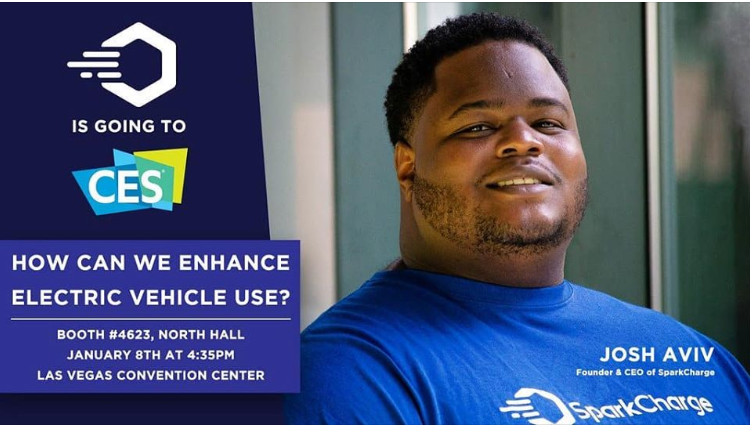 Aviv will be showcasing SparkCharge at a booth this week at the Las Vegas Convention Center.  He’ll also be featured at a chat about “How Can We Enhance Electric Vehicle Use?”  He kicked off CES earlier this week speaking at Dassault Systemes @3dexperiencelab CES Media Night @CES2020.

The company has achieved great traction this past year, hitting key product milestones, delivering first units to customers, being featured at national events, continuing to win global awards, and getting notice by publications like Mashable and Techcrunch, among others.  SparkCharge has developed partnerships with OEMs, roadside assistance providers, ridesharing companies, utility companies, and more, to bring portable charging on demand to electric vehicle owners.

CES 2020 positions the company on a global stage as it scales this coming year, with SparkCharge ramping up production, orders, and customer delivery.