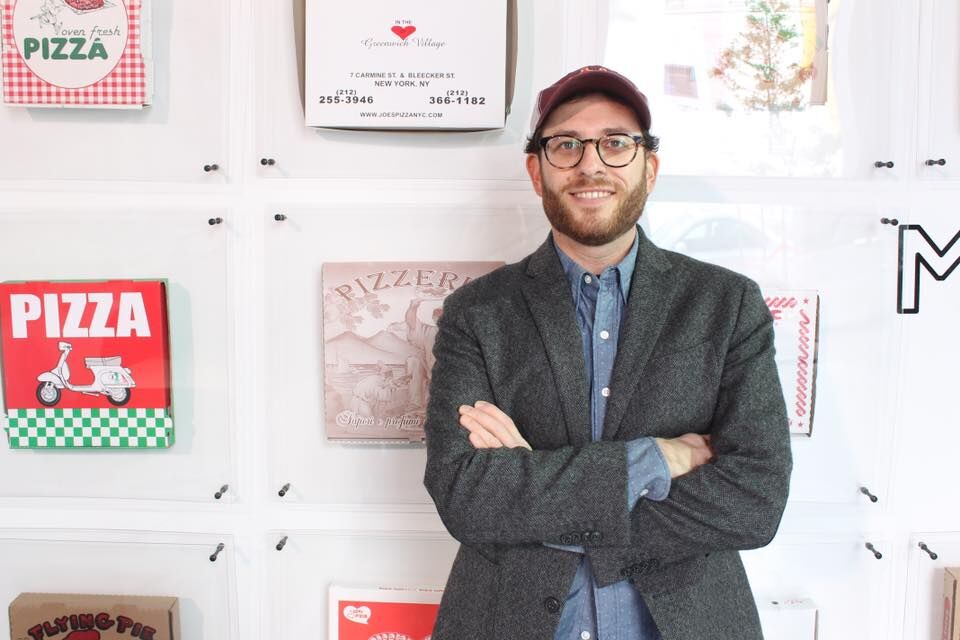 The Blackstone LaunchPad powered by Techstars at Syracuse University and the School of Information Studies (iSchool) invite you to join an interactive fireside chat with noted alum Scott Wiener ’04, on Wednesday March 20, 2019 in LaunchPad from 10:00 am to 11:00 am.  He is an alumnus of the S.I. Newhouse School of Public Communications, with a major in television, radio and film.

Scott will be sharing his personal startup journey from graduating SU to running one of NYC’s most successful pizza tour businesses. He’ll share his secrets to monetizing the Guinness World Record for largest collection of pizza boxes  and how to grow a human intensive business model.

Founder of the successful Scott’s Pizza Tour in NYC, Scott refers to himself as a “full-time Pizza Enthusiast.” He writes an award-winning column for Pizza Today Magazine, contributes to PMQ’s Pizza Magazine and PizzaMarketplace.com and judges pizza culinary competitions all over the world. His work has been featured on CBS Sunday Morning, The Dr Oz Show, Travel Channel, Cooking Channel, Food Network, Discovery Channel, and many more.

Scott’s tours have been featured as a top tour on TripAdvisor, Yelp, and several others. He is also the author of Viva La Pizza! The Art of the Pizza Box, a book about his Guinness World Record collection of pizza boxes. There’s also a full-length documentary about Scott’s pizza-filled lifestyle.

He is also founder and board chair of Slice Out Hunger, which supports hunger relief initiatives by fundraising through the American pizza community. It is a nonprofit corporation run by pizza lovers and pizza industry professionals.

Through the iSchool’s EntreTech immersion experience, Scott has inspired countless SU students and LaunchPad entrepreneurs to pursue their passion, whether it’s pizza or artificial intelligence.

This fireside chat is open to the public and though 10 am might be early for pizza, attendees will be treated to coffee and snacks.