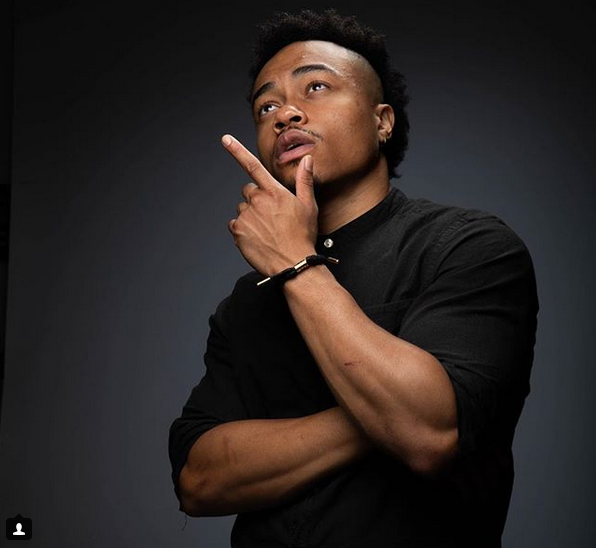 “No discipline seems pleasant at the time, but painful. Later on, however, it produces a harvest of righteousness and peace for those who have been trained by it.”- Matthew 12:11

Whether it’s in casual sayings like, “no pain no gain,” or verses of a biblical proportion, one of the life’s biggest paradox’s is the contradictory idea that pain and discomfort are the path to growth.

Many great people have advocated for this path for growth, from Charles Dickens saying, “Suffering has been stronger than all other teaching,” to Neal Walsch who says, “Life begins at the end of your comfort zone,” or young entrepreneur Ryan Williams, who says, “Without stress there is no growth.”

Ryan Williams is the Co-Founder and Chief Operating Officer of CLLCTVE, a creative marketing agency which targets Generation Z creators and consumers. As a Blackstone LaunchPad Syracuse entrepreneur, Williams has grown tremendously through both his own life experiences and those with his company, stating, “Being in this entrepreneurial space, I’ve realized and started to come into my potential.”

While Ryan, and his company, are currently enjoying the fruits of their success — winning numerous campus competitions, building a successful business, closing contracts with customers, and enjoying recognition — the road up to this point was not short of trials and tribulations. Each of William’s experiences have culminated to shape him into the person he is today.

Growing up in Brooklyn, New York, Ryan spent much of his childhood and teenage years having to overcome personal obstacles, many of which were out of his control. Fighting these battles, he often felt alone and suffered from his sadness.

Managing some of his own personal obstacles, he took a leave from Syracuse University, during his freshman year, deciding to take a break from the university to enlist in the United States armed services.  Here he hoped to find a team building environment that promoted his values of growth and bonding through stressful situations.

The military was a trying experience, but through it he began to find the strength of community and brotherhood. He has lived his life since then, driven by a powerful philosophy of “growth and bonding through stress.”

Reflecting on the lessons derived from this time, Williams recalls, “In that process I had to do a lot of self-reflection, when you stop and pause and really think about why things are happening the way they do, you can anticipate what’s going to happen.”

After spending over a year as a member of our military, Williams returned to Syracuse as a Nutrition Science & Dietetics Major. His second transition into college life was much smoother than the first. He became a certified personal trainer, joined Blackstone Launchpad and became a brother of Alpha Phi Alpha Fraternity Incorporated.

Built through these experiences, when Williams was approached to help build CLLCTVE, he saw it as a culmination. Now a product of his sharpened skills and prior experiences, he was acutely prepared for his oncoming role, saying “When an entrepreneur creates an idea, it usually stems from encountering that problem individually.”

In his role as COO, Williams is often described as the ‘engine’ of the group. He motivates the group with an emphasis on collective action and teamwork, and pushes both himself, and his company, to its limits; pushing barriers and innovating their respective spaces. He sharpens this innovative sword through intense preparation- consisting of constant reflection on the company itself and analyzation of their intended market.

CLLCTVE’s vision and mission plan center around this sense of breaking through and innovating. The agency currently targets Generation Z, aiming to give young, college creatives a platform to develop their skills and truly hone in on their talents.

Much like in his experience with the military, in his entrepreneurial role in the CLLCTVE, Williams is often placed into new and uncomfortable situations.

Led by two ambitious, hard-working entrepreneurs, co-founder Kelsey Davis recalls some early challenges the company faced, saying, “We can fail by trying to scale too quickly, if were not aware of our capabilities given constraints.” It is very easy for a start-up business to be over-ambitious and rush towards their idea of ‘success’. Ironically, by rushing, they miss out on critical information they would need to be successful. Whenever the pace of the company begins to get out of control, Ryan brings the company back to the present moment, helping them to analyze the market and strategize their steps moving forward.

While the first two years have been challenging, filled with their fair share of missteps and step-backs, the agency has grown from these experiences, evolving to serve its clients with more consistency and higher quality. In the last few months, the company has grown tremendously, winning first place awards in Cuse Tank and Hult Prize, and hosting successful conferences like the Art of Finesse, all while continuing to provide great visual and creative content to its clients.

CLLCTVE embodies a spirit Williams has been developing throughout his life, one of preparation, analysis, observation and community building. His goal is to become a beacon of light in the world, “serving my community in a way that really adds value.”

Ultimately, the company would not have been able to illuminate this path, had its founders not had the vision, and courage, to navigate their own uncharted territories. In watching Ryan Williams, and his business, progress, it is clear that they will help blaze a trail for young, college creatives to follow their passions, and grow from their experiences.