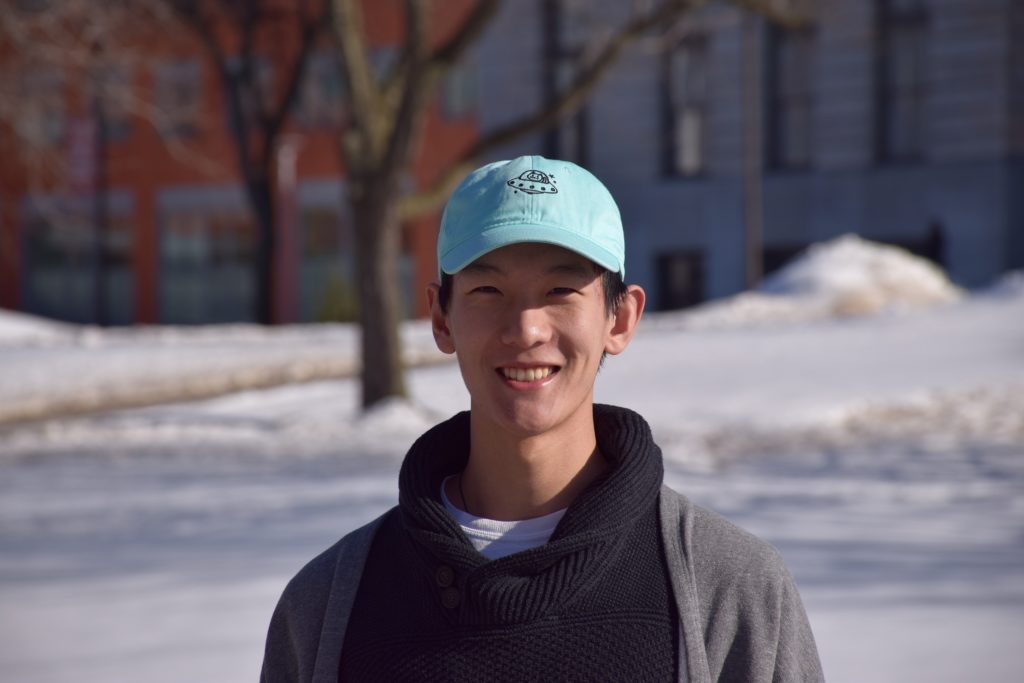 Richard Yang, born and raised in San Francisco, is a junior at Syracuse University, studying finance and management at the Martin J. Whitman School of Management. He currently interns at Wall Street Oasis as a SEO Intern. Some of his previous experiences include spearheading his own startup and interning with a multitude of think tank firms. He has a die-hard passion for the stock market, fintech, and how the economy affects the nation as a whole.

Yang is currently project manager and co-founder of Illumaesthetic, LLC. His startup produces hand-made, custom, LED, light solutions for vehicles. This venture started out as a college project for his co-founder, Adam Bao. They both had a mutual friend who had crashed her lights at a race event and did not want to pay for a new set. Adam, who is an electrical engineer major from UC Berkeley, took it upon himself to make a set of lights for her. From there, he had the idea that this could be turned into a business and the rest is history. Yang naturally gravitated towards this idea as he enjoys working with anything involving cars, considering he had built one from scratch in high school. Illumaesthtetic is based in San Francisco and is an industry-leading custom LED taillights manufacturer assembling lights for cars ensuring the highest quality standards. He is currently expanding from specifically Subaru cars to incorporate other makes and models. Yang overseas all aspects of the business from client inquiries to disassembly, fitting lights, tinting and packaging lights to be shipped out.

Yang attributes his success mainly because of his connections. He was introduced to Adam Bao through a mutual car friend who lived relatively close to him. They would often meet and work on his car and other projects he had. From there, they established an extraordinary relationship, and later, Bao brought Yang onboard Illumaesthetic to help create the business. Besides having connections, Yang also mentioned that he had been surrounded with very supportive figures in his life such as friends and family who encouraged his entrepreneurship. Furthermore, his entire family has had a history of entrepreneurial ventures since both his parents started their own businesses. He believes that having older role models to look up to and gain experience from is crucial. Throughout his entrepreneurial journey, he realized that starting a business is an arduous process, which takes dedication and determination to get the idea off the ground.

Yang stresses that getting the idea is the easy part but getting the ball rolling can be challenging. In Yang’s situation, he acknowledges that he has been blessed at Illumaesthetic because he and Adam know high-priority individuals within the car community who have supported them and helped spread the word. Another piece of advice that Yang touches upon is understanding that plans can change along the way. While having a structured plan with specific deadlines is a huge bonus within an organizational standpoint — unexpected events can occur and his best advice is to be prepared for the worst.

The toughest challenge for Yang initially, was telling his parents he was starting a business while still in high school. As typical Chinese parents, they wanted him to focus on his academics. However, they came to see that this was a perfect opportunity for him to develop as an independent individual taking on a project that he was passionate about.

Reflecting on his past, Yang believes failure should be used to perfect your craft in creating an exceptional business. Yang encourages asking for help although many view it as a weakness. He humbles this idea as being brave enough to accept criticism and adapt to his audience. Having aspirations to start a business at such a young age, he was influenced by a couple figures in his life. Yang mentions that his father had a heavy influence on his entrepreneurial spirit. He emigrated from China with his mother and sister and started from scratch building his company. His current business entails manufacturing and venture capitalism for clothing, skateboard, and misc. companies. Two of the biggest brands that his father collaborates with are Diamond Supply Co. and Hemp2O. As an immigrant with basic English fluency, he managed to leverage that to become as successful as he is now which Yang admires immensely. Yang’s father provided for his family and taught him everything from basic accounting, how to conduct interviews, sending emails, and the general mentality of any business owner. The mentality that Yang’s father drilled into him as a young businessman propelled him to seek answers on his own since he feels a greater sense of accomplishment and reward rather than just asking for the answer. Although it is more challenging and somewhat daunting, the output is worth it.

For the many aspiring entrepreneurs wanting to go down this path, he advises them to “take the dive into it.” Yang emphasizes that an idea, is only an idea until you take the plunge. While there are horror stories of how some companies crash and burn, you have to have confidence and faith in yourself. If you have a trusted partner, a solid idea, and a die-hard passion — you are going to go far. Advice for starting out is to not be afraid to ask for help when needed from experienced individuals. More exposure to your business results in increased opportunities to refine your idea and create more opportunities to expand your busines

Entrepreneurship encompasses dealing with change and adapting to the climate to cater to your audience. Yang, enjoys change. Although he enjoys being in a comfortable place, change is needed to grow independence and maturity. He ties the idea of change within his life with his choice in coming to Syracuse. Yang is a native Californian that wanted to experience and witness what life was on the East coast. The reasoning behind the choice was to have the experience of viewing various aspects of life is both intriguing and interesting.

Technological advancements have facilitated the rise of a multitude of business and media outlets and opportunities. Yang finds inspiration on the internet, namely YouTube videos, forums, and overall in his every day experiences. A platform where Yang gains most of his inspiration for his business is Instagram. As a car person, he loves seeing what other people’s builds are and takes away things that he likes and does not like. While others express themselves through art, music, or what not, he has found that cars are his blank canvas that he can express who he is as an individual through a unique medium.

A successful entrepreneur, defined by Yang, is having the right mindset within their industry and having the willingness to take on experimental challenges. To be a successful entrepreneur, you need to be someone who is not fazed upon rejection, being able to articulate himself/herself, and overall knowing what he/she wants to achieve and how to get there. Success is a broad terms which is used in a multitude of different contexts. In Yang’s case, he believes himself to be somewhat successful because he was able to establish a respected business that he is passionate about. Others would base it on the amount of profit, or the total market share, or some other tangible factor. However, Yang’s main concern is his passion towards his business.

Yang believes in assisting young entrepreneurs develop their ideas and work with those individuals’ ideas to fruition. He encourages leaders of all mediums to provide more opportunities for students, or anyone, to work at a start-up. The cultural difference and vibe of start-up culture is contagious. The culture of startup is where everyone is very involved and motivated towards working to a common goal. While start-ups are like wildfire, he feels once people experience what it’s like to work at a start-up, from any stage, it’s just a good learning environment overall.

Looking forward five years, Yang is hoping to lead the industry with some subsidiaries. Illumaestetics is the only company producing quality, handmade custom LED lights. Oversea competitors are producing poor quality lights, which is where Yang wants to highlight the quality of his products. While lights are generally expensive ($1,500 is the starting price), Yang plans on making lower end models that do not sacrifice on quality to ensure expanding to broader target markets. In terms of finishing his degree in Whitman, he hopes to have worked in either equity research, VC, or a startup in the San Francisco or New York City area.