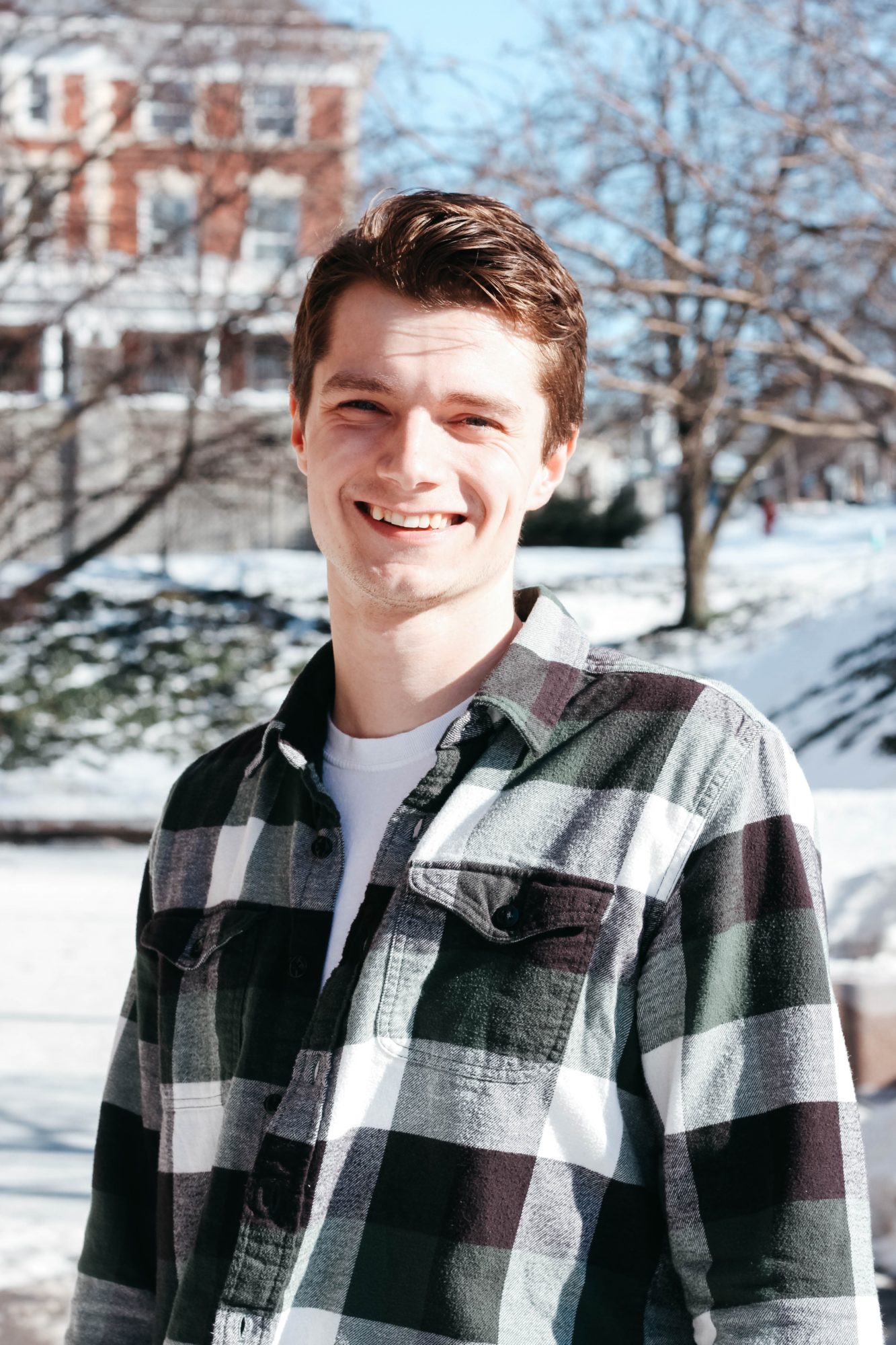 Growing up in a small town in Maine, Quinn King looked up to his grandfather, a serial entrepreneur who was always working with his hands to build something new. Seeing his grandfather’s success, King developed a passion for innovation which would eventually lead him to creating something that would change his life.

Now King ’20 is an Industrial and Interaction Design student in the College of Visual and Performing Arts. But he wasn’t always the charismatic entrepreneur he is today. He recalled what it felt like to come from such a small town to the size of Syracuse University, and notes that he felt like “a country mouse in a big city.” But that didn’t stop him for connecting with others, including business partner and classmate Alec Gillinder ‘20.

When King and Gillinder began to see advertisements for Invent@SU throughout the school year, they were instantly intrigued by the idea of spending the summer innovating new solutions together. Yet, they had no idea that they would go on to create Liberating Intravenous, or L-IV, a portable alternative to the standard IV treatment, and eventually win first place in the six-week invention accelerator program. The idea was sparked from King’s own personal experience and pain point, seeing his mother having to go through IV treatment from cancer, and wanting to make that process better for her. L-IV is a portable and adjustable IV treatment option that produces the same mass flow rate as the standard IV.

After Invent@SU, the team knew they wanted to continue with this venture, eventually creating MedUX LLC, which aims to “create innovative medical products through user-centered design.” Right now, the team is focusing on bringing L-IV to market, currently creating the final prototype for manufacturing and working through creating an FDA roadmap. This steadfast and determined team has developed a great team of advisors and mentors who have been helping them along the way, with King saying, “We’re really excited to talk to anyone who is excited about our product.” He also notes that over the past year, “I’ve learned how to network like a pro, and that a joint Google calendar with Alec has been life-changing.”

King recalls a few moments as stand-out moments over the past year, but his favorite was during the first week of Invent@SU. During the first week, the team had begun to reach out to nurses in the area to get primary customer discovery regarding their initial design of L-IV. Although they had expected to get some useful information, they never anticipated the response that their idea generated. “The nurse had said to us, Listen, you have something here. Don’t think of this as a side project, this is something that could really help people.”

When asked about what is life dream is, King smiled and said, “I would honestly really want to be a mad inventor in his garage making new things, taking on the newest and best products to help others.” He then immediately responded with, “Wait, can I make that my tag line? ‘Quinn King, Mad Inventor.’ It has a really nice sound to it.”

King is often seen in the Blackstone LaunchPad in Bird Library working on developing MedUX, practicing pitches, or in meetings with mentors and experts in their fields. The MedUX team will be competing in this year’s ACC InVenture Prize, along with other SU innovators.  Head over to the SU Warehouse or the LaunchPad to hear all about how this team is changing the way we view portable medical devices, and aiding others to have an improved quality of life.