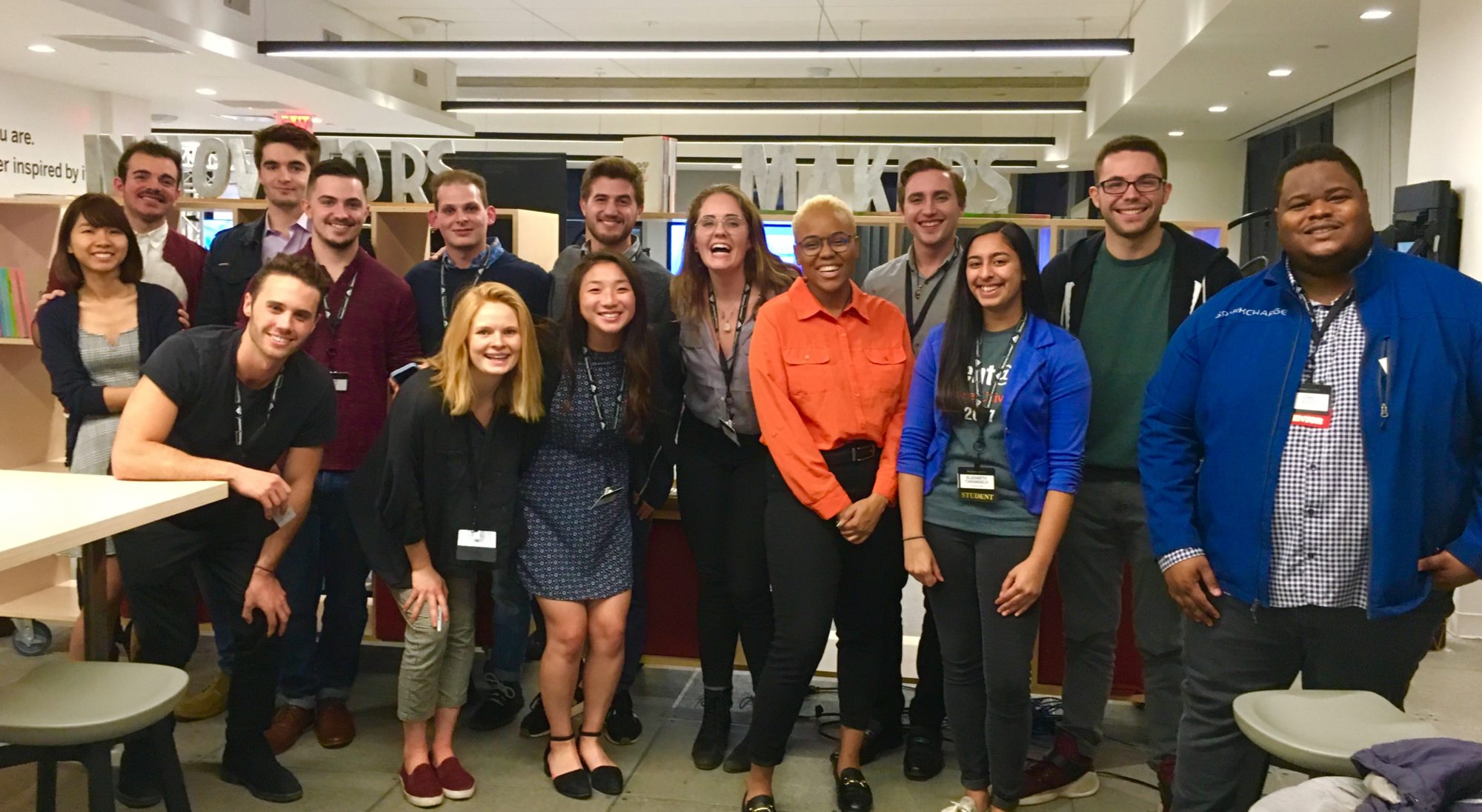 In addition, Visos, founded by Matt Schumer, will be attending the event as a graduate of the Techstars LaunchPad Lift Program.  See the Visos Techstars video, also produced by DeVito, here:

The event will include a “mentor madness” session where student teams meet more than 50 business and industry experts from the Blackstone and Techstars networks. Day two features remarks by Jon Gray, President and COO of Blackstone, before breakout workshops led by experienced entrepreneurs and industry professionals covering topics such as marketing, sales, fundraising, and more. Throughout Propel, the leading teams accepted from each LaunchPad school will also be pitching their business ideas to a live audience and Blackstone and Techstars judges. The competition will culminate in one team being awarded a $10,000 prize, in-kind support services, and a guaranteed spot in this spring’s LaunchPad Lift cohort.

Syracuse University sophomore Matt Shumer, founder of Visos and a graduate of the summer 2019 LaunchPad Lift program, will also be attending the event, and sharing his experiences with Blackstone and Techstars executives.

“This event is one of the best ways for LaunchPad campuses to showcase their student ventures and for student founders to practice pitching in front of a large audience,” said Erica Lock, Vice President with the Blackstone Charitable Foundation. “Every year we look forward to seeing what market solutions these LaunchPad students have come up with – and then provide them with unparalleled access to the Blackstone and Techstars networks of experts. More than the advice itself, the relationships that they build at events like this are critical to future success in their ventures and careers.”