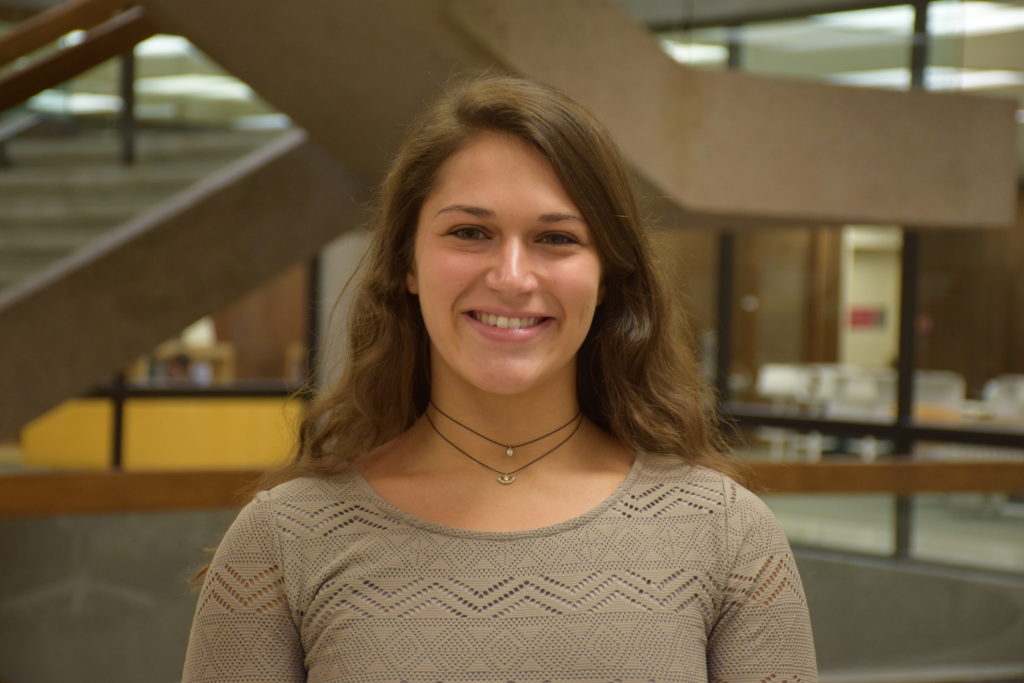 When Angelica O’Hara decided to take part in the Invent@SU accelerator program at Syracuse University this past summer at the New York City campus, she had no idea that she would walk out with an award-winning invention.

A bioengineer in the College of Engineering and Computer Science, O’Hara knew she wanted to create an invention that would make an impact in the healthcare field and create change in her community. Always looking for a challenge, she and her co-inventor Ibnul Kayes Rafi ‘18, decided to hit the ground running.

The problem they chose to tackle? Using smart data for better patient management in emergency medical situations, especially in the critical interval between when patients receive initial triage and the point of actual treatment, when their conditions can quickly change.  A patient who was not deemed initially critical can rapidly change and demand more immediate treatment.  That knowledge may make the difference between life and death.

But emergency medical personnel may not know that, if they are working from initial triage info.  They don’t have real time access to post triage patient data.  From that challenge, came Prioritage.

Prioritage is a device that allows first responders to put armband units on multiple patients in order to measure vital signs and relay those indicators to a central onsite monitoring device. From there, the monitoring device, with smart algorithms, will sort patients from most critical to least critical during disaster situations, continually assessing their situation.

“Many times EMTs will have to make judgement calls, and then have no way to monitor a patient after initial triage,” says O’Hara.  “If  a patient’s condition becomes more serious over time, and it still categorized as less critical, it may be too long until that person receives essential treatment.”  Watching for signs such as plummeting blood pressure or cardiac distress in real time can make all the difference in patient outcomes.

The team knew that they had achieved something special when they were able to fix a bug in their prototype software, and make the device function as it they intended. Working on the code for days, when an LED finally lit up, it was enough to give the team hope that this was possible.  O’Hara even accidentally shorted out her laptop trying to debug the code.

But, the biggest a-ha moment for the team, was even before they learned they had won first place in the New York City campus competition.  They realized that they had developed something over the course of six weeks that were incredibly proud of, and had already intended on taking the next steps after the program ended.

However, hearing their name called as first place winner was something that made them realize how much potential this product had, and how much support existed for their concept.

When asked about her advice to next year’s Invent@SU class, O’Hara confidently says, “Don’t hold yourself back because you don’t think that you can do it.  Take that leap and aim for it. And even if you don’t win, just say, ‘I’m still here, I still did this, and I’m proud of this.’ You had this experience and opportunity.”

But the work doesn’t stop at Invent@SU. O’Hara is continuing to develop her invention and business plan by working with the Blackstone LaunchPad, along with applying to different competitions around Syracuse University. She also enrolled in the upcoming NSF I-Corps course the next two weekends at the Blackstone LaunchPad.  The National Science Foundation (NSF) I-Corps program prepares scientists and engineers to extend their focus beyond the university laboratory, and accelerates projects that are ready to move toward commercialization. The I-Corps short course will help O’Hara gain skills in entrepreneurship through training in customer discovery and guidance from established entrepreneurs.

Even after rapidly prototyping, testing and iterating Prioritage, she has a collection of new ideas and innovations to work on.  “I have this list of notes that are just ideas. I knew that I should keep it going, knowing that I can definitely accomplish this at some point in my life”.