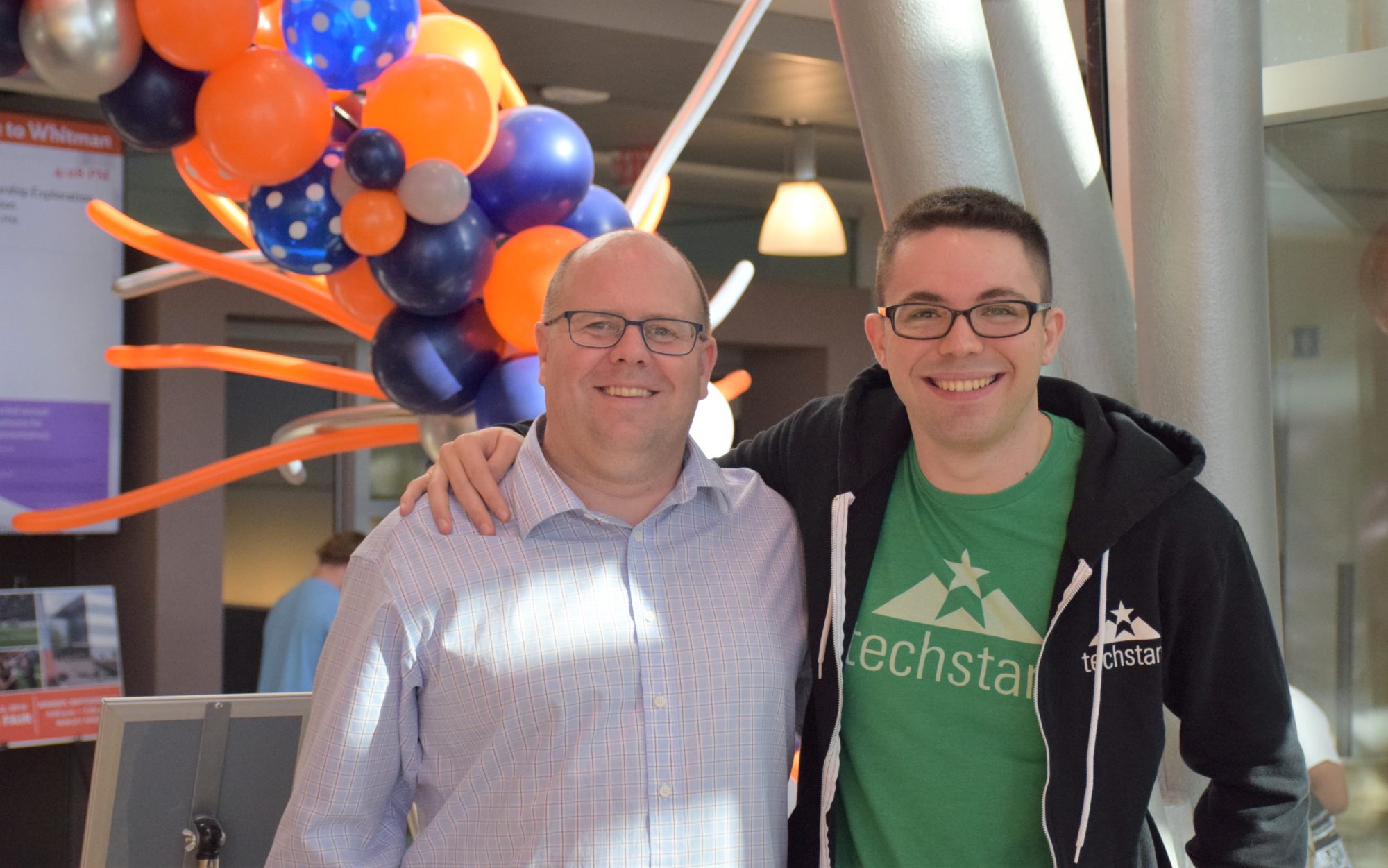 It was a great week for AJ Damiano ’18 (Whitman), LaunchPad and Techstars Atlanta alumnus, and co-founder of PowerSpike.  AJ returned to Syracuse last weekend to serve as master of ceremonies for the first ever Techstars Blackstone LaunchPad Startup Weekend at Syracuse University.  He also announced that he closed $1.4 million from investors such as The Sixers Innovation Lab Crafted by Kimball, Techstars Atlanta – in partnership with Cox Enterprises, Dorm Room Fund, among others, and he closed a major, multi-million customer deal during the middle of the Startup Weekend — another milestone he shared with the 165 student innovators who attended the weekend.

AJ’s presence, and his announcements, were energizing and motivating for the student teams pitching for the $1,000 in prize awards generously provided by the Martin J. Whitman School of Management, for Startup Weekend. (Pictured here, Whitman Associate Dean, Alex McKelvie with AJ Damiano, at the opening kickoff of Startup Weekend)

This weekend, AJ and the PowerSpike team will “paint the town purple” at TwitchCon, the world’s largest annual convention for the live streaming video platform, Twitch.tv, attended by streamers, journalists, technologists, startups and industry leaders, celebrities, and scores of fans who are part of the exploding video game streaming and gaming-on-demand global community. More than 50,000 people typically attend the event, which is being held this year in San Diego from September 27 to 29.

PowerSpike utilizes innovative marketplace and AI technology to help livestreaming influencers find and develop relationships with potential sponsors and allow brands to sponsor streamers to accelerate business growth with live streaming influencer marketing.  The platform allows streamers to apply to sponsorships from their favorite brands and provides them with a secure method of receiving payment for their work. For brands and marketers, the platform serves as a tool they can use to discover and hire new influencers and save time when communicating and managing existing talent.

AJ is building the company in Upstate New York, working out of Saratoga and Syracuse, where his co-founder, Michael Paris is a senior at Syracuse University (’20 VPA) majoring in communications design.