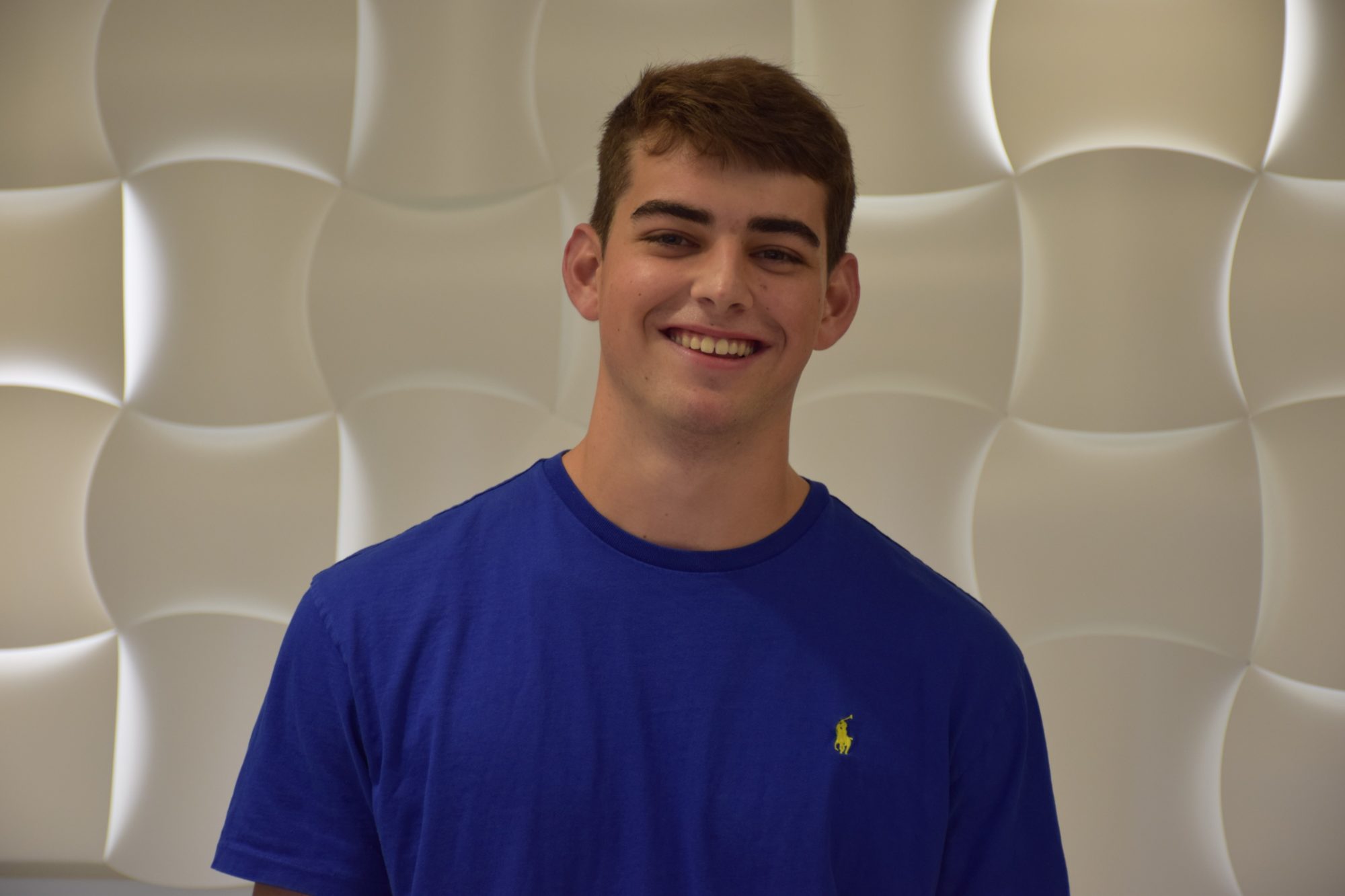 Peter ‘20 (above) and Rick Mignacca ‘18 are the perfect package for an entrepreneurial venture. They’re passionate and determined, with a great mix of skills that compliment each other. But what makes this pair stand out is that they’re brothers who’ve been innovating together for years.

Having been sparking up ideas their entire childhood, when they saw the application for the Invent@SU Accelerator Program at Syracuse University, it was a no-brainer that they had to apply, and to apply together. They knew there was no better opportunity to really develop an idea then the six-week immersive invention program.

Peter is a Supply Chain and Entrepreneurship double major in the Whitman School of Management, while Rick is an SU alum who majored in Chemical Engineering at the College of Engineering and Computer Science. This gave the team an interesting perspective when coming up with new and innovative solutions for problems during the program. The two approached inventing by choosing a target market first, and then coming up with a solution that would benefit that group, instead of creating something that would then move towards a particular demographic.

The team’s research definitely paid off, and they found research that would be the spark of their invention, TowelVAC.

TowelVAC is an alternative to a hairdryer that focuses on drying hair faster with less damage than the standard hair dryer. It looks like a towel, but inside has an array of tubes and a vacuum pump that sucks out the moisture from the hair while inside of the towel. The device features both the towel with tubes, but also a neck rest that carries the batteries, pump, and mechanical equipment. The invention came from research the pair had done on consumer products, learning that “80% of the consumer market is spend on, or spent by, women, so we wanted to think outside of the box to come up with a disruptive product that would actually help with hair health,” Peter said.

The most challenging part for the brothers was developing the prototype itself, exactly how it was going to be designed. “We joke around that we entered into a 6-week course on vacuum engineering, but it was a really amazing learning experience, even during the challenging times,” Peter remarked. Peter also reflected on how blow dryers inflict a great deal of heat damage onto hair, and how a vacuum pump would be a significant step to avoid this damage.

While in the Invent@SU program, the brothers got to perform some testing on their product in comparison to a microfiber towel, which is a highly absorbent and frizz-reducing towel. “We knew we had to beat the microfiber towel,” Peter said, “So when we went into testing, we had to be able to learn how to analyze quantitative data to see if our product had value. “And the testing was incredibly successful, with the TowelVAC being 50% quicker at drying hair than a microfiber towel.

When asked about what would be their advice to next year’s Invent@SU class, Peter’s advice was practical and supportive. “Planning and organization is the most important part, at least for me. Having things figured out step by step, once you have your idea generated, that was the most beneficial thing to me,” Peter commented, “But make sure you’re being friendly. That’s one of the best parts of this program, meeting other people passionate about innovation.”

Going forward, the team is looking forward to developing their invention further. They plan on creating another prototype, filing a Non-Provisional Patent Application, and want to continue performing customer discovery. “I love being able to get feedback, see if there’s potential. We’re still trying to really evaluate the need and what it can do for our target market,” said Peter.

Learn more about the team at business plan competitions and at the Blackstone LaunchPad, so stop by and ask about this their plans to change the efficiency of hair dryers forever.