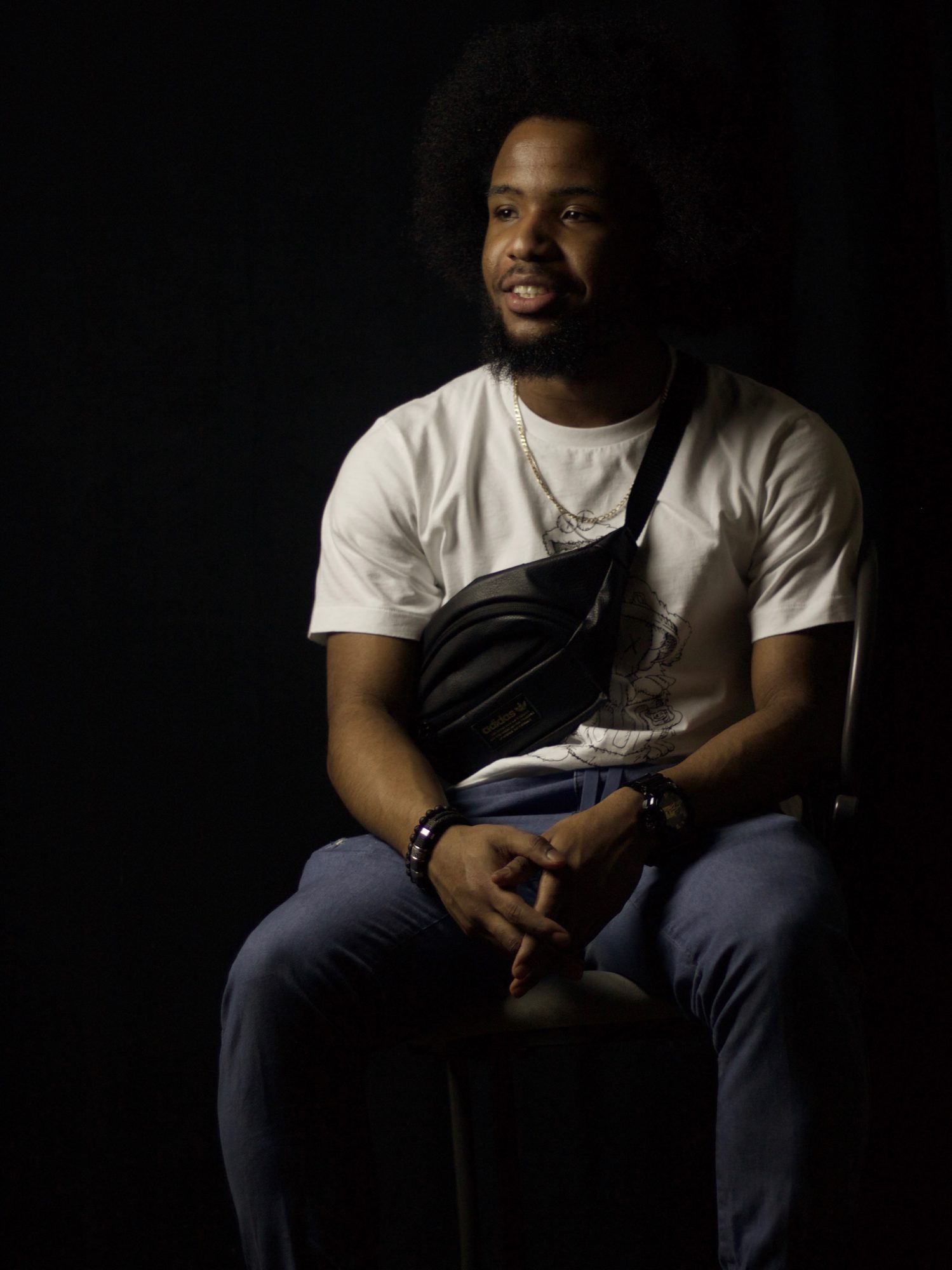 With a unique style, a memorable moniker, and a self-titled platform, creative entrepreneur Nathan Spurlin, uses his opinions on rap music to teach, inform and impact his listeners. Spurlin, a WERW radio host, the creator of a unique blogging platform, OLDMLK.com, a music columnist for the Daily Orange, and a junior Communications and Rhetorical Studies major, has followed his instincts to become the person he is today.

Born in Chicago and raised in Brooklyn, Spurlin, remembers his early experiences as crucial steps on his journey. He attended a small high school called Bedford Academy, with a graduating class of just under 100 students. During those years, his favorite pass-time was debating. Whether it was professional sports or music, he enjoyed challenging conventions with his witty retorts and broad knowledge base. Finding his first love in debate, he began to develop his love of hip-hop during his freshman year of college.

He remembers a defining moment coming in his male empowerment class. As he tells it, “my teacher liked to play Lupe Fiasco a lot. One day, he played the video ‘B*tch Bad’ by Lupe Fiasco, and basically broke it down for us- how do black women view black men and vice versa. After hearing the song and its message, I realized the power of hip-hop, and started listening to the music more.”

During his freshman year at Syracuse University, a concert headlined by Lil Uzi Vert, Lil Yachty and Dave East, crystalized Nathan’s passion for rap music. From this point, he decided to pursue a career in hip-hop commentary. Immersing himself in more music, instead of just playing the hot and new songs, he began listening to complete projects, start-to-finish. This new approach to music translated into a role at SU’s WERW radio station. It also led to his music reviews.

“I would go through an album, track by track, and screenshot it. After that, I would grade it based on fire emoji’s and put it up on Snapchat. At the time, I was just doing it for fun- I can tell who’s trash or not and I can put people on to fire music,” he said.

After a few months, these short Snapchat reviews evolved into concise, one or two sentence reviews. He gave the album Without Warning an 8.5 out of 10 saying, “There is not one trash song on this whole tape.” After he got a handle on this format, Nathan continued to evolve, stating, “Drake’s album, Scorpion, was the first album where I started explaining more, why I do or do not like the song, things just kind of took off from there.”

Presupposed by a successful blog called, “Oldmlktheblog”, the official platform, OLDMLK.com released on October 5, 2018. Coming out the gates with a boom, with poetry and a radio show and three album reviews, the release of his official website was a landmark occasion. He had created a platform, “powered by The Ear, The Eye and The Mind,” where he could express his thoughts and grow as a creative.

“When I first started doing my blogs, I would put it out and text all of my friends. But compared to the people I thought we’re my friends who I sent it to, I wouldn’t get those views back,” said Spurlin. Initially, this made him defensive, “I would start pressing them like, “did you read my work.’”  From experiences like this, he learned the value of truly engaging an audience, saying simply, “you have to find a way to make people care”.

He has continued to work hard toward his goals, finding ways to make people care. The blog produces content at a rapid place, releasing playlists, album reviews, poetry and a weekly podcast on a regular basis. He recently began his fourth semester on WERW’s show “It’s All Opinion,” while becoming a new columnist for the #1 ranked student newspaper, the Daily Orange.

Trusting his instincts, and a mantra of “patiently dreaming consistently,” Spurlin’s platform OLDMLK, along with his persona have grown tremendously. On what he has learned in the last year, he says, “You need to be consistent. You need to have patience, not everything is come to you at once. And you need to know that it’s okay to dream. Maybe you might be the next game changer, but that doesn’t happen unless you dream.”

Nathan Spurlin wishes his work to engage and inform. He plans to continue developing, with ambitions to become “one of the most known hip-hop opinions ever.”