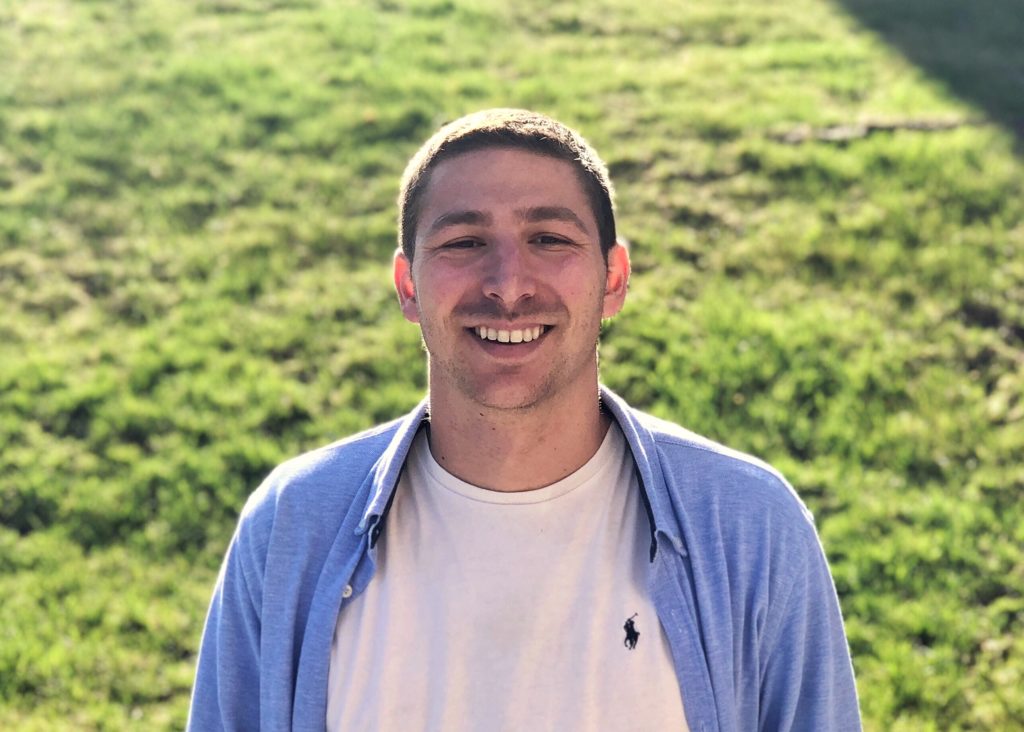 An entrepreneur is someone who finds an opportunity in the market and creates a solution for it through innovation, passion and design. Not many people stop to think about organizing the paint they use in their homes, but Michael Leffler G’17 sure did. He noticed that lots of people around him, including himself, tended to misplace or forget the color of paints they used in their home. When it came time to repaint rooms in the house, it was always a challenge to remember the color and location of the paint they used. This almost always leads to going through the trouble of trying to color-match and buy new paint, a hassle that Michael believes he can solve for good.

Michael, a huge sports fan from Melville, NY, is a down-to-earth visionary. He stays true to his passions, including a sleepaway camp he used to attend and worked his way up to counselor and eventually group manager. By whole-heartedly supporting a constantly disappointing New York Jets football team, it is clear Michael sticks to his beliefs and uses his experiences to grow into a better leader, student, and person. He hopes to one day own and run one of the beloved sleepaway camps he has always been a part of, and becoming an entrepreneur through The Paint Crate might be the first step towards that goal.

The Paint Crate, in its current state, is a working design for a storage  unit that keeps house paint inventory organized, clean, and easy to find. The Paint Crate is targeted at homeowners who paint their homes and tend to forget where the paint went, what color it is exactly (is that frost white or snow white?), and need a convenient way to keep  paint safe and organized. By using a unique design, Michael is building the Paint Crate to have individual components that are easily stored and interchangeably marked in the crate, using included labels to mark them by color, location, and other variables.

Once Michael found that no product like his existed, he quickly seized the opportunity by connecting with experts in the field and gathering feedback to achieve an ideal design for his target market. As an accounting major as an undergraduate and graduate student at Syracuse University, he is no stranger to the intricacies of the pricing and process of product development. The Paint Crate actually came directly out of his Syracuse experience, as his Capstone project required him to develop a product and business plan to present to a panel of faculty and outside experts.

Michael says as his team neared the final days of research for the project, his mom reached out and introduced the idea of garage organization, as she had noticed most people tend to misplace paint cans after storing them. After taking a look himself, Michael found this problem was very common and saw an opportunity to create a product meant to tackle the issue of organization and paint-negligence. Michael understood the gravity of his product and, with the support of Whitman faculty members and a motivating Shark Tank episode, decided to continue on with The Paint Crate even after the Capstone project completed. He competed in campus business plan competitions and continued to work on his design and business model.

Michael says his three keys to starting the company have been communication, networking, and organization. Communicating with mentors and experts has been a huge aspect of Michael’s success to date. “You want as much advice as you possibly can from people who have the experience and that you respect.”

With this attitude, he expanded his network into industries he had never experienced before. By constantly communicating with his connections, introducing himself to new people, and organizing the notes and feedback he receives efficiently, Michael has been doing everything necessary to gather market information and effectively use it to build his product.

What’s next for Michael? As The Paint Crate continues to grow, he sees no ceiling for his company. His goals include pitching for Shark Tank type investments and growth opportunities from expanding the product line to entering mainstream hardware stores like Lowe’s or Home Depot. He believes that eventually his company can be acquired by a major paint supply company, and perhaps he can use that money to fund his dream sleepaway camp. The future looks bright for Michael, and he will continue to use his experiences and connections to build toward his dream, and hopefully once The Paint Crate takes off, the everyday homeowner will never misplace their paint again.