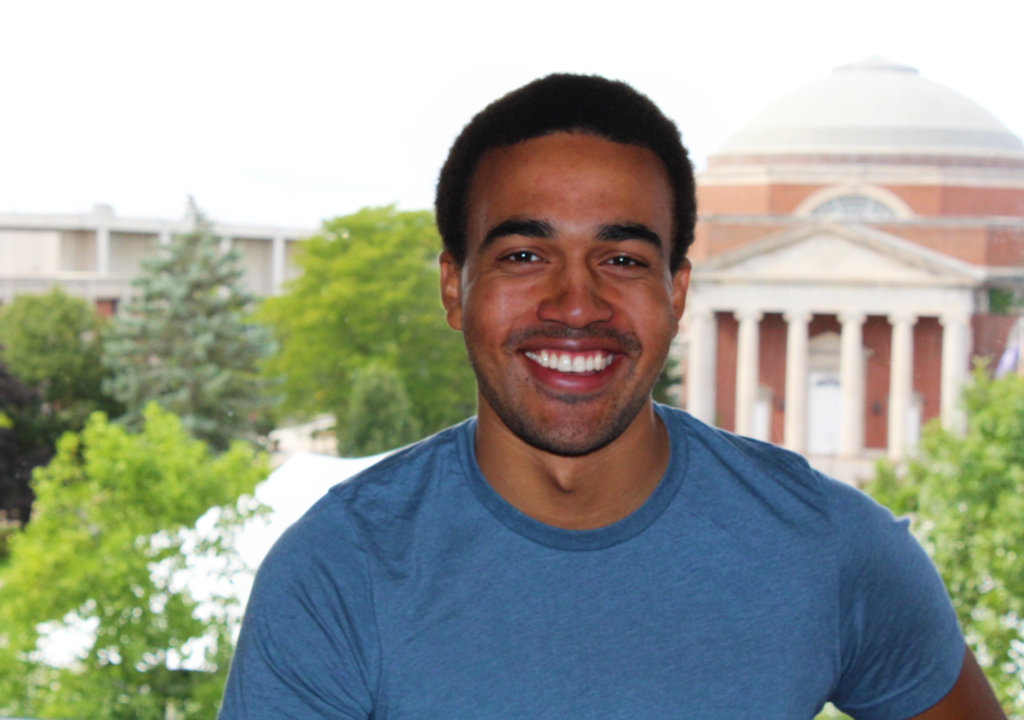 Attila Melegh ’19 has been selected by the Blackstone LaunchPad as Syracuse University’s Dorm Room Fund campus ambassador for the 2018 – 2019 academic year.

First Round provides seed-stage funding and focuses on portfolio companies’ growth during their first 18 months. It has offices in San Francisco, Philadelphia and New York. Fortune Magazine dubbed it the most connected venture network in the Silicon Valley.  In 2012, the firm launched and funded Dorm Room Fund for college startups.  Since launching, DRF has invested in 150 startups where at least one person on the founding team is a student (undergraduate or graduate).  Those ventures have gone to raise $300 million from partner funds.

As DRF campus ambassador at Syracuse, Melegh will work with Blackstone LaunchPad student startups on methods to test their concepts through customer discovery, and build go-to market strategies, and coordinate DRF conversations with founders.

Melegh, from Seattle, is a College of Engineering and Computer Science aerospace major and physics minor.  He is also a student entrepreneur with impressive traction.  He is founder of Indūlo, an augmented reality platform powered by deep learning algorithms, that allows users to try on accessories such as eyewear (and eventually full-body fashion and accessories), to create an interactive experience that simulates the real-world “augmented” by computer-generated perceptual information, sometimes across multiple sensory modalities.

Melegh’s working prototype is already more sophisticated than anything else in the market, he says.  He is in discussion with major brands about launching a beta project in conjunction with Cyber Monday, and is already actively discussing letters of interest from premium eyewear fashion leaders.

He has also been in discussion with Dorm Room Fund about seed funding, and was recently accepted into YC StartupSchool.

Startup School is a competitive online course to help guide startup founders through the earliest, most difficult challenges of starting a company.  This year, for the first time ever, Startup School will give $10,000 in equity-free funding to 100 of the most promising companies that join and complete the course. Those companies will also receive a video interview with a YC partner and a chance to apply to a future YC batch.  Faculty include YC co-founder Paul Graham, YC Partners like President Sam Altman and CEO Michael Seibel, as well as notable founders from the startup community.

“I didn’t plan on becoming an entrepreneur,” he says candidly, when describing his own journey.  “I saw a problem. I created a solution. Now I am bringing it to the world.”

His advice to other aspiring entrepreneurs is simple but powerful. “Prove your idea. Talk to customers.  Make sure it is something that can be big.  Make it exciting. Then go out and build it.”  It’s the path he has followed, with the best advice he received from advisors who are industry leaders.  “Just do it.”

As he works with entrepreneurs to help prepare them for diligence through Dorm Room Fund, he will be looking for similar qualities in student startups.  “I have a bias toward action on the part of a founder.”  He’s also seeking intelligence, “Not just in the conventional sense, but also in the intuitive sense — someone who can learn quickly, figure out how to get information, make connections, and execute quickly.”

Those qualities are also valued by DRF.  Syracuse University student startups are described by many as “bootstrapping, scrappy and very, very smart.”

To learn more or make an appointment, e-mail LaunchPad@syr.edu