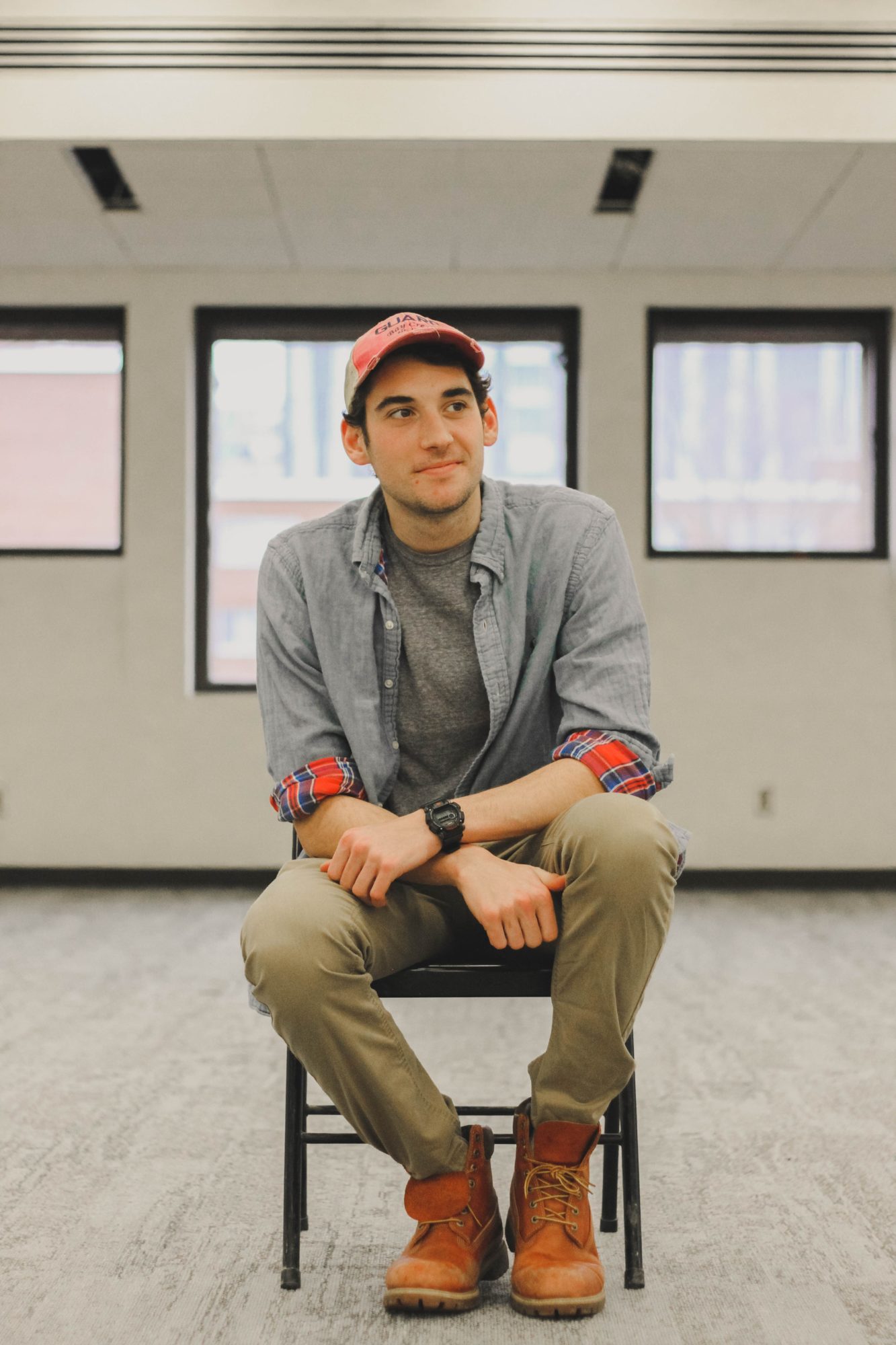 Will DeVito, a junior television, radio and film major at the S.I. Newhouse School of Communications, and marketing minor from Long Island, New York, is the Blackstone LaunchPad’s new Global Media Fellow and Digital Storyteller.

Always passionate about storytelling, DeVito grew up making skit videos, acting in high school plays, and coming from a family of advertisers. Digital storytelling was a medium that allowed DeVito’s stories to have reach, and gave him a platform to do his favorite thing – make others laugh. His drive to make others laugh, or as he says, “Even that little exhale out of your nose,” is absolutely clear in his work, which brings an earnest and wholesome feel to everything that he does. “Humor needs to be a part of the story for me – that connects all of us,” he said. “In the void of everything that is confusing, humor is a consistent bottom line, at least for me.” DeVito has recently begun performing stand-up, and cites comedians such as John Mulaney and Hasan Minhaj as comedic inspiration.

He is also a member of Orange Seeds and First Year Players as an Acting Coach, through the Office of First Year and Transfer Programs. He’s also a member of the Cinematic Arts Fraternity, DKA. He credits these organizations for giving him a community outside of home, allowing him to really grow into who he is today. Even his LaunchPad journey began as a student, in EEE370 more than a year ago, where he created Bonfire in a Bin. Bonfire in a Bin — an all in one product to build bonfires that follow beach guidelines. In the course, DeVito and his partner came up with the idea, and myriad of others, by using the challenge, “Come up with an idea you are passionat about, solves a problem, and run with it.  It’s okay to be wild.” The Bonfire in a Bin team took that to heart, and won best product in class, earning “$6 million in Launch Dollars for their idea, and even ended up winning real funding in last year’s RvD iPrize in the products category. “We won money because we came up with something that we were excited about, and we were able to convey our idea and business model in a passionate and enthusiastic way that people responded to.”

DeVito is excited about his new role at the LaunchPad, and is looking forward to seeing what he can do to help entrepreneurs share their stories. “I love new things, and this is definitely another fun, new thing,” he said. On day one,  he was whisked off onto an adventure with the LaunchPad team and immediately went to work helping a OptechVR, another student startup make a pitch video for a major competition. “I love the LaunchPad because I get to hear amazing stories from all of these different people and what made them want to build all these different types of companies.”

Make sure to head over to the Blackstone LaunchPad to meet Will, and check out some of his work here: www. wfdevito.wixsite.com/home