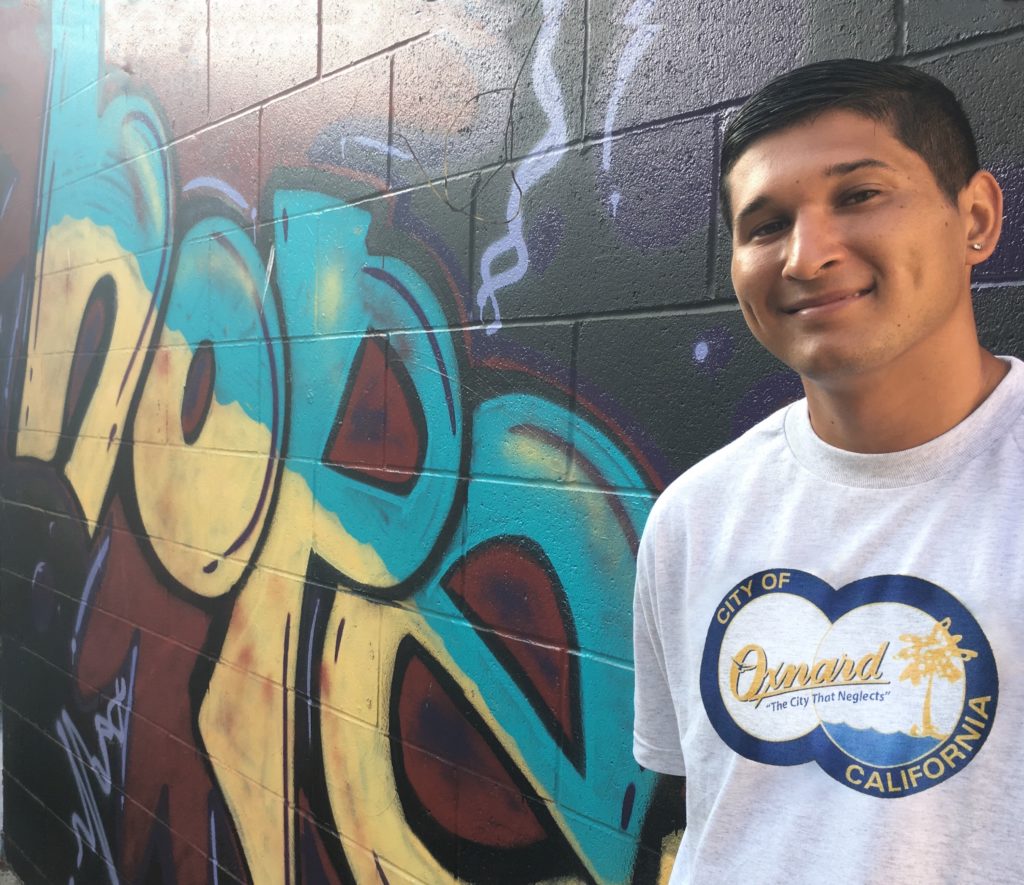 Martín Alberto Gonzalez is a social entrepreneur in the truest sense. With perseverance and passion, he keeps working to impact his community, Oxnard, California, along with other communities alike.  As a doctoral candidate in the Cultural Foundations of Education department, his research focuses on the experiences of Students of Color, specifically Mexican American students, in higher education. His preliminary research findings coupled with collaborations  working with Mexican American undergraduates has shown importance and value, and has informed his new self-published book, 21 Miles  of Scenic Beauty… and then Oxnard: Counterstories and Testimonies.

His observations as the youngest of seven and the only one in his very talented family to attend college.  His undergraduate experience at California State University, Northridge (CSUN)) greatly informs the social entrepreneur that he is today. Growing up, he personally witnessed his parents and older siblings hustle and work with the limited resources they were given.

Still, immediately after he was admitted to CSUN, Gonzalez was placed in remedial English classes, where he was expected to learn and replicate standardized English through his writing. However, he gradually realized that standardized English not only limited how  he wanted to express himself, but also systematically excluded him and his community from pursuing a higher education.

From being placed in remedial classes to becoming a self-published author and the first in Syracuse University’s history to receive the Ford Foundational Predoctoral Fellowship, Gonzalez is a prime example of what the entrepreneurial spirit can do for you. Early on, he understood the detrimental impact of labels and the importance of navigating his endeavors strategically. He never let labels define who he is, and constantly sought out a community that recognized him as a knowledge producer, which ultimately propelled  him forward.

In his book, 21 Miles  of Scenic Beauty… and then Oxnard: Counterstories and Testimonies, Gonzalez utilizes counterstories and testimonies to combat his community’s negative reputation. Inspired by his mission to empower members of his community and others alike, he frequently presents at local schools across all grade levels, including higher education. Without a doubt, his entrepreneurial efforts have been rewarding. He has gained recognition and support for his book in and outside of his community. One of those communities is Syracuse. He recently presented his book at La  Casita, a local cultural center in Syracuse, and donated all proceeds from his book sales to the “Diversity for Reading” program.

Apart from empowering communities through his talks and presentations, Gonzalez has several initiatives related to his book project that have generated benefits for Oxnard students. One of his initiatives is titled, “Buttons for Books.” With this initiative,  Gonzalez sells Oxnard-custom buttons to raise money to donate copies of his book to Oxnard students and schools. His donations  are made in an effort to instill the importance of providing Oxnard students an opportunity to read an Oxnard author and a culturally relevant book.

Gonzalez’s  second initiative is called, “Stickers for Scholarships.” Through this initiative, he sells Oxnard-custom stickers which serves as a scholarship opportunity to help students from Oxnard who are limited financially and unable to complete their college applications to their respective/prospective universities. Eventually, he hopes to raise enough money to pay for students’ college application fees.

Without  a doubt, Gonzalez is a social entrepreneur and producer/distributor of knowledge. Undoubtedly, he creates and inspires change in his community and others alike.

You can visit his website at http://vivaoxnard.bigcartel.com for more information about his products and mission.