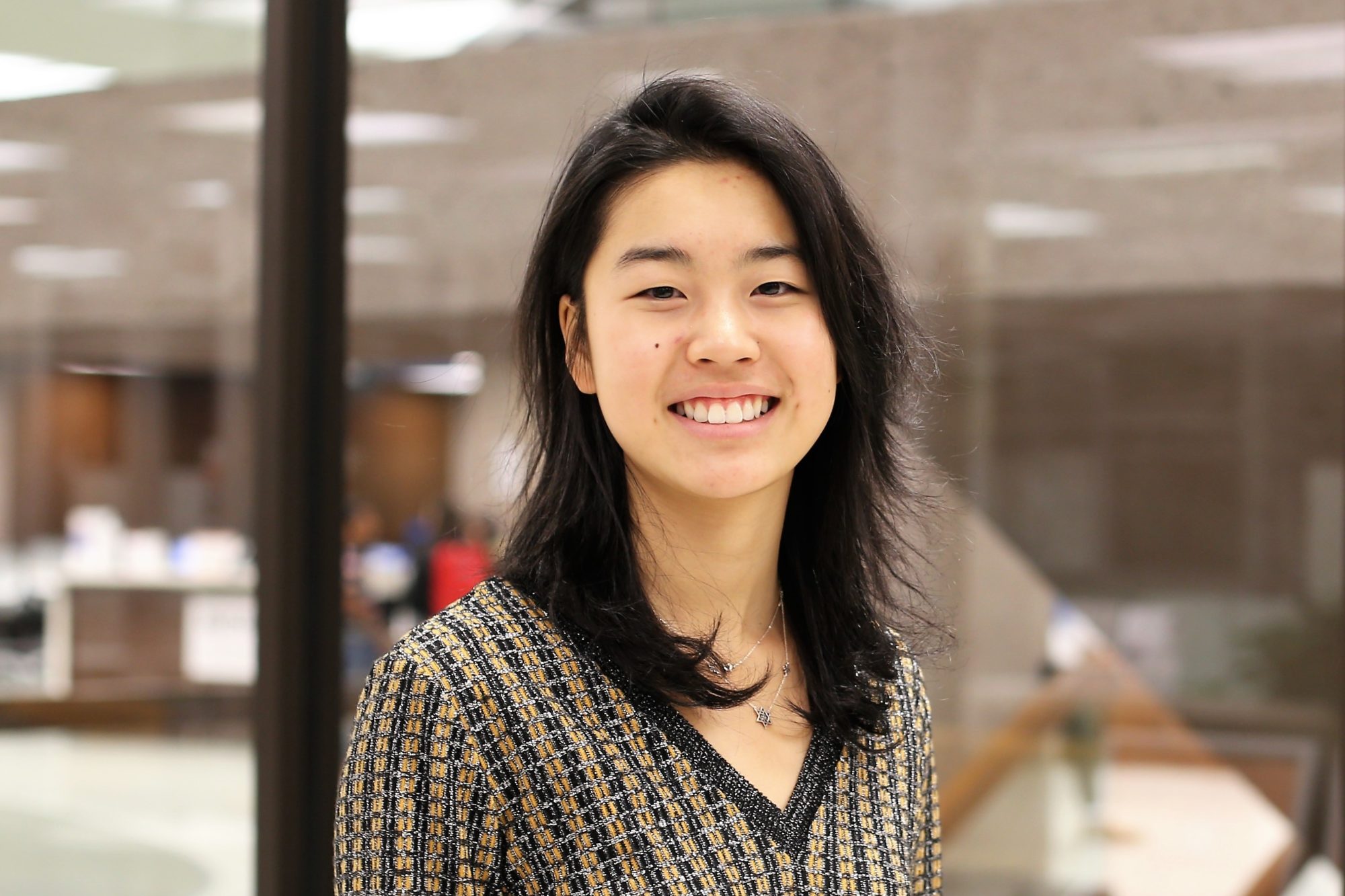 Jiaman “Maggie” Peng ‘21 is an advertising major at the S.I. Newhouse School of Public Communications. Although she is only a sophomore, Maggie has been involved with more than 12 twelve organizations on campus, ranging from the First Year Players (FYP) to The Daily Orange to SU Globalist, where she has expanded her perspectives and skill sets by involving herself with various organizations. “I think that’s one of my biggest strengths,” she says. “I’ve been fortunate enough to have a lot of time and a lot of energy. I’ve had the time to go to involvement fairs, ask others what they’re working on and I’ve gained a lot of knowledge on marketing, public relations, and media by involving myself.” But Maggie’s perspective extends further than her experiences in student organizations her at SU.

She’s originally from Sichuan, China but grew up in Shanghai, and them attended high school in Connecticut. When asked if she experienced culture shock when she moved to the United States, she responded, “High school, itself, is a culture shock.” She mentions that while there are differences between American and Chinese culture, she thinks she’s learned how to navigate the two and that they’ve only added to her interest in culture and globalization. Maggie is involved with PanGEA, the Pan Global Entrepreneurs Association, whose mission is to help and support students in becoming global leaders, while simultaneously helping build stronger relationships and breaking stereotypes between different cultures and backgrounds. Maggie describes it as an organization that is creating a community for students who realize they have unique abilities and experiences that can be used in collaboration with others to generate creative problem-solving solutions.

Maggie is a very insightful and reflective person, and she cares about self-growth because she’s aware of how she can better herself. “I know I have to work on my self-confidence, and I want to better match my actions with my intentions of being a good person. I’m learning how to focus my attention and energy on topics I really care about.” One can tell that Maggie has high expectations for herself and she isn’t afraid to pursue them.

When asked if she has advice for those who have difficulty approaching or meeting new people, she responds, “If you feel like you want to or need to approach new people, think of that task as something necessary, a goal you want to achieve. Once something becomes necessary, you don’t doubt if you want to do it, you just commit the best you can to doing it.” She mentions that one of the greatest lessons she’s learned by being involved with the Society of Asian Scientist and Engineers (SASE) and the Filipino Student Association (FSA), two organizations she joined because she was drawn to their energy and passion, is that one can’t just be a part of something and benefit from the fun. One must realize that there is the responsibility of helping the organization reach its goals. “It doesn’t matter why you’ve joined.  But it does matter that you help make a difference once you’ve joined.”

Maggie says that she’d like to take her entrepreneurial mindset, and continue to build her skill sets and leadership abilities at an innovative big company after she graduates. She says can see herself staying there for a while if there are the opportunities for learning and continual growth. Although she’s not entirely sure what company she’d like to work for, she does know she wants to be a mentor one day. With the amount of experience Maggie has, and will continue to develop over the next two years at Syracuse University, she is already blazing her own trail as a role model and mentor.