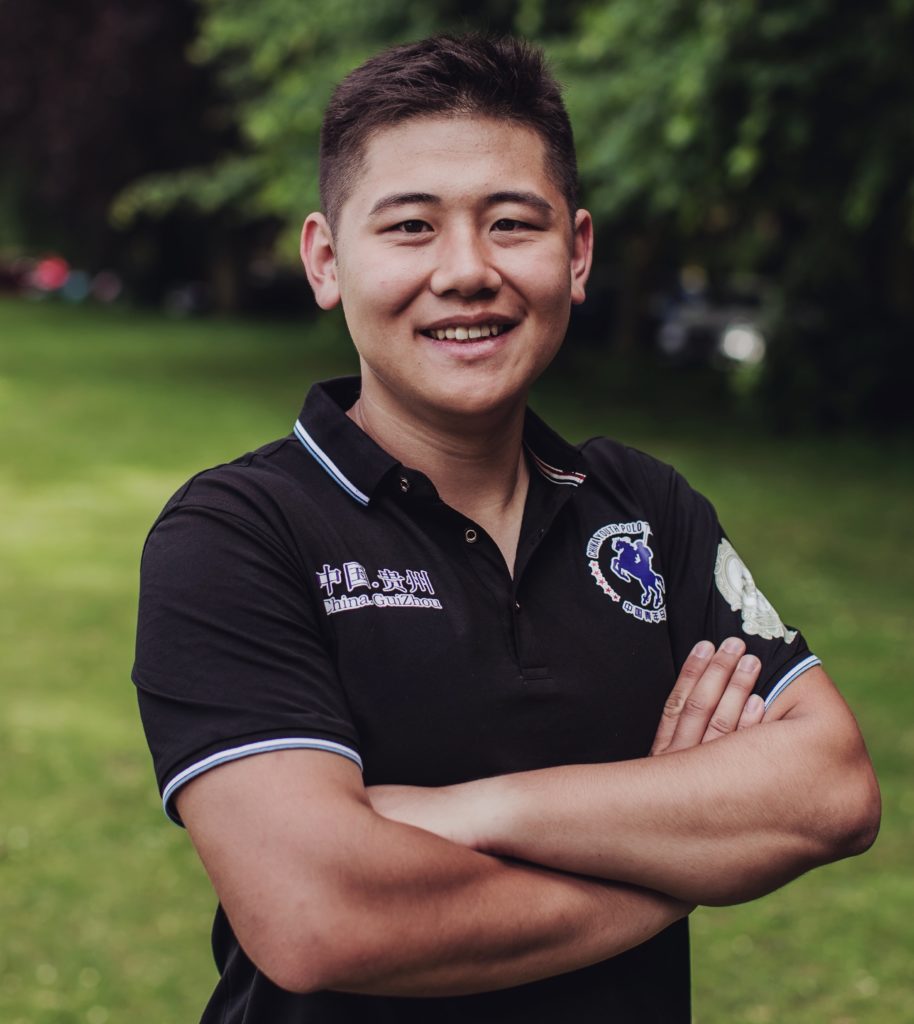 Lawrence Lin is a seasoned student entrepreneur with more business-building experience than you would expect from a 21-year-old college kid. Originating from Northern China, Lawrence attributes his impactful entrepreneurial qualities from his upbringing in Asia. In addition to pursuing a dual degree in International Relations and Political Science, Lawrence has found a way to be fully immersed in the entrepreneurship scene on campus. In conjunction to pursuing his own venture ideas, Lawrence has had the privilege of serving as a Global LaunchPad Fellow in the Blackstone LaunchPad. While being a part of the popular campus incubator, Lawrence has advised students on their start-up ideas, organized entrepreneurship events, and is constantly making efforts to expand his entrepreneurial network at SU.

Since his first year on campus, Lawrence and his venture partners have started three distinct start-up projects. The first was a student media platform, Savofair, which addressed topics relevant to student culture around the world. The project was viable and able to scale quickly, thanks to Lawrence’s inspirational work building a team of dedicated writers, photographers and filmmakers.  The team designed a beautiful, fully functional website that featured the work of more than 100 student writers from 30 different countries, producing exclusive content. Despite great audience traction and critical acclaim, the team did not monetize the platform, because of the complex barriers to entrepreneurship that face students in the United States on visas. However, it enjoyed a large global following, and was very much a passion project for all who were engaged with it solely as dedicated volunteers.

The media project evolved into experimenting with a travel platform to help young travelers connect to share insider perspectives on the best places to find unique food, local culture or shared interests.  The team developed a large volunteer local ambassador program around the globe, but again, did not monetize.  In each case, the teams took the concepts right up to the point of fully business plan development, but did not launch.  The experiences of rapid planning and iteration taught the team that they could rapidly ideate a novel business concept, develop a viable solution, create and test a MVP, develop a social media following, and pivot – literally putting the “lean startup” concept to work over a series of business concept ideas.  It was a tremendous learning experience for all.

Through the travel platform, and shared love of food, Lawrence and his team decided to explore a third concept in the restaurant business, building a local brand rather than a global venture. With that insight, Lawrence used his local resources and experiences to work on a new idea, called WeCater.  The idea was simple – to create an online platform to allow local restaurants to digitize their catering menus to make it easier for customers to place catering orders.  Again, the team took the “lean start” concept right through ideation and building an MVP to perfect the art of customer discovery, but did not launch or monetize.  The goal was the planning process to perfect the skill set needed to be an entrepreneur.

When Lawrence recruits team members for his business concepts, he looks for individuals who work well collaboratively, people who challenge his own opinions.  Most of all, the dynamic between team members “has to feel right.”  This is especially true when people are volunteering to engage in idea formation and business planning.  These are all valuable skills no what what path you take in your life or career. “Unfortunately, the road to your dream job may not look the way you anticipated.”  Lawrence emphasizes that being an entrepreneur can be risky, however if you enjoy what you are doing, “It is worth a risk even if you fail. No matter how many times you fail, there are lessons learned from those failures, and those lessons build your character.”

With student’s growing interest in entrepreneurship on campus, Lawrence has been a strong voice and organizer for the international student community.  The LaunchPad works with students from 47 different countries, collaborating on new and innovative ideas, and continuing to grow together.  It is largely because of Lawrence’s efforts that the LaunchPad is so diverse.

There are many difficulties that US born entrepreneurs do not even consider or sometimes take for granted, such as Visa complications, language, and other issues that have a direct impact on foreign entrepreneurs living in the US. However, Lawrence is a prime example of how international students can overcome these challenges.

Lawrence is a believer in “Teamwork makes the dream work.”  He describes finding the right team members as the most challenging, but most essential component of building a successful business. While recruiting members for his ventures, Lawrence also prioritizes gender inclusivity on his teams.  He even refers to himself as a “feminist” who supports gender and race equality in the workplace. Lawrence says that women “have a level of understanding and compassion that is unmeasured.”

Despite the fact that the pursuit of entrepreneurship is growing, there are many people who refer to up-and-coming entrepreneurs as unemployed. “It is a risky life being an entrepreneur,” Lawrence says.  “It is natural for the people around you to worry about the risk factor that surrounds entrepreneurship.     The biggest goal for college students is getting a job that assures some sense of financial security. Wanting the security blanket of a job is completely normal.”  Still, there is nothing quite like the creativity energy one feels when working on a new idea.

He graduates in May 2018, but Lawrence is currently working on his fourth venture idea since enrolling in SU.  His goal is create an Eastern Asian student entrepreneurship organization where like-minded international students can come together and explore market opportunities around the world.  He is planning on heading home overseas after graduating in May, and he has has a positive outlook on life and on entrepreneurship.

For Lawrence, being an international student presented some challenges launching a business in the states, but it gave him unprecedented opportunity to learn about business planning, ideation, team building, customer discovery, and how to follow the “lean start” model. He says he would not trade those lessons for anything.  “I might not be able to start a business here, but I can do a lot of the planning and brainstorming sessions so that I’ll be completely ready to launch when I go home.”