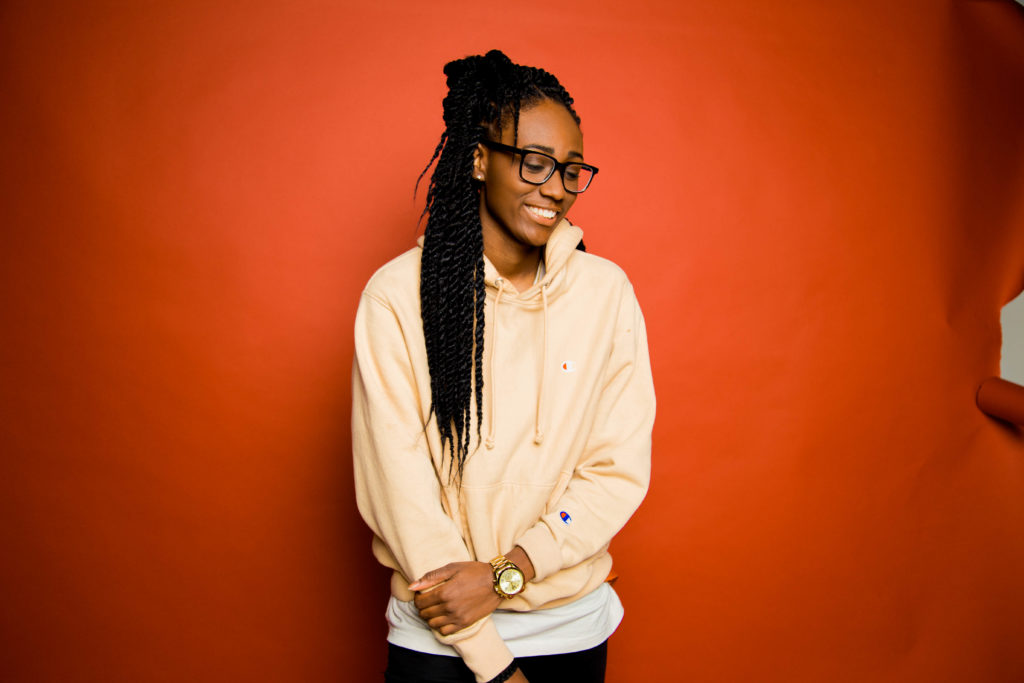 On March 6, 2018, Kelsey Davis, known as “Kels” to her friends, family and followers, dropped her biggest project to date: THESIS:XXI. Davis rang in her 21st birthday a little differently from her peers at Syracuse University.  She launched a three-fold transmedia masterpiece describing her journey in 21 chapters. THESIS:XXI tells the story of this young director finding her creative identity.

Born and raised in Atlanta, Georgia, Davis grew up surrounded by media, music and culture. Davis is no stranger to harnessing the entrepreneurial spirit. She’s watched her father, an executive at CNN, work hard in the news and media industry. “I’ve only ever known to hustle, and hustle hard. Enthusiasm really changes the game in every project,” Davis explains.

She’s been a community leader ever since she was in high school, founding Next Up, a leadership development nonprofit organization geared towards third to fifth graders in public elementary schools. By equipping them with high school mentors who also attend public high schools, the organization was able to empower and engage an entire community. Davis recalls the day the YMCA began sponsoring Next Up.  She says, “That was when I knew I had created something really meaningful with my team, and more importantly, it was going to last for a long time in Atlanta. In a year, in ten years, the positive energy exploding out of these kids is going to change the entire city.” Next Up is still successfully running today.

Coming to Syracuse University as a Posse Foundation Scholar, Davis knew she wanted to dive straight into visual storytelling. She quickly declared a major in television, radio and film at the S.I. Newhouse School of Public Communications and a minor in information technology, design and startups in the School of Information Studies (iSchool). Back in 2015, Davis felt confident that both professional schools would help her discover and refine the video editing skills that she needed to pursue her dream of becoming a music video director.

However, it wasn’t until this past year of incredible work experience that she understood her dreams were much bigger than she thought.  Davis has become a transmedia storyteller.

In September 2016, Davis found CLLCTVE, a creative agency that enhances the event experience with the production of a package of contents provided by a smart team of hosts, videographers, writers and photographers. CLLCTVE has worked with Coca-Cola, Sky Zone Trampoline Park, the YMCA and several other local and national brands. The team works closely together to establish brand identity and branding strategy for clients, as well as a full package of top of the line photography, videography, graphic design and animation.

“CLLCTVE is my way to learn about myself and my art outside of the classroom,” Davis says, “by utilizing my skills in a predominantly non-black space, I have learned to become unapologetically myself as seen through my work.”

It is undeniable that Davis has become a gatekeeper for storytelling in hip hop media culture. She produced a tour last year, interned at Conde Nast and built a unique and powerful network with SU alumni, shot countless music videos, attended Complex Con and attended the SXSW Festival this past spring break. Davis doesn’t plan on stopping anytime soon on her quest to create more, and learn more.

By working closely with media entrepreneurship professors at Newhouse, the Couri Hatchery Incubator and the Blackstone LaunchPad at SU, Davis has been able to expand her horizons quickly. She credits her friends and family in providing the support for her to manage it all: her business, her college education and her wellbeing. It is safe to say that Davis is one spectacular young leader who will continue to tell stories of others — and sometimes, herself — in a beautiful, vulnerable, meaningful way.