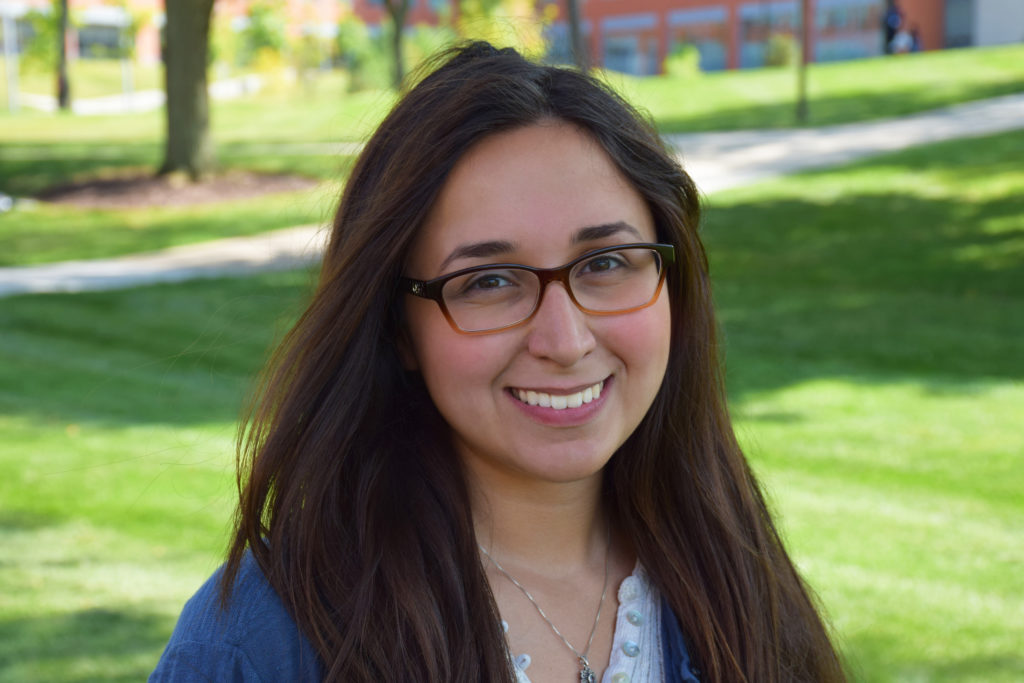 All entrepreneurs are artists: extraordinarily creative, constantly inspired, and full of hardworking grit. Award winning animator Justina Hnatowicz ’19 is no exception. Hnatowicz studies advertising at the S.I. Newhouse School of Public Communications, and animation at the College of Visual and Performing Arts. As a junior this year, Hnatowicz joined the Blackstone LaunchPad as a Global Media Fellow, combining her love for graphic design and animation to create visual content for student ventures and LaunchPad events.  Along the way, Hnatowicz discovered a deep passion for creating something that was her own. This new interest paved the way for her to become more and more engaged with fellow student entrepreneurs and to launch her own venture, 410 Pictures.

Hnatowicz spent all of the fall semester creating “Burdie,” which she describes as a passion project.  “It’s my baby.” She created the entire animation short film from beginning to end, including establishing the model, rigging, lighting, and rendering the film. The film is a semi-finalist in Los Angeles’ CineFest and has been officially selected for the Yale University International Film Festival. Hnatowicz hopes to bring “Burdie” into more festival loops in the near future.

Her outstanding talent in animation and light, friendly comedy is undeniable and exciting. She has an impressive portfolio and demo reel on Vimeo (vimeo.com/justinahnatowicz) and has won a number of advertising awards through Newhouse.  With strong skills in animation software and motion graphics, she strategically develops graphics, animations and video content for an array of media, including web, mobile, and social media applications.  She helps develop marketing strategy, visual brand identity, content development, graphic design, and outreach collateral for fellow entrepreneurs in the LaunchPad, and her graphics and animations are often seen in Bird Library.  As a LaunchPad Global Media Fellow, she also helps students start their own businesses.

And, in doing that, she started her own venture. After creating “Burdie,” Hnatowicz co-founded 410 Pictures this spring with fellow collaborators Peter Hartsock ’19 and Daniel Simoni ’19, who are both VPA film students.  410 Pictures is a microbudget independent film production company that creates short films across a variety of niche genres. As a team of designers, filmmakers and creatives, 410 Pictures is leveraging opportunities in the niche short film industry – producing works in Upstate New York that will be streamed around the globe. 410 Pictures plans on sending its films to festivals nationally and internationally, and to distribute them across a variety of video-on-demand platforms such as Hulu and Netflix.

To date, the team has produced or worked on 30 films.  Hnatowicz is the CMO of the company, and helped create a comprehensive business plan.  She researched the independent film industry, identified niche target markets, and is helping develop the marketing and business development strategy to reach audiences through festivals, brand development, self-distribution.  She helped the team refine its B2B strategy to sell through aggregation services to the growing Video-On-Demand market.  This industry is projected to be $110 billion in 2018, and is expanding exponentially.  It is looking for the next generation content creators, and 410 Pictures intends to be part of that.

Inspired by the apartment number where the three friends hang out, 410 symbolizes a place of creativity.  “At the end of the day, we’re just best friends who love to make beautiful, honest films and animations,” she says with a smile.

410 Pictures has produced an impressive library of works, and is new entering business plan competitions to commercial their inventory. The team has some films that are ready to enter the major festival loop and the video on demand market. Recently, 410 Pictures wrapped up a shoot on their new film “The House on Pumpkin Drive” which starred Hollywood actor Nicholas Tucci, and is ready to submit it to festivals come summer. Hnatowicz has also produced original art, provided technical support, and even acted in some 410 Pictures.

Hnatowicz describes herself as motivated, imaginative, detail-oriented, creative, energetic and agile.  She is also very accomplished, with a GPA of 3.9 and a great deal of design, marketing, film and animation work to her credit.

The event is a short showcase for students to share their work to the community. It will feature films of all genres, including dramas, comedies and animations. She is proud to be sharing her animation in the showcase, so be sure to come by and meet both Hnatowicz and “Burdie” at the ‘Cuse Film Festival.