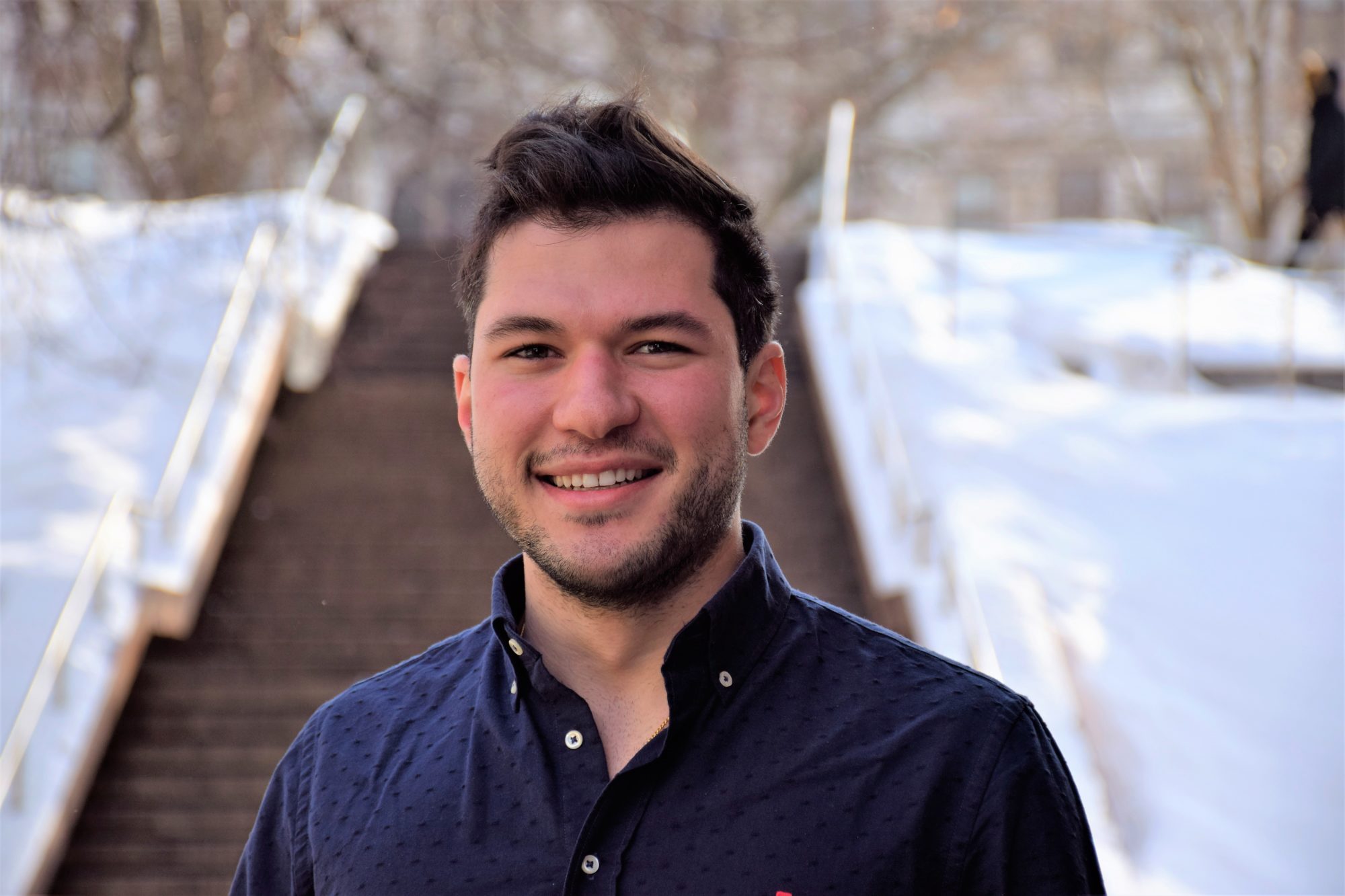 Jose Javier Garcia Rovira ‘19 is a finance major at the Martin J. Whitman School of Management and working on his latest venture — one that that is bound to shake up the gaming industry.  Called Gamer Craft, it is a coaching and gaming analytics platform meant to propel a gamer to the next professional level. “E-sports are filling up stadiums with people each month but people don’t recognize it as a sport,” says Jose.

He believes that if e-sports competitors are to be officially recognized as athletes, they will need professional coaching and tools available to other athletes, which is where Gamer Craft comes in. “For example,” he notes, “if a 12 year-old wants to become a professional NBA player, he would have access to coaches, summer camps, and other resources to help him them develop skills. E-sport players don’t have that as of now.  They train by watching other players on YouTube, which is time consuming and not personalized.”  Jose has developed an more effective and efficient way that also optimizes time.

Jose spends up to eight hours a day outside of class working on his start-up, and he loves it. “E-sports is an uncharted territory.  There are so many things you can do as of now, making it a very dynamic environment that is always evolving,” he explains. “It’s very rare to see a sport emerge, and the cool thing about e-sports is that it is evolving, which offers the opportunity to shape it, which is what my partner and I hope to do. We want to make the industry better and more accessible to the user.”

He doesn’t only mean accessible in the context of “having access to strategic insight to become a better player,” but also about expanding the playing field to other groups like women. “Interestingly enough,” he says, “45% of PC gamers are women, but while the best competitive e-sport players can win up to two million dollars, women can only typically win up to two hundred thousand dollars. That’s a big disparity.”

When asked if he has advice for other aspiring entrepreneurs, he says, “Just start it. Acting is breaking the inertia. I didn’t know much about software as a service before I started Gamer Craft, but I’ve learned so much about it in the past few months, things I’d never even think I’d learn about. There’s something magical in beginning something. Those actions will lead you to other actions.”

The Venezuelan native reads about 50 books a year, dedicating at least an hour per day to reading. “I’m a bookworm,” he confesses, as he smiles.  He reads all genres, ranging from the classics, to politics, to his current interest: human anatomy and mind. One can tell that Jose values the power of knowledge and that he likes to keep himself informed with current issues. “We live in interesting times and I want to be included in some of the most pressing issues humanity faces right now such as climate change, Amazonian wildlife protection, income equality, and more. I want to change the world but always in a creative way related to business. I don’t think I’ll ever retire actually, especially if I’m working on something that I’m passionate about.”

Jose’s venture perspective and vision is always focused on what a better world looks like.