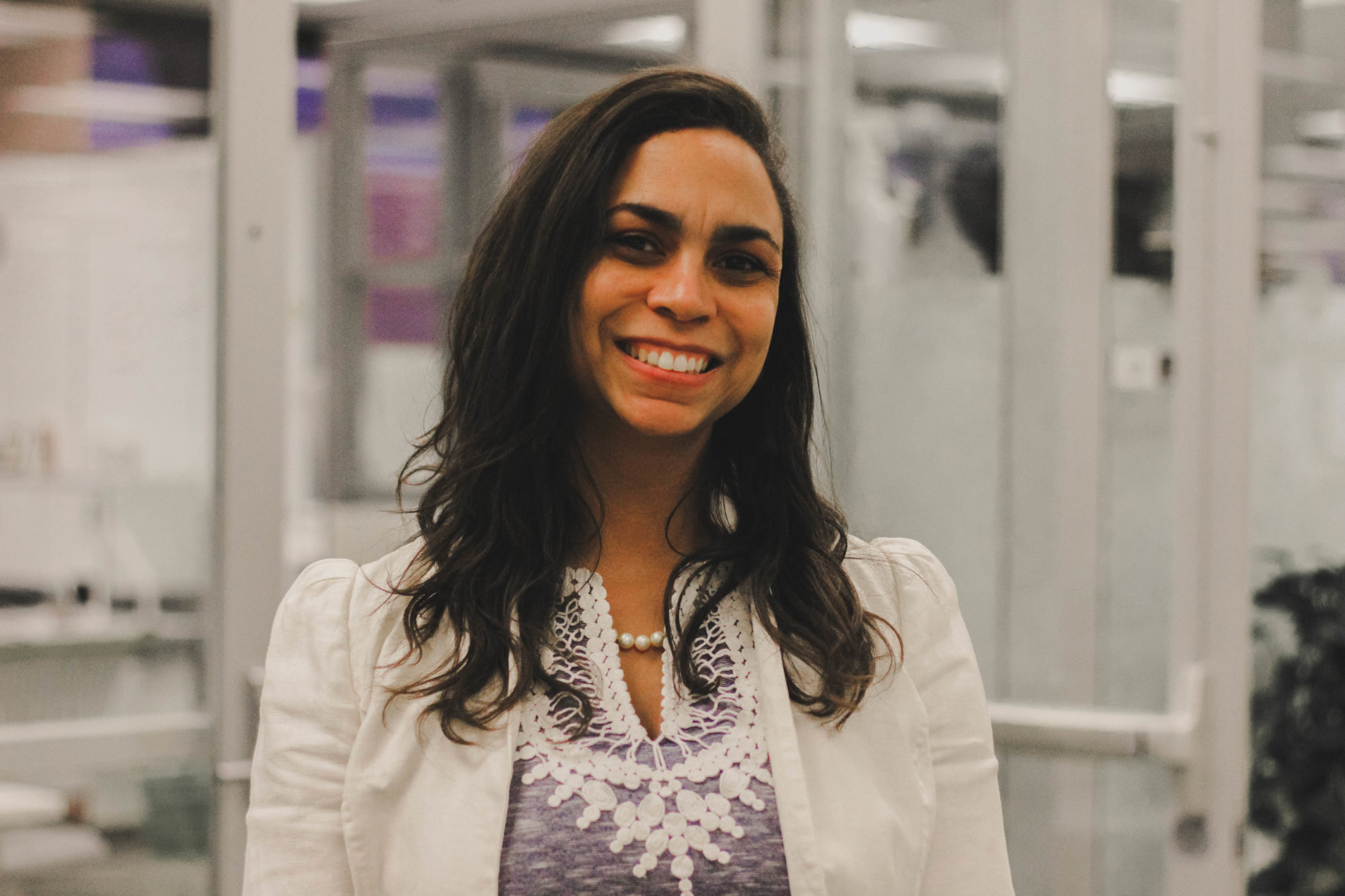 A fine artist, painter, and Los Angeles native, Jessica McGhee ’19, is a College of Visual and Performing Arts major specializing in studio arts who is trying to create spaces that allow those who have experienced trauma to find community using art. After living through trauma, McGhee became intrigued by how others cope with it. “I used, and still use, art to cope and synthesize,” McGhee noted, “Art is very healing oriented.”

As someone who loved art growing up, and there was never any doubt she would be doing it into her adulthood.  McGhee notes how much her art has given her catharsis. “I knew I wanted to help people, but I didn’t know how,” McGhee said.  Her own experiences inspired her first steps towards entrepreneurship, along with research, and taking an Introduction to Entrepreneurship Course, EEE370.  McGhee found that art therapy, meditation, and nature help to heal trauma, forming the basis for her venture, SOAR.

SOAR is a vision for a diverse sanctuary for people who are dealing with different forms of trauma and mental illness to build community. The mission statement is “to aid catharsis via alternative healing platforms for the many PTSD and C-PTSD Survivors in and around the Greater Syracuse area.” McGhee plans on opening two spaces where survivors can interact and engage with each other: one in downtown Syracuse, and the other in nature in the Upstate NY region. The downtown center will offer an accessibly community center that features talk therapy offices, a yoga and meditation studio, an art studio, and group meeting rooms. The second site, somewhere in a rural setting in nature, will offer housing for various lengths of stay for participants, along with meals shared at the same table. The most important component will be that they will be safe spaces for all who decide to come.

McGhee envisions her future foptimistically.  She sees herself as a CEO, and also engaged as an art teacher and art therapist.  She looks forward team members. “We need to rely on other’s experiences to deliver a fair, safe, diverse, and most importantly, non-biased experience.”

The next steps for McGhee include grant writing to help make SOAR a reality, finishing her thesis and graduating with a BFA from VPA this semester. In the meantime, you can see McGhee’s work at the Westcott Art Center, or find her working in an art studio on an idea to help others reach their “own highest good.”