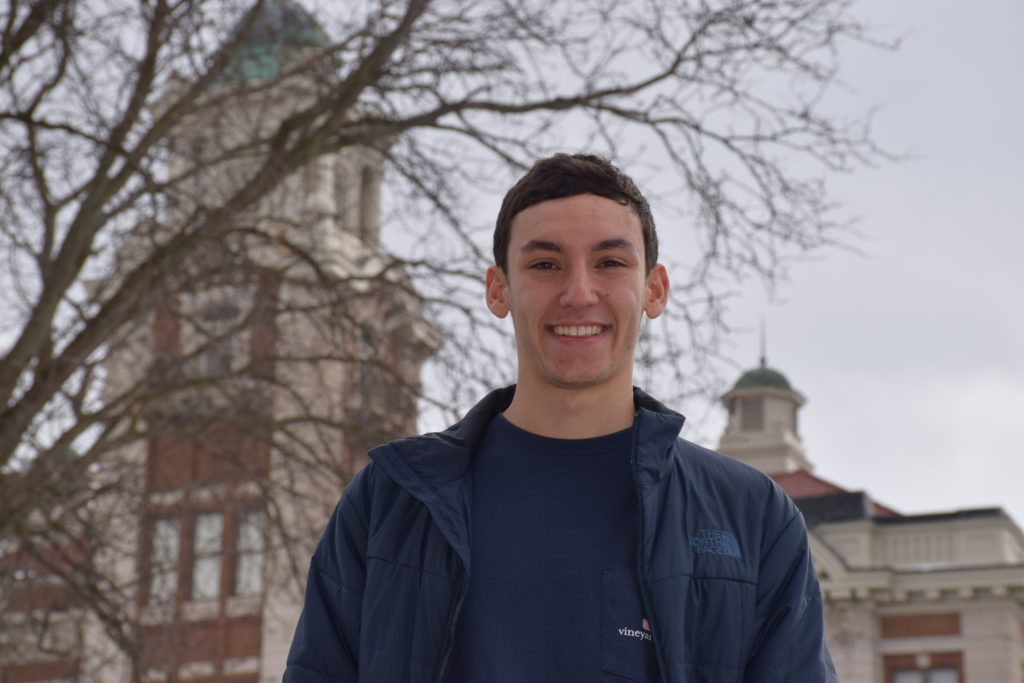 Jason Kuperberg, ‘18, a biotechnology major in Arts And Sciences may have a hard sciences academic background and extensive resume in the field, but he is an entrepreneur to the core. Although he did not start out on that path, Jason has found his entrepreneurial inspiration through his years at Syracuse and has not passed up on an opportunity to apply his entrepreneurial spirit to all of his endeavors. Founder of Drop Top, the regional winner of the Hult Prize, he is now headed with his team to Toronto in early March to showcase their concept to conserve water and enhance drip irrigation utilizing REVLAR, a waterproof, tear-proof, durable paper-thin material specifically designed to withstand high/low temperature fluctuations.

Sitting down with him to talk about how he discovered this passion and skill set, it was no surprise to hear that his first source of inspiration came from taking a EEE 370 course his sophomore year, which led to him pursuing a path in entrepreneurship. Although by this point he already had been heavily involved in the hard sciences field both on campus and doing research in the biology department for Plant Molecular Research and the National Institute of Health’s Cancer Research department, he had been missing the passion that entrepreneurship inspired. Finding that inspiration thanks to the interdisciplinary curriculum that biotechnology provided, he took more EEE classes and began to get involved in Syracuse University’s Blackstone LaunchPad.

Another pivot experience for the young entrepreneur was working at a startup hub in Israel over the summer. Spending the summer consulting and learning about different projects strengthened Jason’s desire to make an impact through innovation. Returning to Syracuse for his final year, he has continued to involve himself in everything and anything entrepreneurial on the Syracuse campus, which is full of opportunities for those with a driven and inspired mindset such as Jason’s.

Searching to create change in everything he does, Jason immersed himself in the entrepreneurial mindset. Dedicated to the opportunity of potentially advancing to the global regionals and finals of the Hult Prize Competition, and winning other competitions such as the ACC InVenture Prize, Jason has created meaningful connections with faculty and students who are also driven to create change through entrepreneurship.

I asked Jason about his plans after graduation, and he responded with a big smile. “It keeps changing.” Speaking to his found passion, Jason plans to do something unconventional that continues to fuel his passion for creation and relationship building. Whatever he decides, there is no doubt that he will continue to innovate and build on endeavors that ignite change.

Reflecting on his last four years, he explained how the biggest change was in his mindset and approach to everything he experiences. Valuing the importance of collaboration, Jason will continue to bring his excitement and drive to everything he does.