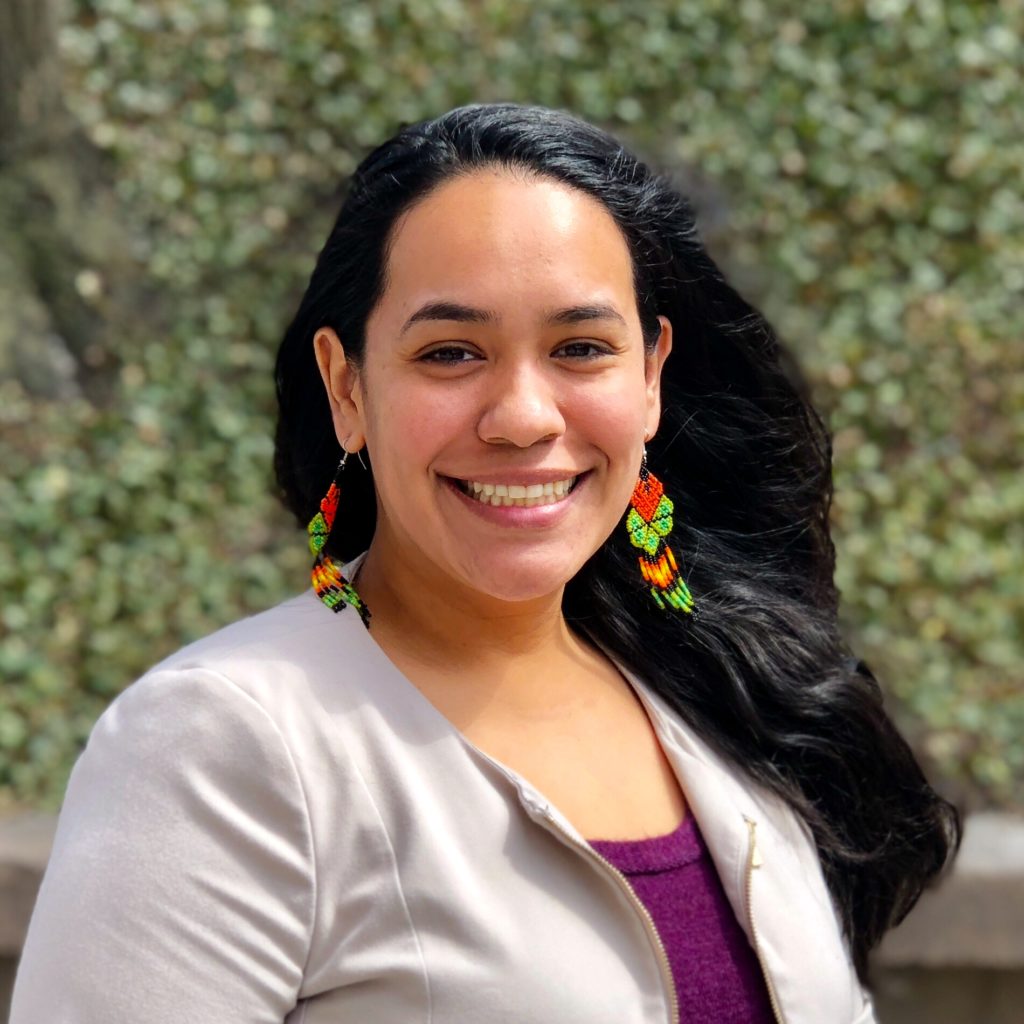 Janet  Berenice Flores is an expert at building community and creating connections. After three years on this campus, Flores, has undeniably left an imprint of inspiration and a network of connections for the years to come. Not your typical undergraduate student, she is currently working towards receiving her third undergraduate degree in geography this May.

Flores is an expert at building community because she works from within. Always involving herself in efforts that recognize communities that she personally identifies with, Flores exemplifies what can really be accomplished when you work with what you know best, home. Immersing herself entirely in the community, she has been a part of countless efforts to bring change, unity, and justice to the undocumented, black, and brown communities of Syracuse.

Over her time here she has shown what applying the entrepreneurial mindset of innovation and resourcefulness can do for the community. Working primarily with organizations such as the Workers’ Center of CNY, CNY Solidarity Coalition and other nonprofits and student organizations such as XEX, Xicanxs Empowering Xicanxs, she has strengthened the bond of every group she works with. XEX is another space where Flores has left her mark on this campus, and a place that felt like home to her. A part of the group of Mexican American students that gathered last year in effort to create a space on this campus for the underrepresented students of Mexican connection, she has been a part of a group that works to build community within the university and with the greater latinx community in Syracuse.

Apart from joining efforts of other organizations, Flores has created her own efforts such as BMM, Brown Mujeres Media, a platform for women of color by women of color which she launched April of last year as a response and continuous effort to combat colonization and oppressive systems towards people of color.

On  BMM, Flores shares writing and ideas from people of color everywhere in order to continue to have important conversations, always keeping the voices that need to be highlighted at the forefront. Like a true entrepreneur, Flores is quick to adapt to her environment and has utilized this mindset to grow the platform organically. She has let BMM turn into what it needs to be, a megaphone for communities of color.

There is no doubt that Flores has become an integral part of the Syracuse activist community without her even trying to fill a role. Flores simply does what she loves and she does what is needed. She looks at what needs to be accomplished and finds ways to connect those with the skill sets to get it done! She looks to feel inspired and validated in her experiences as a brown Mexican American woman by the communities that she is a part of, and reciprocates the same love and energy.

Always involved, Flores has recently become a contributor to Rematriation Magazine, an online storytelling platform powered by a sisterhood of over 200 Haudenosaunee women. Rematriation Magazine is an inclusive collective platform for indigenous women whose values and mission align with Flores’s work for the later part of her life. Her work there is an embodiment of the words that she speaks and her commitment to decolonization.

Flores is a trailblazing force that has felt touched by communities in Syracuse and that has undoubtedly left her mark on as well. Wherever she goes she will continue to spark connections, conversations, and efforts that bring solutions and healing to communities.