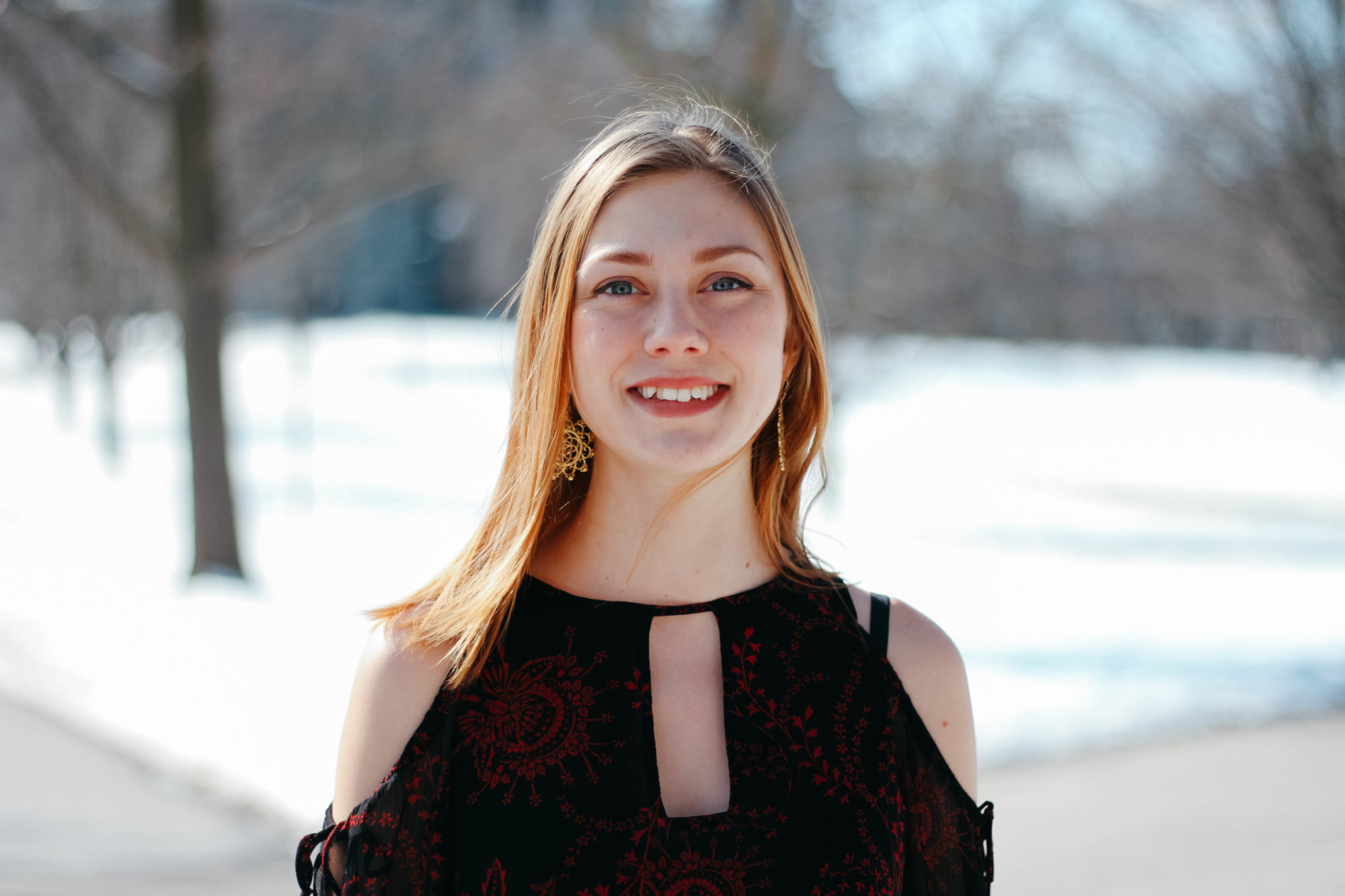 Ivy Christensen 19’, a mechanical engineering student in the College of Engineering and Computer Science, is ready for graduation this May. The senior from Thompson, Pennsylvania is excited for what the future holds ahead and is more than ready to get there.  Part of this excitement stems from where Christensen will be interning this summer: Sierra Nevada Corporation, a company which prides itself in solving some of the world’s greatest challenges through advanced engineering technologies. And the big challenges she’ll be solving, include working on Dream Chaser, a multi-mission space vehicle which will transport space crew and cargo into low-Earth destinations such as the International Space Station.  “To be working on a vehicle that will be docking at the ISS, that is crucial, that is for NASA, that is going to space—it’s crazy,” she says.

Christensen is part of the Brooke Owens Fellowship class of 2019, where 38 exceptional women interested in the aerospace industry where chosen to carry on and commemorate the considerable contributions to the American space industry of the late Brooke Owens. This competitive fellowship pairs each Brookie with an innovative aerospace company and executive level mentorship, to which Ivy comments, “Seeing how talented and involved the women in the 2019 class are is mind blowing for me. Being a part of this group and this program makes me feel so grateful for everything that has led me up to this point.”

Success has been long overdue for Christensen. The senior confides that the road to success wasn’t an easy one due to obstacles and adversities along the way. “I come from this small town in Pennsylvania where I never felt like I fit in. A lot of people in my town have never traveled outside of this country, have never had a passport, or have even visited a big city like New York City. I was lucky to have a mom who had a worldly outlook which exposed me to different cultures, food, and music.” She explains to me how her mother influenced her to be curious about the world which in turn has given rise to her own worldly outlook for life.

As to why Ivy chose mechanical engineering, she responds, “I wasn’t entirely sure what I wanted to do when I first arrived at Syracuse University. I had a lot of interests and I wasn’t sure what to pursue. But I did know something. I knew I wanted to help people, to impact our world in a large scale. Mechanical engineering seemed like the practical move because it’s the building block for all ideas.” She points out how important role models and teachers are when it comes to expanding children’s horizons on their career choices. Christensen works for Engineering Ambassadors, an initiative where college engineering students serve as co-learners and educators for middle school students in the Syracuse schools district where the goal is to spark STEM interest in the youth. “Students need mentors whom they feel comfortable around. When the students realize there are people that look like them, that speak like them, who are in engineering, and who are making it, they realize they have that same potential.”

Engineering is just one aspect of Ivy’s life though. This world traveler has been to more than ten countries, having studied in Italy and Ireland on two separate occasion and living in Paris over the summer where she worked as an au pair. “I think there’s a basic human trait of being curious and that includes the experiences of living in a new place. If no one traveled to meet other people, if there wasn’t this expansion of globalization, there’d be no real advancement of civilization and then that leads to the question of, ‘what’s the point of anything?’” She thinks everyone should have the experience of traveling because one can grow so much through the expansion of perspective. “When you travel to different countries, you encounter different cultures, traditions, and languages. Sometimes, you speak the language, other times you don’t. I’ve come to find that although humor and social norms don’t exactly transfer in different languages, your values do. I think it’s interesting how someone’s basic character can transcend language even if one doesn’t understand the language.”

Although Ivy is not sure what the future holds for her after her internship, she hopes to be working in an industry she’s passionate about, especially one with an impact. She envisions being in a big city, abundant with food rich in spices, people from all over the world crossing paths with her. Maybe she’ll open her own café, become a painter, make music, and learn another language she states. “I’m just striving to be the next Leonardo Da Vinci”, she says as she smiles.