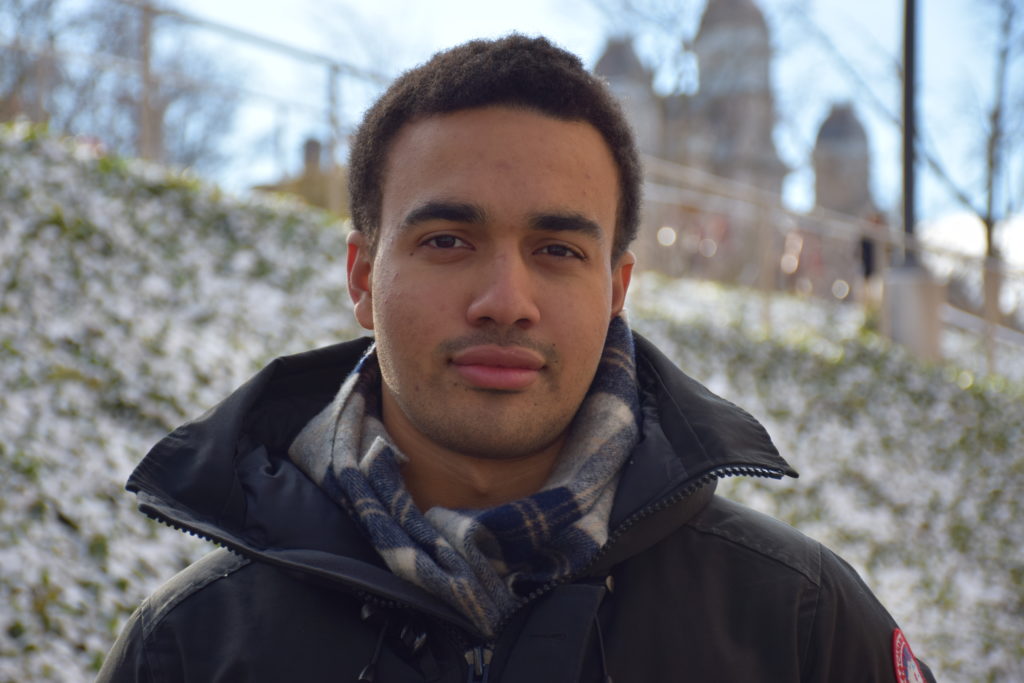 Attila Melegh ’19, is an aerospace engineer with a love of physics. That means he loves problems, and inventing things that solve big wicked challenges.  A solution he invented for one of them just received a $20,000 investment from the Dorm Room Fund.

Melegh, from Seattle, created Indūlo, an augmented reality (AR) platform powered by deep learning algorithms, that allows users to try on accessories such as eyewear to create an interactive experience that simulates the real-world “augmented” by computer-generated perceptual information, sometimes across multiple sensory modalities.

Indulo was the solution to a problem that Melegh noticed.  There are 100 million paid subscriptions to Amazon Prime — 51% of all U.S. households.  And on-line commerce is exploding, as retail moves from brick and mortar to on-line.  But, purchasing clothing and accessories online is painful for both retailers and customers. 40% of items purchased on-line are returned.  Last year Americans returned $260 billion in online merchandise. By comparison, customers only return 8% of in-store purchases because they can try on merchandise see how it looks.  That made on-line shopping a prime target for creating more efficiency.

To tackle that problem, he created Indulo as a way for a customer to “try on” a product via his AR platform from the personal comfort of a mobile phone, making for a much more engaging and tailored on-line shopping experience.

“There is no better time to launch this,”  says Melegh, “because e-commerce is rapidly moving to mobile devices, with more and more of smart phones able to support advanced rendering and computation.”

Indulo is starting in the high eyewear sector where $119 billion worth of product will be sold worldwide this year.  That number is expected to double over the next 12 years.  More than $2 billion of those sales are in the luxury space, which is Indulo’s primary initial target. Melegh is already speaking with high end brands around the world, and Indulo has received offers to demo for brands with over $10 million in annual revenue.

While Melegh is building his model as a business to business platform for retailers, his focus is entirely on the customer experience. He is working to differentiate himself from competitors who do not provide anywhere near the level of realism or intelligence of Indulo.  “In fact, Indulo’s first MVP is already better than what is in the market today,” says Melegh. “Our prototype is better than what prestige brands are currently paying for.”

Indulo will soon be launching pilots with several designer brands.  His plans are to become dominant in the eyewear space, and then to move into parallel verticals in fashion and e-commerce such as full-body try-on. Melegh believes he has first mover advantage, noting that his is the first mobile platform to intersect augmented reality with machine learning in this way. “Indulo’s custom machine learning algorithms and data parameters will quite literally require incumbents to start from scratch,” he notes. “The nature of Indulo is the longer you use it, the better it gets.  It will redefine the shopping experience.”

First Round provides seed-stage funding and focuses on portfolio companies’ growth during their first 18 months. It has offices in San Francisco, Philadelphia and New York. Fortune Magazine dubbed it the most connected venture network in the Silicon Valley.  In 2012, the firm launched and funded Dorm Room Fund for college startups.  Since launching, DRF has invested in 150 startups where at least one person on the founding team is a student.  Those ventures have gone to raise $300 million from partner funds.

“I didn’t plan on becoming an entrepreneur,” says Melegh.  “I saw a problem. I created a solution. Now I am bringing it to the world.”

His advice to other aspiring entrepreneurs is simple but powerful. “Prove your idea. Talk to customers.  Make sure it is something that can be big.  Make it exciting. Then go out and build it.”  It’s the path he has followed, with the best advice he received from advisors who are industry leaders.  “Just do it.”

That attribute is also valued by DRF who describes Syracuse University student startups as “bootstrapping, scrappy and very, very smart.”

Melegh fits that description.  “If there is one thing, I know as a scientist, engineer, innovator, if anyone is going to build this, it is me.”