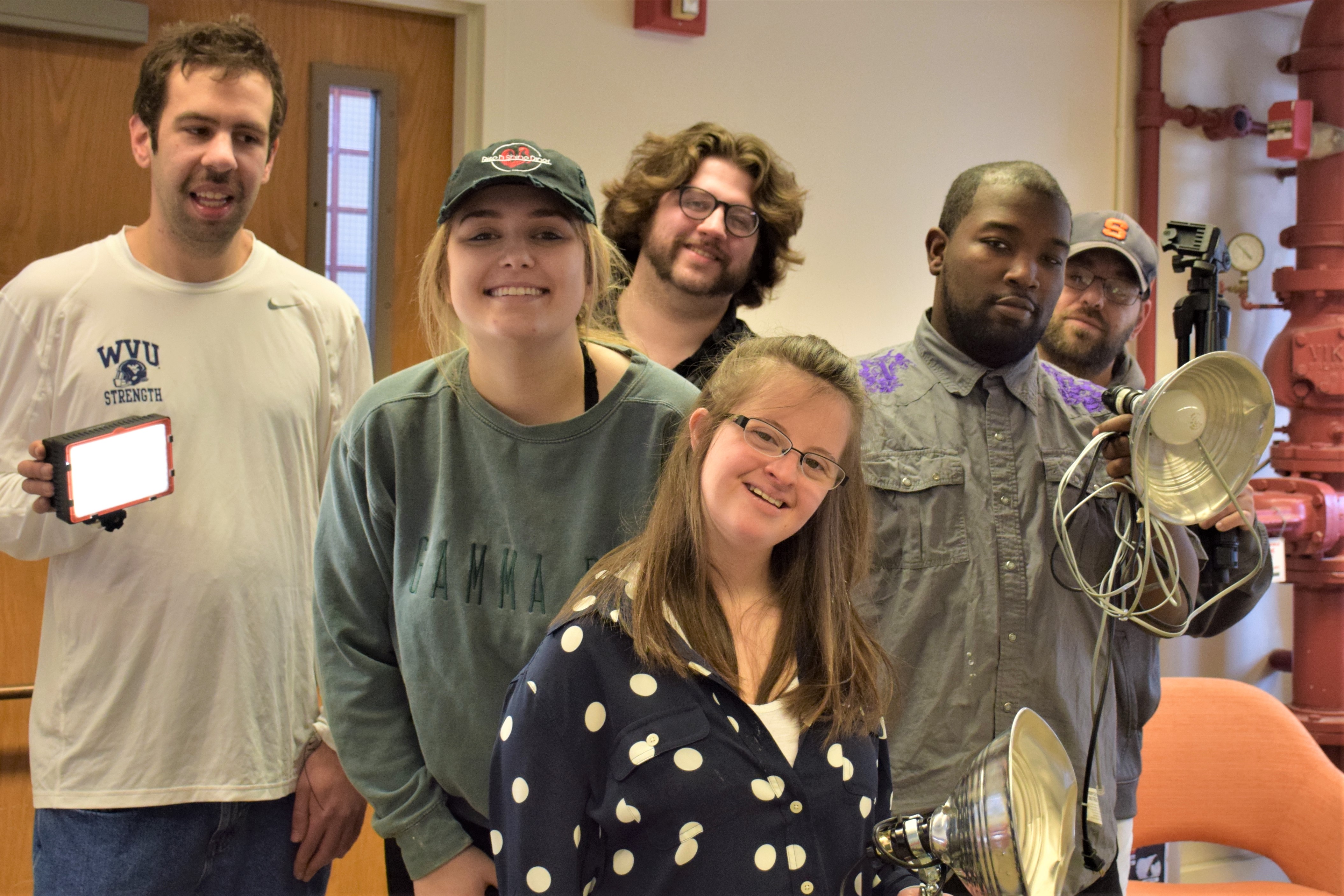 A creative micro-short film, “Third Shift,” co-produced by the Blackstone LaunchPad, InclusiveU, and VPA film and design students, will have its world premiere, Friday, April 26 at 1 p.m. at a year-end celebration in Huntington Hall Commons. All are welcome to attend.

As part of Global Entrepreneurship Week, the Blackstone LaunchPad sponsored an inclusive entrepreneurship workshop with students in the InclusiveU program. InclusiveU is an initiative of the Taishoff Center for Inclusive Higher Education, and is committed to individualized and inclusive higher educational opportunities for students with intellectual and developmental disabilities.

The workshop was facilitated by Jake deHahn ’19, a VPA industrial and interaction design student. A student entrepreneur, deHahn is interested in inclusive design for people of all abilities.  That is also the topic of research for his 5th year design thesis, also set to debut this month.  He is a Blackstone LaunchPad Global Media Fellow, and the talented LaunchPadSYR brand designer. Born profoundly deaf, he is an unilateral cochlear implant user who proudly shares his personal story at conferences around the nation.  Jake says his passion as a designer drives him to make the world a more accessible place. “Having a disability makes you see the world in a different, unique way.” Whenever he can, he tries to immerse himself among those with different abilities. “InclusiveU is a wonderful community of creative, intelligent, and caring people.”

Working with the InclusiveU students, the group realized that a startup film company would be a great project, and so InclusiveU Productions was launched. Through early spring, InclusiveU students worked with the Blackstone LaunchPad, and VPA film students to learn how to create and produce a movie.

At that point, Peter Hartsock ’19, an award-winning VPA film student and co-founder of student startup 410 Pictures and Janie Kahan ’19, a VPA film student who is an advocate for those with disabilities, came on board to lead the production team.  Over a series of months they held workshops with InclusiveU students to conceive the story, write the script, star in the movie and assist in all aspects of production planning.  Hartsock was the cinematographer, production designer and editor, and Kahan was the director.  “Third Shift” was filmed in the spooky basement of Huntington Hall and is a suspenseful comedy horror short, with a surprise ending.  Hartsock and Kahan taught the InclusiveU students all aspects of filmmaking and production along the way — from screenwriting to location scouting, set design, lighting and sound, cinematography, movie poster design, and promotion.

Kahan has a special interest in inclusive education, promoting the use of American Sign Language in children’s media while interning for DreamWorks. She says, “Growing up using American Sign Language in my home, deaf culture has become a large influence in my life. Using my experience and a new connection with the National Association of the Deaf, I was able to educate the DreamWorks executives on the culture, linguistics, and how to properly represent a deaf character in a children’s television show. I plan to advocate for disability representation in my film and tv career.”

“Third Shift,” stars InclusiveU students Delvon Waller, Gabriella Iannotti, and Ryan Gorke. The film would not have been possible without the InclusiveU student crew who played key production roles as well — Delvon Waller as screenwriter, Jon Rushmore as art, production, effects and food services, Anthony Canestrare as music consultant, and Xavier Jefferson on pre-production and planning.

Waller said, “I was really excited to see what I wrote to come to life. Throughout hard work and determination, you can accomplish anything. No matter what people think or tell you!” 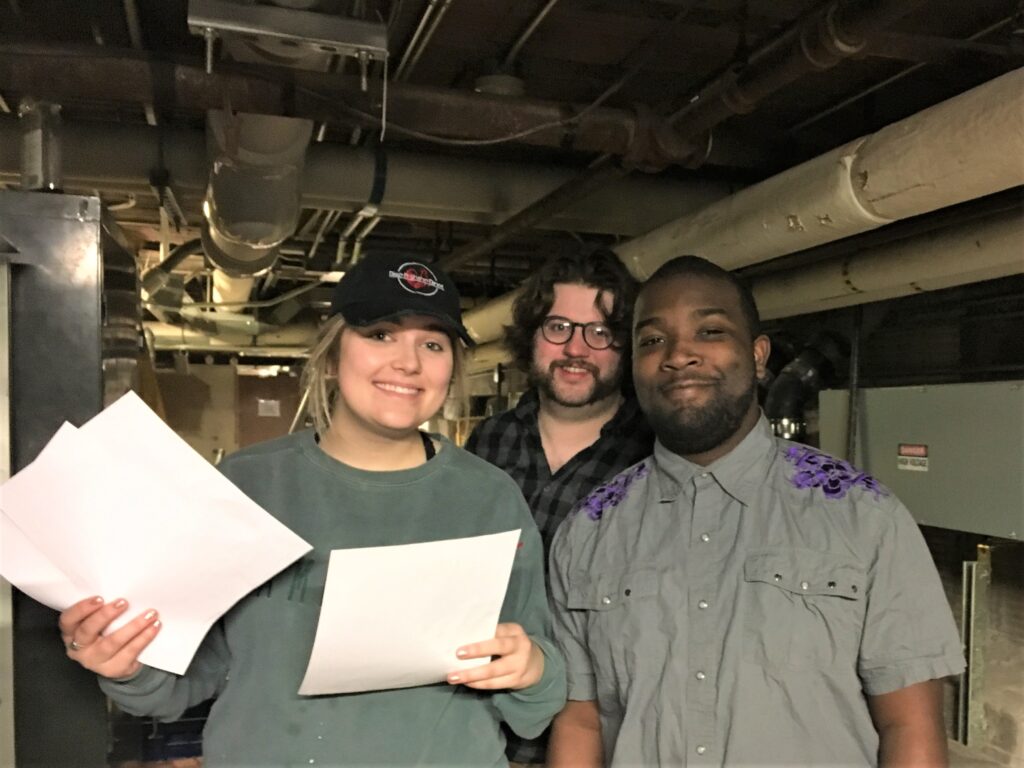 Kahan, Hartsock and Waller on set

Those who were a part of the project are very proud of the final result. deHahn noted, “All the actors, behind the scenes folks, and students brought their own unique twist to the film. Delvon, the main character, curated a funny and clever screenplay, and it was exciting to see his idea come to life.  But more importantly, it was wonderful to be witness to such a passionate collaboration.” 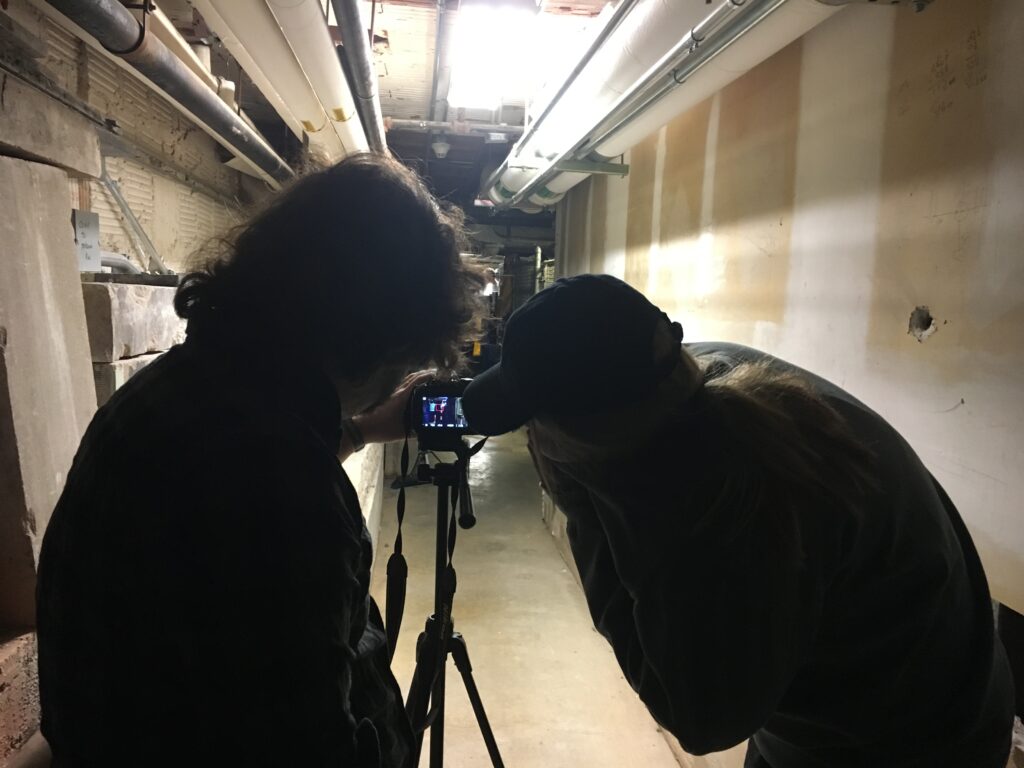 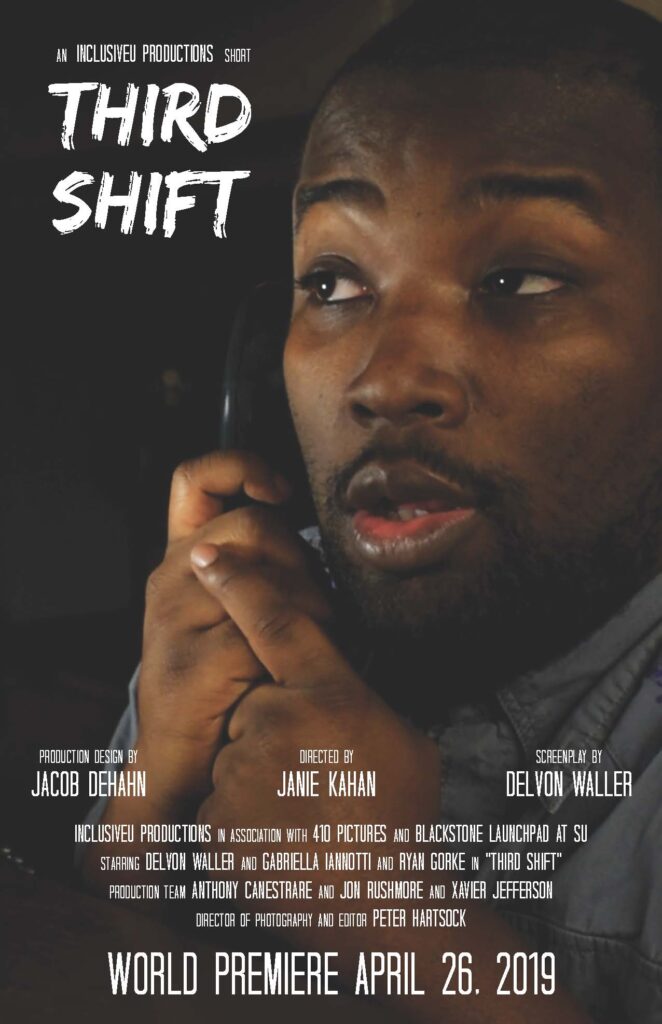