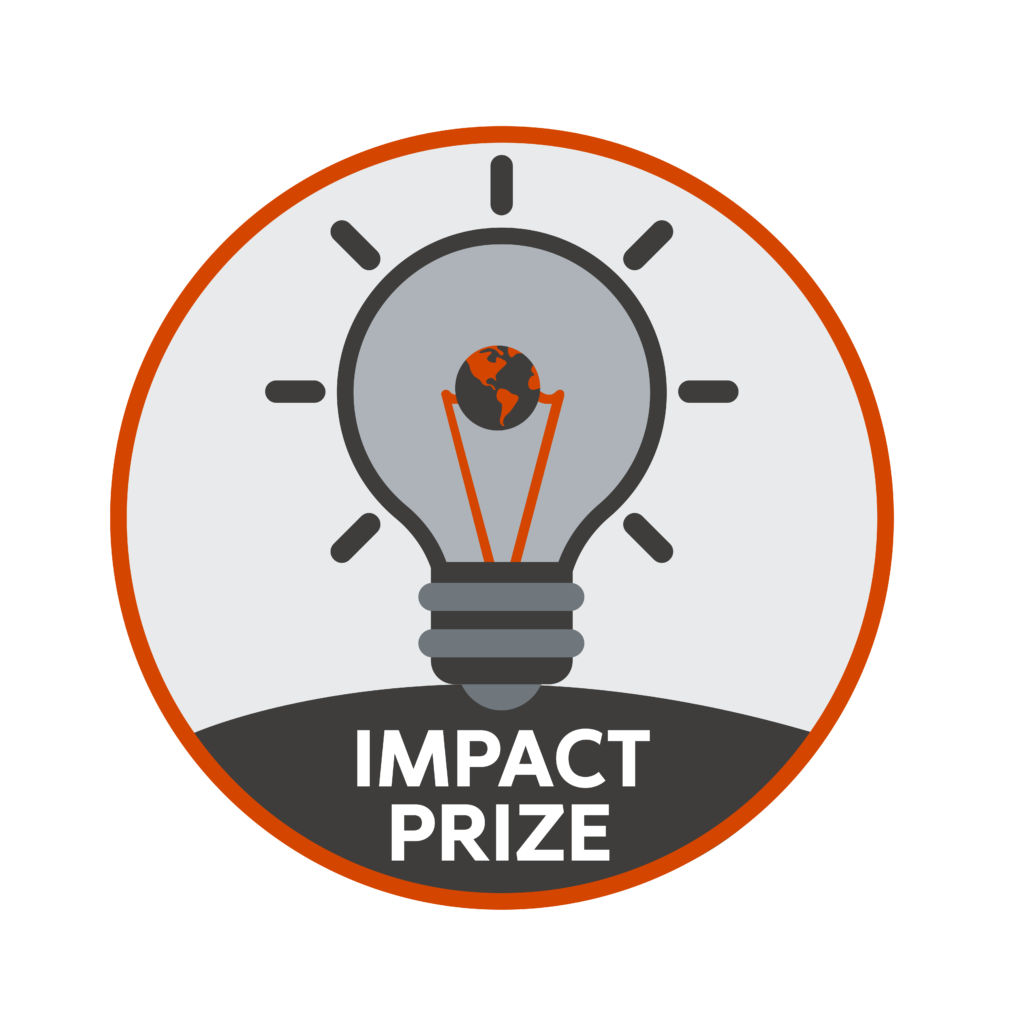 The Impact Prize will support student entrepreneurs who are engaged in solving some of the world’s most pressing problems through innovation and human-centered design. The Impact Prize initiative, coordinated by the Blackstone LaunchPad at Syracuse University, is supported through a gift to SU Libraries from Dr. Gisela M. von Dran.

The Impact Prize will consist of two components. The first is an Impact Generator workshop series, and the second is an Impact Prize Competition, open to both graduate and undergraduate Syracuse University students from all academic areas. All events will be held in Bird Library.

The Impact Prize initiative will officially kick off on September 22, which will also mark the start of the application process, which will be open until October 27.  Twelve teams from across campus will be selected to pitch at the November 14 prize competition.  Teams will vie for $5000 in awards to be allocated across the most promising solutions to societal issues.

Impact Generator workshops are scheduled for September 28-29 and October 5-6. These interactive sessions will be led by local nonprofit leaders and catalysts who are change-makers in:

The goal of the workshops is to inspire students to think about big challenges in these areas, understand emerging issues and trends, and begin to brainstorm ideas for solutions.  All Syracuse University students are encouraged to attend these sessions, not just those interested in competing for the Impact Prize.

The Impact Prize is not limited to the categories covered in the workshop, but is an open call for products, services or technologies that can become practical, innovative and sustainable solutions to economic and social problems.  Proposals should cut across sectors and disciplines, be grounded principles of social entrepreneurship, and address human needs, whether as non-profit or for-profit entities.

Student teams interested in competing for Impact Prize cash awards can apply on-line through the LaunchPad until October 27. An initial judging round, led by prominent campus faculty and staff with expertise in civic engagement or social entrepreneurship, will select the final 12 teams to pitch. Those student teams will then pitch their social enterprise ideas to a distinguished panel of nonprofit leaders and innovators on November 14. Prize winners will be announced that day at an award ceremony and reception. The Impact Prize Competition will be a highlight of Syracuse University’s Global Entrepreneurship Week, November 13 -17, 2017.

The Impact Prize is funded through a personal gift from Dr. Gisela M. von Dran, director emerita of the iSchool’s MSLIS program, who has a special interest in entrepreneurship. As a member of the iSchool faculty, she taught organization management courses at the graduate level as well as the iSchool’s first-year gateway course. Before joining the iSchool, Dr. von Dran served as an assistant professor of management at the Whitman School of Management. She holds a Ph.D. in public administration and is the wife of Raymond von Dran, who was dean of the iSchool from 1995 until his death in 2007.  Von Dran was a longtime academic entrepreneur who started many innovative programs in higher education and supported student innovation and entrepreneurship at Syracuse University. Shortly after his death in 2007, Gisela von Dran established the Raymond F. von Dran Fund, and directed that fund to support the RvD initiative which funds the iPrize.

The Impact Prize will be managed by the first Blackstone LaunchPad Engagement Scholar, Kennedy Patlan (‘18), a triple major in Advertising, Citizenship and Civic Engagement, and Women’s and Gender Studies. The Engagement Scholar position was created as a part of the LaunchPad’s goal to grow social enterprise ventures across the campus innovation ecosystem.

Through her time at Syracuse University, Patlan has looked for ways to merge public and private sectors for impact. After conducting research on the relationship between nonprofits, technical fields, and sustainability, she is interested in building programs that serve as a campus-community collaborative. Kennedy has been involved with an array of organizations such as Hill Communications, the POSSE Foundation, and the Syracuse Philanthropy Council. She is a Resident Advisor and a current Remembrance Scholar. Kennedy will develop the outreach, branding, marketing, recruiting, and organizational aspects for the first annual Impact Program.