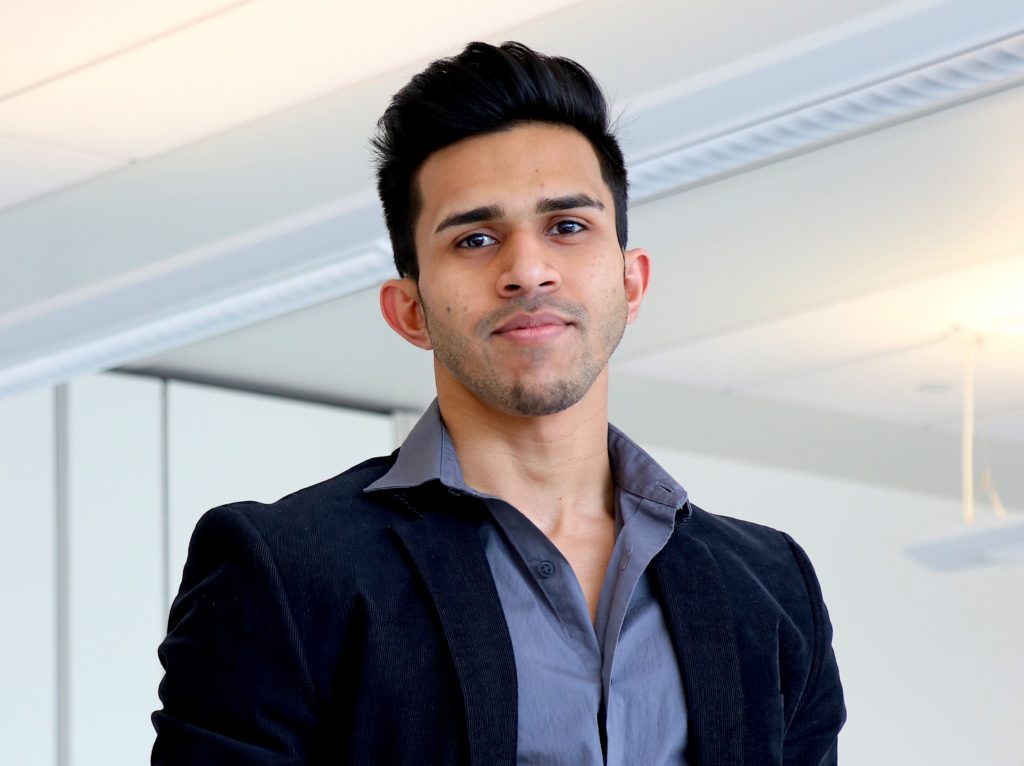 Most students take at least a couple of days off after graduation, but Ibnul Rafi ’18 won’t be one of them.

Instead, Ibnul, a Blackstone LaunchPad participant, will immediately launch into Invent@SU in New York City, where he will work with other SU students and alumni to build a prototype of a device to solve a social problem.

As of right now, Ibnul says he wants to use his biochemistry degree to build a device that will improve the healthcare system in Bangladesh, where he was born.

“This is a great way for me to start my entrepreneurial life as I will be going through the process of pitching ideas and working with others,” he said. “Given that I want to become a doctor in the future, starting something that focuses on healthcare will greatly add to my experiences.”

Invest@SU is a program that helps students from Syracuse University to work on ideating, iterating and building a prototype that could potentially solve an existing problem in society or in a particular community.

Through the program, Ibnul hopes to find a way to make healthcare more accessible to communities in Bangladesh, particularly because hospitals and clinics are severely understaffed and underfunded.

During his junior year, Ibnul studied abroad in London, where he volunteered at Doctors of the World UK, a humanitarian movement clinic that provides healthcare to refugees and destitute migrants. During his time there, Ibnul remembers one particular interaction he had with a patient who had come in for treatment.

The patient had lived in the country for over ten years but was afraid to share his personal and medical information with the clinic because of his legal status. Ibnul recognized his fear as he moved to the United States when he was 14 and had to adjust to a foreign culture on his own.

Ibnul asked the nurse if he could speak with the patient, and in his broken Hindi, talked to the patient about what was going on.

“In our five-minute conversation, he shared what I sensed he hadn’t told anyone before– the pain of not being able to go home and spend time with the people from his culture. I held his hand and reassured him that his problem would be over soon and that he would get the help he needed from the clinic,” Ibnul said. “With this interaction, the patient became more comfortable and was willing to share his medical history. The smile on his face gave me a sense of satisfaction which I will never forget.”

Ibnul says he hopes to start something that will give disadvantaged communities, not just in Bangladesh, but around the world, better access to medicine and healthcare. He hopes he can help more people like the man he met during his time abroad.

“Everything starts with an idea. It doesn’t matter whether an idea leads to a start-up to eventually become a company or an organization. What matters is our willingness to make a change and make life easier for people,” Ibnul said. “Because I’ve spent the last four years studying pure science, this internship will give me a better understanding into the world of entrepreneurship so I can make my own impact on the world.”