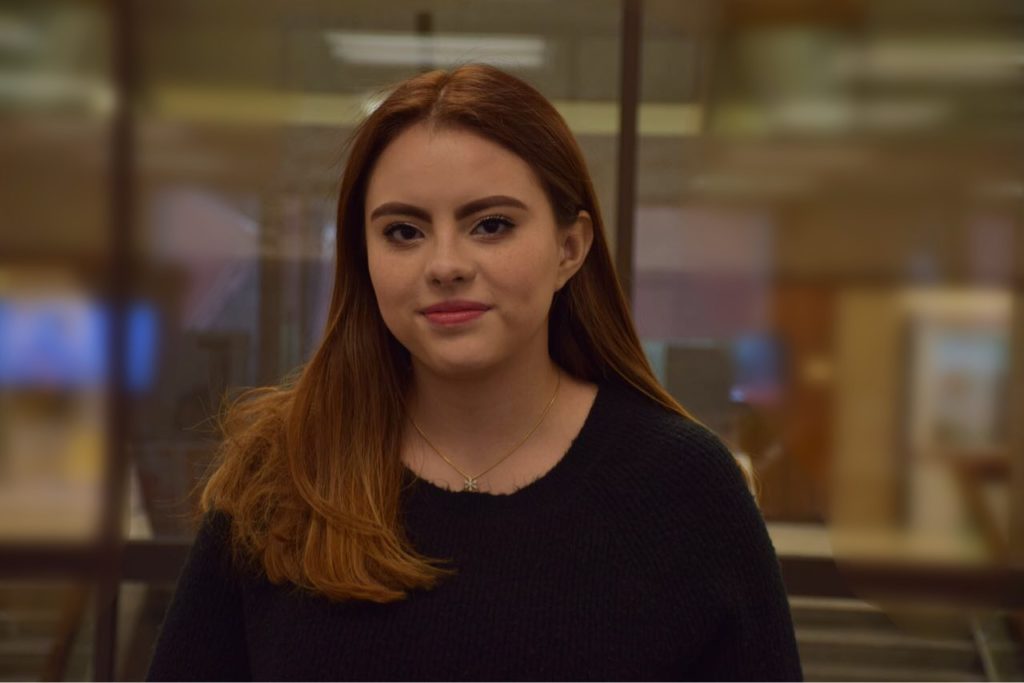 You wouldn’t expect most ten year olds to be self-taught web designers, but then again, Hanna Benavides has never exactly been one with the crowd.

“I remember when I signed up for Piczo.com to make my first website, I foolishly believed it was as easy as dragging and dropping text boxes and glittery icons. But I quickly discovered that I was missing an element to get my website to look as pretty as the ‘big league’ fansites,” Hanna said. “That was when I taught myself how to code.”

Hanna’s nature is to be a self-starter.  That trait led her to co-found Globalists, an organization at Syracuse University that aims to give students an outlet to start conversations around global issues, trends and diversity, as well as to celebrate differences in culture and experiences.

“The idea behind Globalists isn’t exactly groundbreaking or new, but what makes it special is that it is the brainchild of two people from very different backgrounds, with very different visions,” she said. “To me, entrepreneurship is new and distinct visions, coming together to create a product. That’s precisely what Globalists is.”

She now serves as Creative Director at Globalists, where she oversees web design, visual layout, photography– in essence, the creative side of the organization.

Throughout her time at Syracuse University as a double major in information management and technology as well as television, radio and film, Hanna says she has gone from being a contributor to being a leader.

“Although I lead a group of people, I still need to make sure people still have the chance to contribute their own ideas, so Globalists can help tell their story as authentically as possible, while still keeping our vision intact,” Hanna said.

Hanna says one of the biggest hurdles she has overcome while expanding Globalists has been navigating different types of content and presenting it in a way that is appealing to readers.

“When we first launched the website, we started off with very little content. That was a challenge in itself,” she said.

While designing the website, Hanna says she had to create a template that brought attention to specific stories and could accommodate multiple forms of media. Moving forward, she wants to continue building the Globalists brand.

Globalists is hosting its first event of the year on April 20. “Joint Narratives” will feature a guest keynote speaker, Professor Hub Brown, an associate broadcast and digital journalism professor and the Associate Dean for Research, Creativity, International Initiatives & Diversity. There will also be a panel discussion featuring representatives from several student start-ups and organizations, including DOodleTheNews and the Society of Professional Journalists. Discussion will revolve around the importance of diversity in storytelling.

Hanna says her own cultural identity motivated her to help put the event together.

“I’m Mexican with a complicated background because I’ve only lived in Mexico for a couple of years. I spent the rest of the time in Japan,” Hanna said. “For that reason, I’ve always been in this weird gray area of identity, and I think when it comes to diversity in storytelling, there has been a lack of representation for people I identify with, or for people who should be contributing their stories.”

“With media now, people have a voice to share their stories, and things are changing on most platforms,” Hanna said. “But to be able to continue this change, there needs to be open discussion on the future of media. Events like this make that possible.”