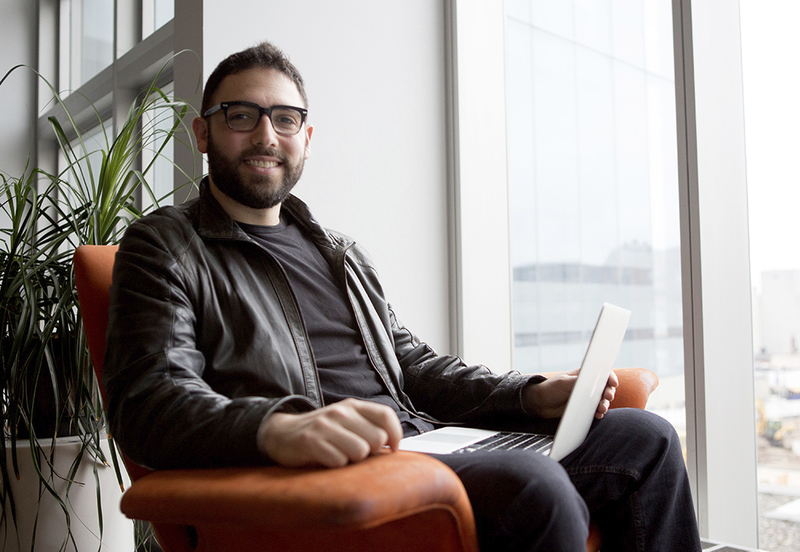 As a computer science and engineering student at the University of Michigan, Doug Gursha felt left out of a large part of his school’s culture because he didn’t understand the rules of football. He tried to learn about the sport by watching videos, looking things up online and even downloading the NFL rulebook, but the information he found was hard to understand.

Doug started gathering the information he found and writing it out in a way that was easy to comprehend, and eventually he started building his own website. He wanted to create a centralized destination for learning about sports, and was serious about turning the personal project into a company.

He turned to his older brother, Mike, an entrepreneur and Syracuse University alumnus. Together they created Rookie Road, an online interactive destination with tutorials for learning the rules of different sports. Now, Mike is the CEO of Rookie Road, and Doug is the startup’s product architect.

“He’s been really essential to the success of the company,” Doug said. “I approached him not only because he’s my brother and I trust him but (because) he just has so much knowledge in the startup space.”

As CEO, Mike is in charge of hiring employees and making sure they’re on board with Rookie Road’s long-term goals. As product architect, Doug is in charge of web development for the site. The Portland, Oregon-based startup employs writers, designers and engineers to create original content for Rookie Road that teaches users the rules of basketball and football.

While the idea of working with a sibling might seem daunting to some, the Gursha brothers enjoy working together because they’ve found a balance between each other’s skillsets. The brothers, who have always been close, use their complementary talents to keep the company moving forward.

“He’s a product guy, and I’m a strategic guy, so ultimately our ways of thinking are different from each other,” Mike said. “Obviously we’re brothers, so we have a bit more than just a business relationship, but I’d say in business in general, having a partnership with a partner or a co-founder is kind of just like being in a relationship or being in a marriage. You just have to ultimately listen to each other.”

As a child growing up in the Silicon Valley in the 1990s, Mike immersed himself in technology. He landed an internship at Google at 17 and graduated from SU in 2010 with majors in television, radio and film and entrepreneurship and emerging enterprises.

After graduating, Mike worked for several tech companies and startups before returning to Syracuse in 2015 as the S.I. Newhouse School of Public Communications’ first entrepreneur-in-residence. He worked with students and taught several classes about the intersection of business and content creation. It was at the end of his time at Newhouse that Mike got involved with Rookie Road.

As an adviser for Rookie Road, Cathy Gordon Harr said she’s impressed with how focused and motivated the Gurshas are. Harr worked in new business development at Google and has known Mike since he interned at Google.

“I see a lot of people who want me to do the work rather than them doing the work,” Harr added. “My job as an adviser is to give them options, to make some suggestions, but at the end of the day it’s their company.”

Harr added that the brothers’ success stems in part from them filling a hole in the sports community.

“If you know something about a sport and someone comes to you and says, ‘Explain this to me,’ it’s very hard to do because you’re so familiar with it that you don’t know how to go back to the most fundamental thing,” Harr said.

With any startup there’s an aspect of uncertainty, but Mike’s experience with startups and his knack for spotting good ideas earned him the trust of influential people in the business world. This includes BuzzFeed CFO Mark Frackt, an SU alum and another one of Rookie Road’s advisers.

“You tend to look at the person and say, ‘Is this somebody I believe in and makes sense, who I think can figure this out, knowing that the original idea likely will iterate a few times before that person figures out what the ultimate business is?’” Frackt said. “Mike had struck me as this dynamic person who understands what it takes to start up a company.”

Later this spring, Rookie Road will launch baseball, soccer and ice hockey content. The Gurshas plan to add more sports to the site later this year. Meanwhile, their small team of writers, designers and web developers is hard at work to ensure that Rookie Road’s content stands out.

“Find the right people to surround yourself with,” Mike said, “and you will be able to build remarkable things.”