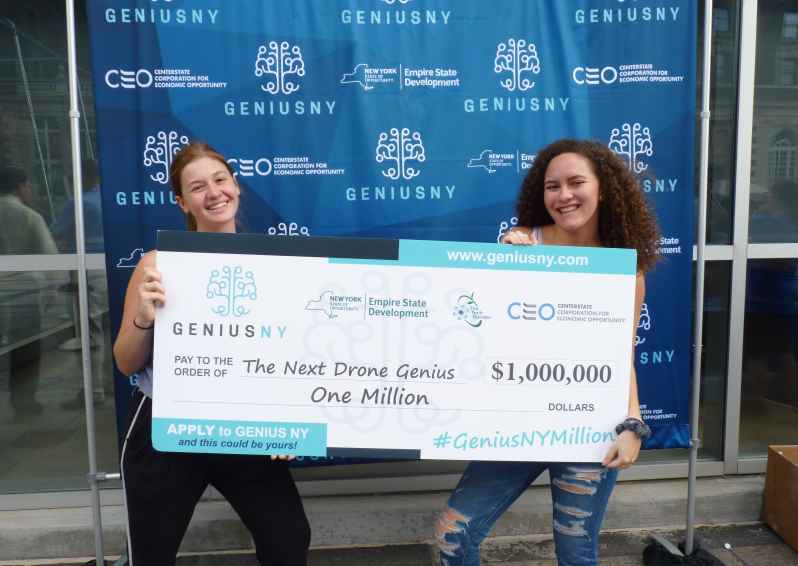 The GENIUS NY program, the largest unmanned systems accelerator in the world, is now opening its applications to include startups in big data (smart cities, cybersecurity) and internet of things (IoT) (smart devices, AI).  Applications are open through Oct.1, 2019.

GENIUS NY is a business accelerator program based at the Tech Garden in downtown Syracuse, which invests $3 million in five early stage companies each year, while also providing incubator space, business programming, mentors and advisers, and resources. Now in its third year, it has already invested $9 million in 17 startups.

The program’s central focus is on unmanned systems, building on the progress of CNY Rising, the region’s comprehensive strategy to revitalize communities and grow the economy. New York State has invested significant resources to advance the unmanned aerial systems UAS industry in the region, which is home to one of only seven Federal Aviation Administration test sites and the only 50-mile beyond visual line of sight (BVLOS) corridor for testing drones.

This year, the program will expand its focus to IoT and big data to better leverage other regional initiatives, including the proposed Syracuse Surge and Smart Cities Initiative, announced this year. Syracuse Surge encompasses more than $200 million of public and private investment to prepare Syracuse for the Next Economy. The Smart Cities Initiative involves replacing all of the city’s streetlights with energy efficient light-emitting diodes that can connect to a variety of devices to help the city collect data and provide broadband access.

“We know that the future of the UAS industry includes data collection, storage and cybersecurity. Expanding the application criteria to include these complementary industries to the UAS field gives GENIUS NY a more diverse cohort of companies that can support and advance one another and not overlap,” said Jon Parry director of GENIUS NY. “This creates a stronger ecosystem of companies that will enable the program to be even more successful in the future.”