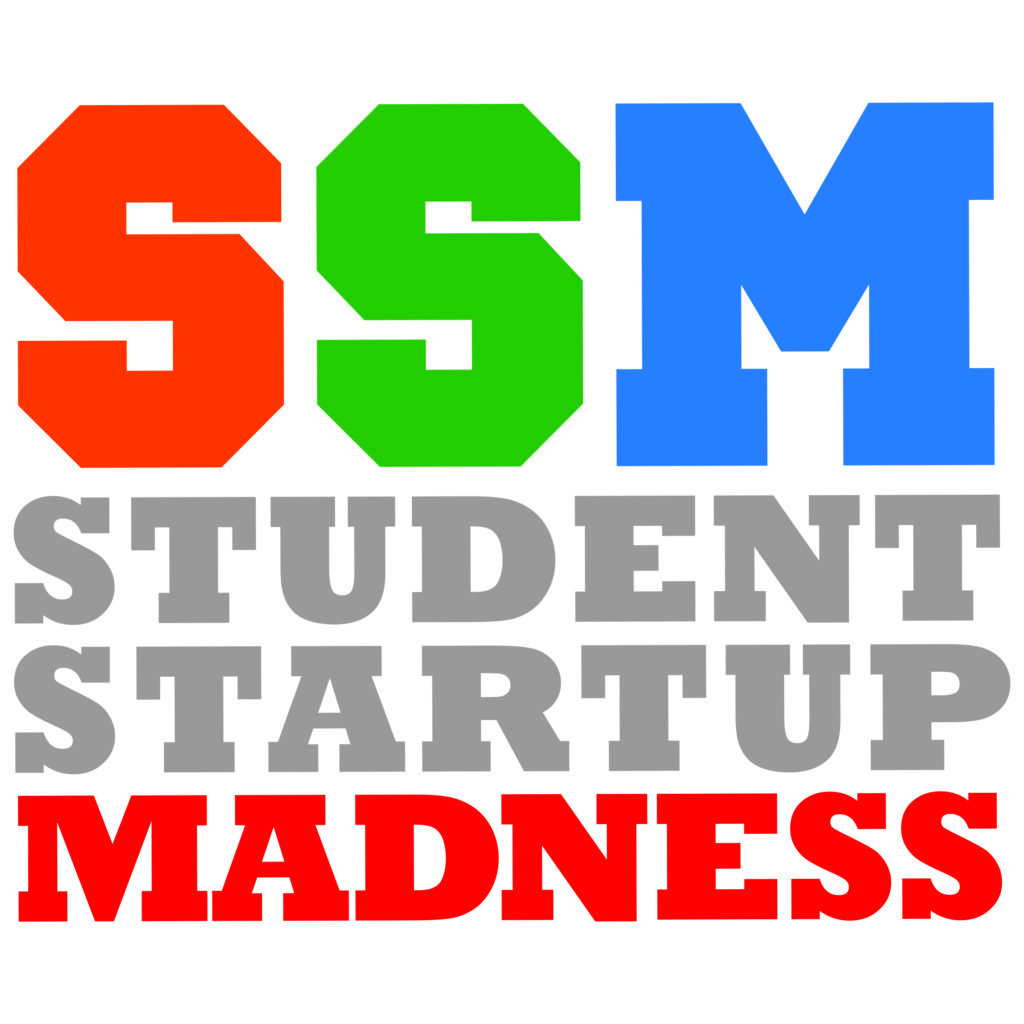 Student startup teams from colleges across the country are competing for top honors and bragging rights in Student Startup Madness tournament. The “starting field of 64” for this year’s Student Startup Madness (SSM) competition was announced today. Four of those teams are from Syracuse University:  Savofair, COCO, WalkAround VR and Spolitic..  SSM will culminate on March 13, 2017, with the “final eight” competition on-stage at South By Southwest in Austin, TX.
Story source:  http://studentstartupmadness.com/Hundreds of applications came from colleges across the country, from large state universities to small private colleges, from technical institutes to liberal arts schools. Applicants came from more than 60 different colleges and universities with active entrepreneurship campuses having multiple entrants: Michigan State University (27), University of Southern California (20), Syracuse University (14) and University of Maryland (11).

“We believe these 64 teams are the best college digital media startups in the country,” according to Sean Branagan, creator of Student Startup Madness and director of the Center for Digital Media Entrepreneurship Center at Syracuse University’s Newhouse School. “Some of these students want to be the next Zuck or Snapchat, yet they come from colleges far and wide, not just the usual universities in major tech hubs.”

“During the application period,” he continued, “we heard from college startups who are creating 3D printed pizzas, developing new kinds of wearables, and trying to disrupt every industry imaginable. Some are even aiming to disrupt the major high-tech companies who started as college startups years ago… Ah, this is the circle of digital media life!”

With this announcement of the starting field, the SSM competition really begins, and all teams have a shot at top honors and the SSM National Championship. The first two rounds of the tournament will be held online, and the competition culminates with the finals on-stage at South By Southwest (SXSW) Interactive in Austin, Texas, on March 13, when the Entrepreneurial Eight will pitch to a panel of startup judges.

This year’s competition will be emcee’d by Jesse Draper, a powerful, young voice in the national startup scene and an advocate for women founders. She will be joined by an elite panel of judges, which will be announced soon.

Student Startup Madness is the only nationwide collegiate tournament focused on digital media startups. It affords college student startups the opportunity to compete against fellow student entrepreneurs, grab the attention of potential investors and supporters, and build an elite professional network. At the SSM finals at SXSW, eight elite college student startups will pitch their businesses to well-known investors and entrepreneurs who can help them transform their ideas into success.

The SSM tournament is promoted by anchor universities in regions across the country and supported by Walmart Technology and The Blackstone Charitable Foundation. SSM also cross-promotes the tournament with Blackstone LaunchPad, a global campus based entrepreneurship program, with Women 2.0, the leading media brand for the next generation of technology leaders, and with Student Veterans of America, a coalition of student-veteran groups on more than 1,300 college campuses across the globe. All these organizations believe in the power of American entrepreneurship and innovation on our college campuses.

SSM Tournament Format
Each round of the nationwide tournament will build momentum, awareness and social media buzz, drawing attention to colleges and universities as sources for innovation, entrepreneurship and talent while showcasing university entrepreneurship and encouraging college students to start businesses.

More than 200 student startups applied online between August and early December. The first round of competition will be held online among the 64 startup teams, with judging conducted via Gust.com, a platform used by angel investors around the world.

From the starting field, 32 semi-finalists will be chosen and advance to the next round. By late January, the Entrepreneurial Eight finalists will be selected and invited to pitch to a well-known panel of entrepreneurs, venture capitalists and investors at the Student Startup Madness national finals in Austin, Texas, on Monday, March 13, 2017. The SSM Finals and Championship event will be held at SXSW’s Startup Village main venue in the downtown Austin Hilton hotel conference center.

Student Startup Madness debuted in 2012 at SXSW Interactive with a launch event and kick-off pitchfest, where five student startup teams representing eight colleges and universities pitched their ventures and won prizes. Today it is a national tournament main venue of SXSW Startup Village. For more on Student Startup Madness, visit the website, see us on Facebook, or follow us on Twitter: @StartupMad.