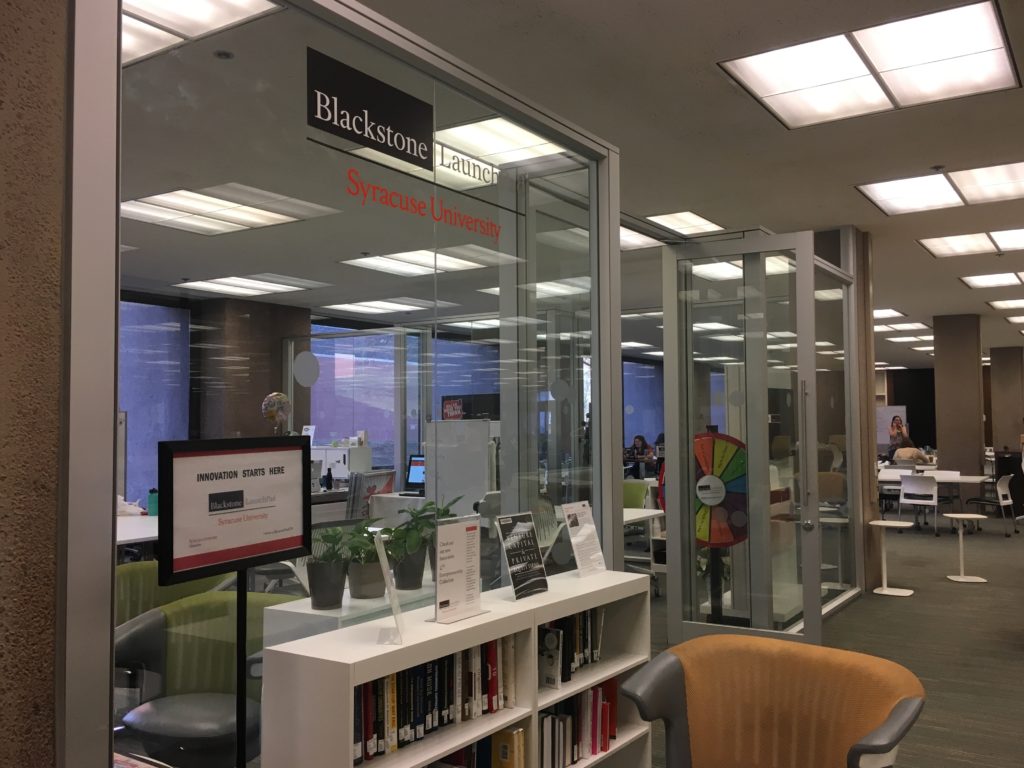 The Blackstone LaunchPad cut the ribbon in Bird Library two years ago this month, and has enjoyed wide participation across campus.  In fact, it is growing so fast, it is already bursting at the seams.  This summer, the glass cube in Bird Library will double in size to provide even more co-working flex space, and to host technical workshops and networking events.  We’re excited to be expanding this summer, thanks to a commitment by SU Libraries to the program.

Highlights of the first two years include:

Who are our innovators?

What academic programs do they represent?

LaunchPad participants come from across many academic program areas, and we welcome more from each discipline.