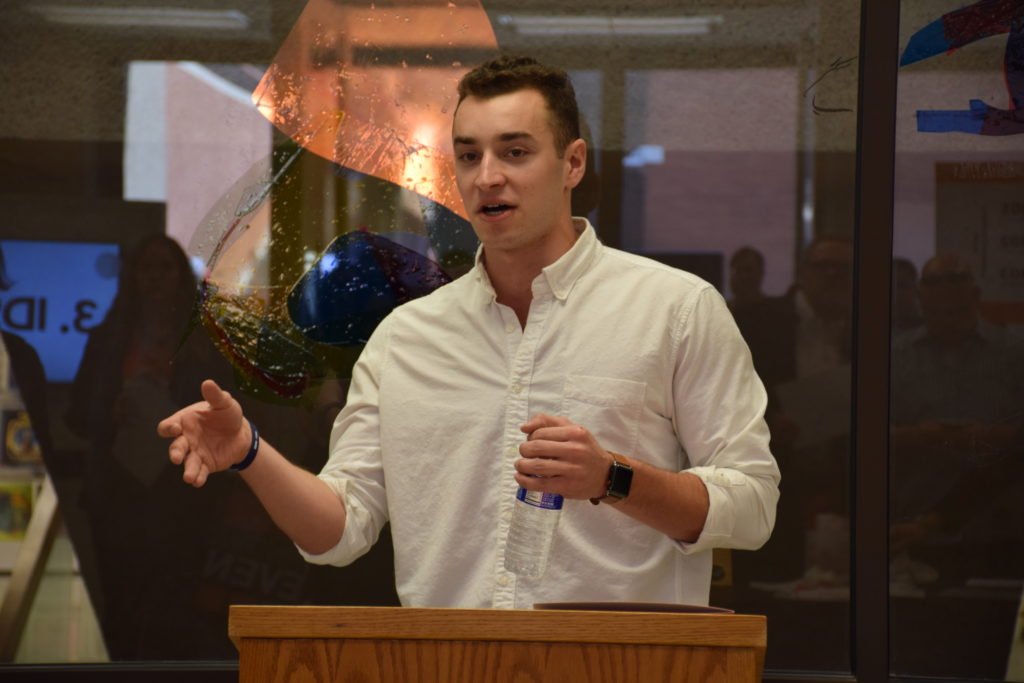 No matter what time or day it is, if you ask Dylan Gans ’18 how he is doing, he will always respond, “I’m so good. How about you?”

His exuberant outlook is evident in his both life and his work. From a young age, he knew he wanted to impact his community positively. Born and raised in Hoboken, New Jersey, Gans experienced firsthand the devastation Hurricane Sandy brought to his city in 2012. After seeing so many local businesses and homes destroyed, he created ASAP Construction while still in high school, with the simple mission of rebuilding the community. Gans and his friends banded together, created a large network, and went to work. “That’s when I definitely caught the entrepreneurship bug,” Gans says. “I just knew I wanted to better the community I live in.” The work of ASAP Construction is continuing today.

After arriving at the SU campus in the fall of 2014, Gans began his search for entrepreneurship opportunities. As a finance major at the Whitman School of Management, he hit the ground running with an internship at Bank of New York Mellon. “I learned so much about the industry at BNY Mellon. But it was also there that I started developing an even stronger fascination for startup culture,” Dylan explains.

In his sophomore year, he was introduced to EntreTech NYC, an experiential learning platform for Syracuse University students to visit the best and brightest startups and technology companies in New York City. During the week-long program, Gans visited Good Uncle, a startup looking to create a food delivery business for college students. Gans sat in on a focus group with CEO Wiley Cerilli at the Good Uncle NYC office. He saw how Good Uncle was focused on quality, and he smiles as he recalls the meeting, he was also instantly attracted to the idea of having a delicious bacon, egg and cheese bagel delivered straight to his door at Syracuse University. More than that, he was inspired by the unique combination of high quality and customer service that Good Uncle effortlessly embodies. After the focus group, Gans approached Cerilli and began a conversation, later securing an internship with Good Uncle that summer.

That fall, Gans helped bring Good Uncle’s philosophy of easy-to-get, delicious food to Syracuse University. Utilizing his incredible network through Whitman, the iSchool and his fraternity, Phi Kappa Psi, Gans organized focus groups to better facilitate customer discovery and figure out how to best approach marketing Good Uncle’s pilot market. After extensive research on the ground and strategizing with the team back in NYC, Good Uncle launched in Syracuse in the fall of 2016. The company has since then expanded to University of Delaware in August 2017 and University of Maryland in the fall of 2017. 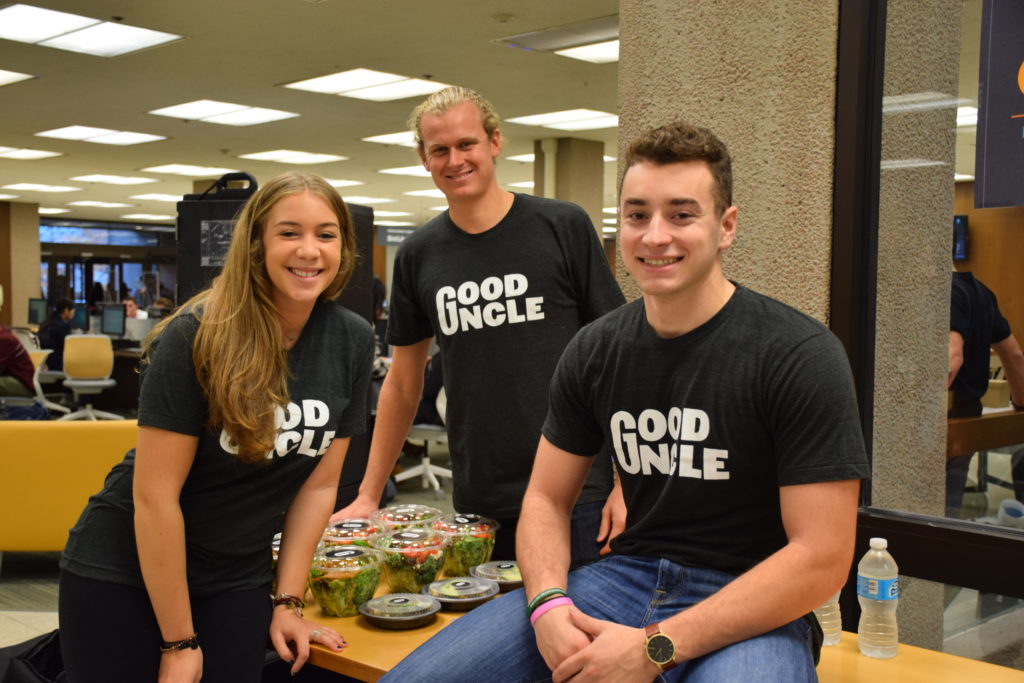 Gans has accepted a full time position with Good Uncle after graduating in May 2018, and will be working in Good Uncle’s general business development with a specific focus on marketing operations and market activation. Gans is excited to have been on this growth journey with the company over the past three years and beyond. He’s proud to be employee number nine.  “When you work with people that you look up to and respect so much, work doesn’t feel like work. I feel really lucky,” he says.

With graduation right around the corner, Gans reflects on his past four years at Syracuse University and feels nothing but immense gratitude and Orange pride. “Everything I have in my life is because of my parents, Hoboken, and Syracuse University,” Gans says. “Now that I am taking the first steps in my professional career in the world of entrepreneurship, I want to make sure I’m leaving my mark in Syracuse just as it has left a mark on me.”

So Gans asked himself, what better way to leave Syracuse better than he found it than contributing directly to the entrepreneurial space?  He became president of the Blackstone LaunchPad student advisory council, in addition to his work with student entrepreneurship organizations like Vision.  Then he went to work engaging with the Dorm Room Fund to bring it to the SU campus.

The Dorm Room Fund provides student founders with the perfect package to kickstart their idea: a wide network of world-class mentors, access to serious investors and a $20,000 seed investment. Gans is now the Dorm Room Fund Campus Organization Network coordinator for Syracuse University, working to bring more opportunities to campus entrepreneurs, working with the Blackstone LaunchPad.

“The LaunchPad at SU has given me constant mentorship and a supportive community of peers who share a similar love for fresh ideas. I’m honored to give back to this place in any way I can,” Gans explains. “I was so hungry to become part of the entrepreneur community here, and now with the introduction of the Dorm Room Fund, more innovative students can get their start to the next big idea.”

How many student entrepreneurs create this kind of impact?  And, how many ask themselves, “What better legacy than to create one?”  That is the hallmark of an innovator.  And, that’s the heart, soul and spirit of Dylan Gans.

Photo of Dylan with the Good Uncle team, and announcing the Dorm Room Fund partnership,  by Blackstone LaunchPad Staff