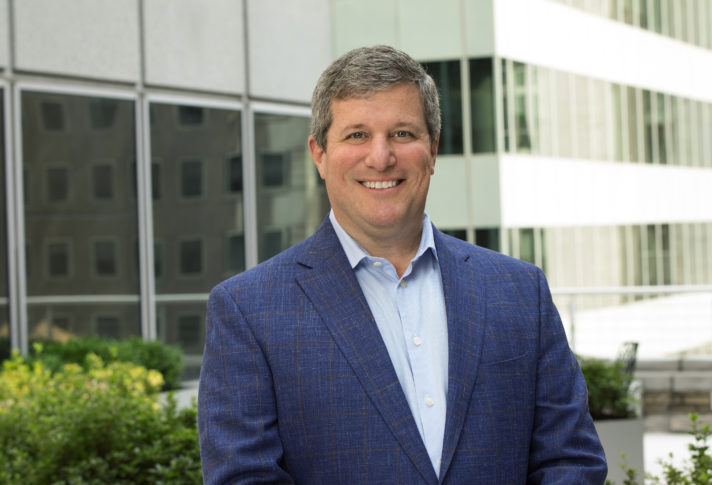 Doug Mellinger will be joining SU innovators, inventors and entrepreneurs on Monday, October 1 at noon in the Blackstone LaunchPad to share his experiences as a founder, investor, and entrepreneurship advocate.

As a freshman in 1982, Doug stepped out of the academic mold.  He tells the story of cajoling Syracuse University into allowing him to create his own entrepreneurship academic program, which he notes was a first on campus. He graduated in 1989 with a B.S. in Entrepreneurial Science.

By the time he completed his custom degree program and moved into industry, he had served as the National and International Director of the Association of Collegiate Entrepreneurs (ACE) and was part of the developing Young Entrepreneurs Organization.  He is a longtime member of Young President’s Organization.

Mellinger currently serves as the Managing Director and Head of Marketing for Clarion Capital Partners, a private equity firm that invests between $15 and $50 million of equity in businesses generating greater than $7.5 million of EBITDA.

He joined the firm in 2013 from Palm Ventures where he was a Managing Director.  He was founder of PRT Group, which he started in 1989 with $12,000 and built to $85 million in sales in just over eight years. It was an early leader in offshore and nearshore software development and was one of the fastest growing companies in America.

An avid entrepreneur, Doug is a founder of numerous groups and organizations including Foundation Source, the nation’s leading provider of outsourced services for private foundations and Enherent, a global software development company.

Students from across Syracuse University are invited to attend. Please RSVP to LaunchPad@syr.edu.