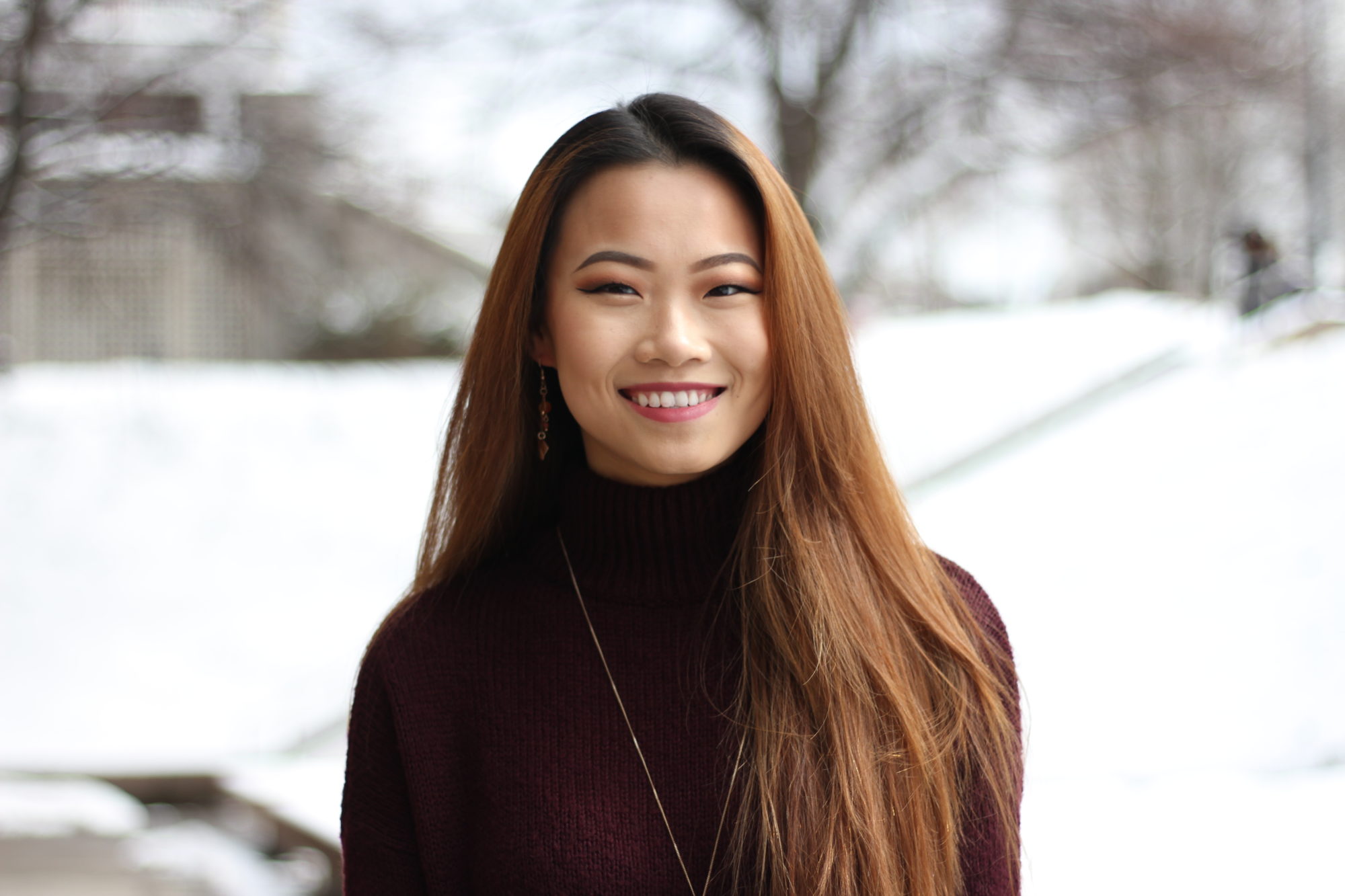 Dorothy Deng is a multifarious junior pursuing a triple major in entrepreneurship and emerging enterprises, finance and accounting and a minor in Chinese, in the Whitman School of Management and College of Arts and Sciences.  She has always exuded the true entrepreneurial spirit, as the idea of having control over her own life resonates with her. Not only has she started multiple businesses, but also always has an eye open for new opportunities to capitalize on.

Growing up, Dorothy moved around quite a few times, from China to Hawaii, to finally settling down in Los Angeles, giving her a taste of a lot of different cultures, which only added to her entrepreneurial outlook. Dorothy owes a big part of her entrepreneurial drive to her parents, who are entrepreneurs, and have always enthusiastically supported each one of her ventures. Reminiscing on some of her childhood stories, she mentioned starting businesses at a young age, where she traded cards in her school for 10x the price.  While her school made her give the money back to the kids, this only sparked her entrepreneurial wild fire.

“I loved money,” she said, when asked what was the driving force behind her starting various ventures. “I want to be my own boss, I don’t like to be constrained.” Her parents helped with some initial capital she needed in order to get her off the ground, thereby letting Dorothy explore various industries and ideas.

This started the process of idea generation that spiraled in her head, where she thought about everyday issues and brainstormed impactful solutions for them. She initially started a drop shopping business that pivoted around providing dorm supplies to incoming freshmen.

Deng recently started a fashionable rave glasses business called- VSpecs. She was sitting at lunch one day, when her mind wandered, and she changed dimensions through scenario generation — leading to the idea for VSpecs. She started doing her research right there, tapping into the market of “wants,” where her customers “wouldn’t want it unless they see it.” This venture helped her hone hard skills like creative marketing and Photoshop, and forced her to practice “marketing on a budget.”  The reaction to her idea from her friends and family was overwhelming as they all saw her passion and supported her. “It makes me emotional seeing my products being used.” She currently sells her products on her website and Etsy.

“If you don’t enjoy what you are doing it’s never going to work.”

When asked to describe herself, Deng said, “Attention to detail and making a good personal assistant” are probably her power suits. When struck with an idea for a venture, “I will not sleep that night just from doing research.  It’s like a caffeine high but not really.” She talked about the importance of getting hold of the “smaller picture” before directly jumping to the “big picture.” She believes it is of utmost importance to tackle and master the small battles before you decide to fight a war.

Dorothy is also the current co-president of the Entrepreneurship Club on campus, where she spearheads speaker outreach and various other logistical matters. She credits the club for being one of the main reasons she ventured out to try delving into more industries. She hopes to build a diverse set of skills in order to capitalize on future opportunities. “I was inspired to do more with my life, if they could do it, I can do it.”

Her concluding advice is about the vitality of never giving up. Having failed a couple times herself, Dorothy realized the importance of market research and “knowing when to stop.” Keeping these perspectives in mind have immensely helped her navigate through life. “Having a positive outlook and patience is key, it takes a lot more time than you expect.”