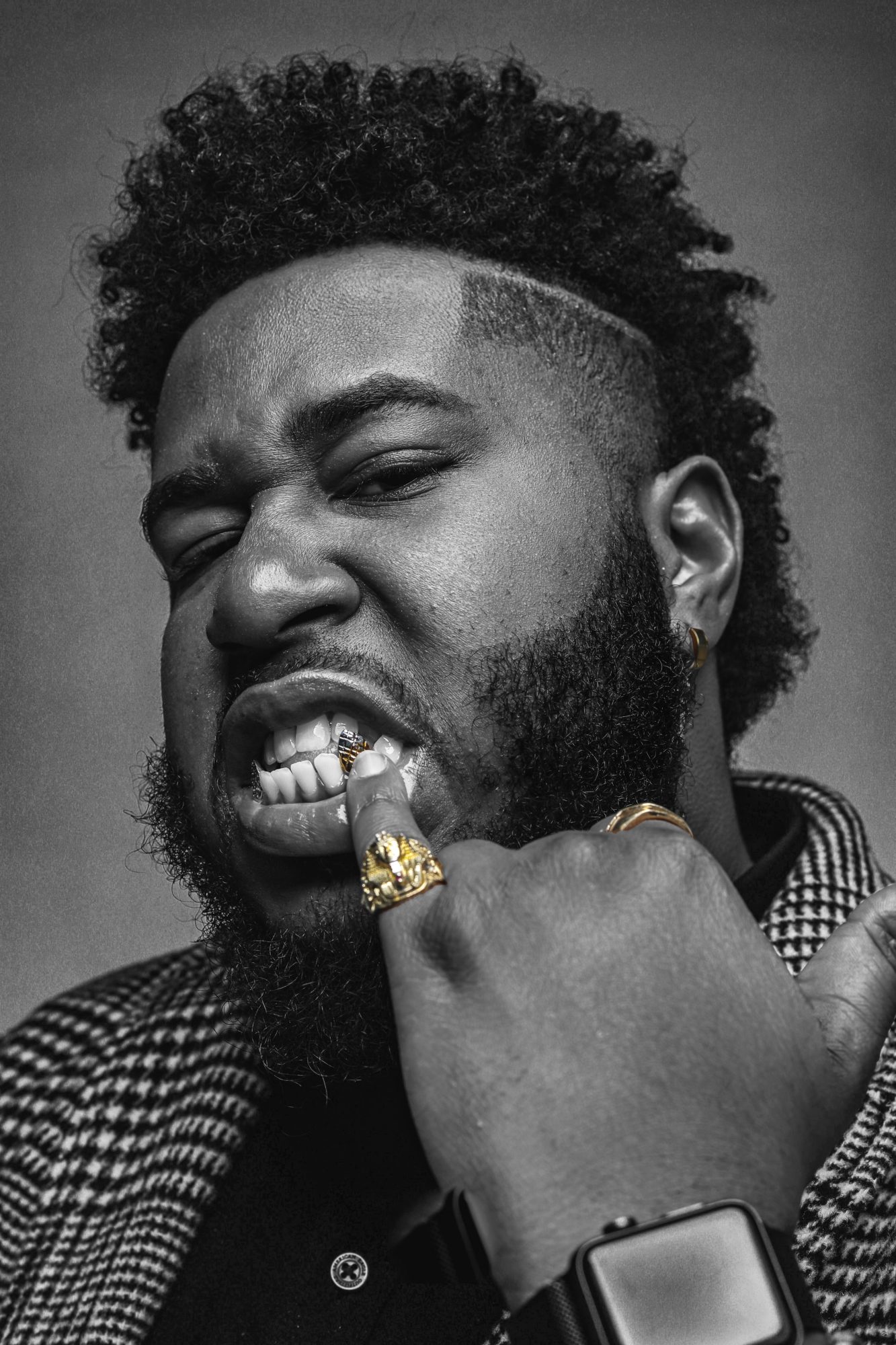 As we pack up the last of his equipment, in comes Jack, an employee at Upoint Syracuse. Lanzel asks to clock out and a smiling Jack replies, “sure man, you did a great job.” As the clock nears 8 o’clock p.m., Lanzel Smith Jr., better known by his moniker, DJ ZEL, has just finished another gig, his fourth this week, DJ-ing a promotional giveaway for the nearby apartment complex

Creating a brand, DJ Zel Entertainment, rooted in quality control and vision, DJ Zel’s reputation precedes him, with more than 11K followers and over 100K total content views on Instagram. Backing out of the driveway, heading toward his home, he gently presses the brakes. Approaching the car window are three fans, excitedly asking for directions to his event.

He told them the event had just ended. Greeting his friend and introducing himself to the others, he encourages one of them to reach out. Rolling up the window, he explains, that this “stranger” is a rising producer he’s heard good things about.

Constantly aware of his surroundings, Lanzel finds opportunities in unique places. This resourcefulness derives from his childhood experiences. He grew up in a religious and disciplined household, saying, “I was in the house a lot when I was a kid- I was religious, I’d go to church on Saturdays, people used to think I was literally a vampire.”

Raised by Jamaican parents, Lanzel spent significant time with his parents. He sees his own personality as a combination of theirs. His mother is one of the most talented people in his life. He has seen her work as a school administrator and educator while thriving as an entrepreneur, inventor, writer and leader. Dedicating much of her life to service, she taught Lanzel the value of charity and giving back to the less fortunate.

His father was much different he said, remembering, “I grew up with my dad being very stern and strict educationally.” As an educator himself, Zel’s father encouraged him to follow a more traditional path, away from creativity and towards “practical” fields like science, business and economics. He taught that studying and preparing are valuable, instilling habits his son would need to excel.

Lanzel attributes much of his success to these deeply ingrained value systems,. In what was admittedly a sheltered childhood, as he, videographer Cristian Kaigler, and I enter his Theory apartment, Zel likens his early experiences to that of the Buddah, stating, “The Buddah was sheltered.  He was well taken care of.  One day he went outside of this sheltered world and he experienced death, something he couldn’t understand.  Realizing he couldn’t understand death, he allowed himself to truly experience life, which he felt was true Nirvana.”

Arriving to Syracuse University exposed Lanzel to a life he was unaccustomed to. A tiring transition at first, he took his ample new opportunities as challenges, to both test himself and further pursue his own interests. Using his resources and mentors and he laid the groundwork for the success we see today. Reflecting on the early stages, he admits, “every single craft that I’ve developed, I was told I sucked at.” Continuing, he notes, “Maybe I was terrible, but I didn’t stop.”

As he rose to tune into the annual State of the Union address, we began to discuss his other endeavors. I noticed a large stack of comic books on the television stand. Catching my interested gaze, Zel responds, detailing his latest venture, a comic series entitled, The Adventures of DJ Zel.

Featuring appearances by real people, inspired by lived experiences, this graphic novel, set to release within the first half of 2019, illustrates Zel’s life. He gives me a sneak peek into one of the books stories, saying, “In my comic there’s a promoter that’s dying, and he says to me ‘everything has its purpose.’”

Beside the comic books on the stand, laid a 2016 edition of the student-led, Renegade Magazine. He was on the cover, cutting a client’s hair in his barbershop.

Lanzel has been cutting hair since high-school. A skill derived from circumstance, he is now a barber for a select-few students and celebrities such as Bronx rapper Smooky MarGielaa, Syracuse basketball star Tyus Battle, and most recently, Michael Rainey Jr., star of the hit-show, Power.

He describes his craft as an art, saying, “When I cut hair, I am constructing. I’m taking a vision that I have in my head, and creating it on my client.”

He unlocks his iPhone to show me some of his best work. Making use of hashtags, Zel archives pictures and videos of his best haircuts dating back to 2014. Averaging around 2,000 views on his earlier videos, his more recent posts have regularly reached around 5,000. His latest post, a promotional video, is currently sitting at around 9,500 views. He optimistically sets his goal to reach 10,000 views, placing his phone on the table and returning to a conversation which has shifted to music.

Sharing his hot-take on why Drake is his favorite artist of all time, we finally get to talking about his love of DJ-ing.

“I can’t perform at a venue if I can’t feel the music in my chest,” he says, “If there’s a song playing, I see the energy of the crowd, and I can see if the next song will get them lit. It’s a surreal feeling.”

As a successful creative and a businessman, Smith continues to redefine his potential and remain limitless. A self-described “multi-potentialite,” Lanzel is focused on skill-development and vision, repeating his companies’ mantra, “Versatility is gold.”

Analyzing his living room, I can see the subtle and the apparent ways he has transformed, not only our campus, but various communities across the country. With his energy, confidence and versatility, he has no signs of slowing down.

Zel believes he is on pace to accomplish each his goals of $1 million dollars by age 25, saying, “At 20, I thought about where I want to see myself in five years, right now I’m 23, and I’m on the path.”

He will continually evolve, explaining, “Yeah, you have to respect history, but then you have to acknowledge that it is history (in the past).”

“I want to create in a way that is innovative and unique” he says, on his way to becoming “the most versatile businessman ever.”