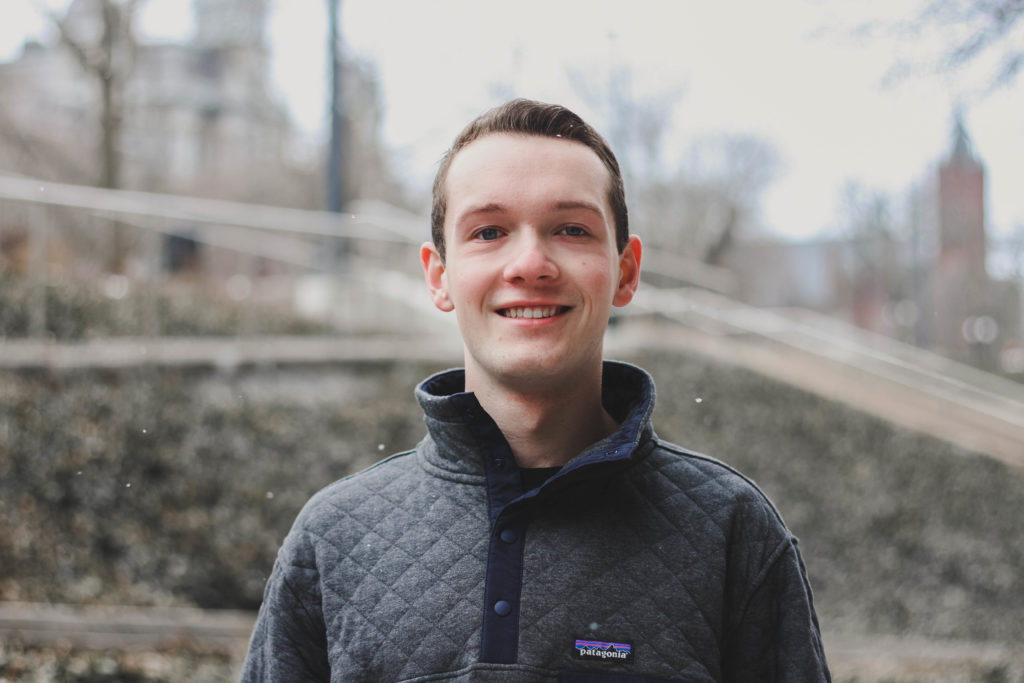 Cole Singer is an ambitious senior, majoring in entrepreneurship and emerging enterprises, and marketing, at the Whitman School of Management. Cole has always had a knack for starting businesses and being the catalyst for their growth. He also assumed the role of president at the Entrepreneurship Club on campus in the past year. He is an opportunist, from being the one to spot a trend to being the first to capitalize on them, Cole has done it all.

Cole has had a very interesting childhood. Not only has he lived in multiple cities but also has started businesses in each one of them. He was meant to be an entrepreneur at a young age. Cole grew up in an entrepreneurial household. His father, to whom Cole owes a lot of his success to, had his own telemarketing company, which was one of the largest of its that time (reallybig.com). Among his other ventures were a few salons, of which Cole was an active part of, and finding ways to improve operations and efficiency. His mom on the other had conquered Wall Street and was his “official bank.” She was one of the very few females who worked in finance at that time, shattering stereotypes. It is safe to say that his family’s success positively affected Cole in making him the exceptional entrepreneur he is today. “The combination of an entrepreneur and a finance person, the balance of ‘entrepreneurs don’t have any limits’ for the most part, and the boundaries of finance, was just really fortunate.”

Cole’s first affair with entrepreneurship started when he was 7, being heavily invested in a popular children’s game called Club Penguin, he saw an opportunity to start a blog. Going from no traffic at all to being the 33rd most trafficked website on the WordPress platform, he learnt a great deal from this venture. Having no concept of money at age 7, Cole later realized the monetary potential his website had. However, learning the art of communication and networking was more valuable to him. Some of Cole’s other ventures include a water stand on his street, a bookmark seller, barterer of snacks for money and more. “I enjoy the process of selling to people”

Singer believes that all of these ventures taught him the importance of building on ideas and leveraging the resources you have. “I have never used my own money,” Singer said. Being a researcher at heart, he is very data driven, which was one of the major driving forces behind the success of his ventures.

Cole is known for telling the bad side of stories, calling himself a “stoic,” he says he is not afraid to fail. He talks about the times where his shoe company – Kicktrades, wasn’t making money. He lost money three weeks in a row, this however did not stop him. This was an opportunity for him to show his quintessential entrepreneurial side, and innovate. His effective use of bots and help from his friends, he learned how to organically grow his business. “All my friends were working for Wendy’s or McDonald’s, and I worked from my room over the weekend,”

“The only reason businesses fail is because the entrepreneur gives up,” Cole was not about to capitulate to that pressure. “I was willing to be reprimanded from my teachers if was going to make $250 every 10 minutes.”

Cole believes that with simple methods and witty implementation, anyone can grow their business and make it succeed. His inter-connection of various start-up inculcated an attitude of buoyancy, where he didn’t get emotionally attached to a company and was ready to start the next one if something didn’t work out, embodying the true entrepreneurial spirit. “The only difference between me and other students/entrepreneurs is that I do stuff.”

Cole now keeps himself occupied with his up and coming startup — roundtrip.co and his role at Tenzo Tea. Roundtrip is a website that brings data transparency to the consumer. “It is a travel data website that won’t break people’s bank.” On top of working on his new business idea, Cole also works as an e-commerce growth strategist at Tenzo Tea. This job didn’t come to him in a traditional way. At first, he reached out to the co-founders of Tenzo in the form of an opportunity pitch. From that initial pitch, Cole eventually became an intern, and then a part-time employee on Tenzo’s team, which opened a door to many new connections in the start-up realm.

From Cole’s years of experience, his advice to future entrepreneurs is to “mitigate annoyance, and monetize it… try things during the four or five years you’re in college because there’s literally no risk if you fail.”