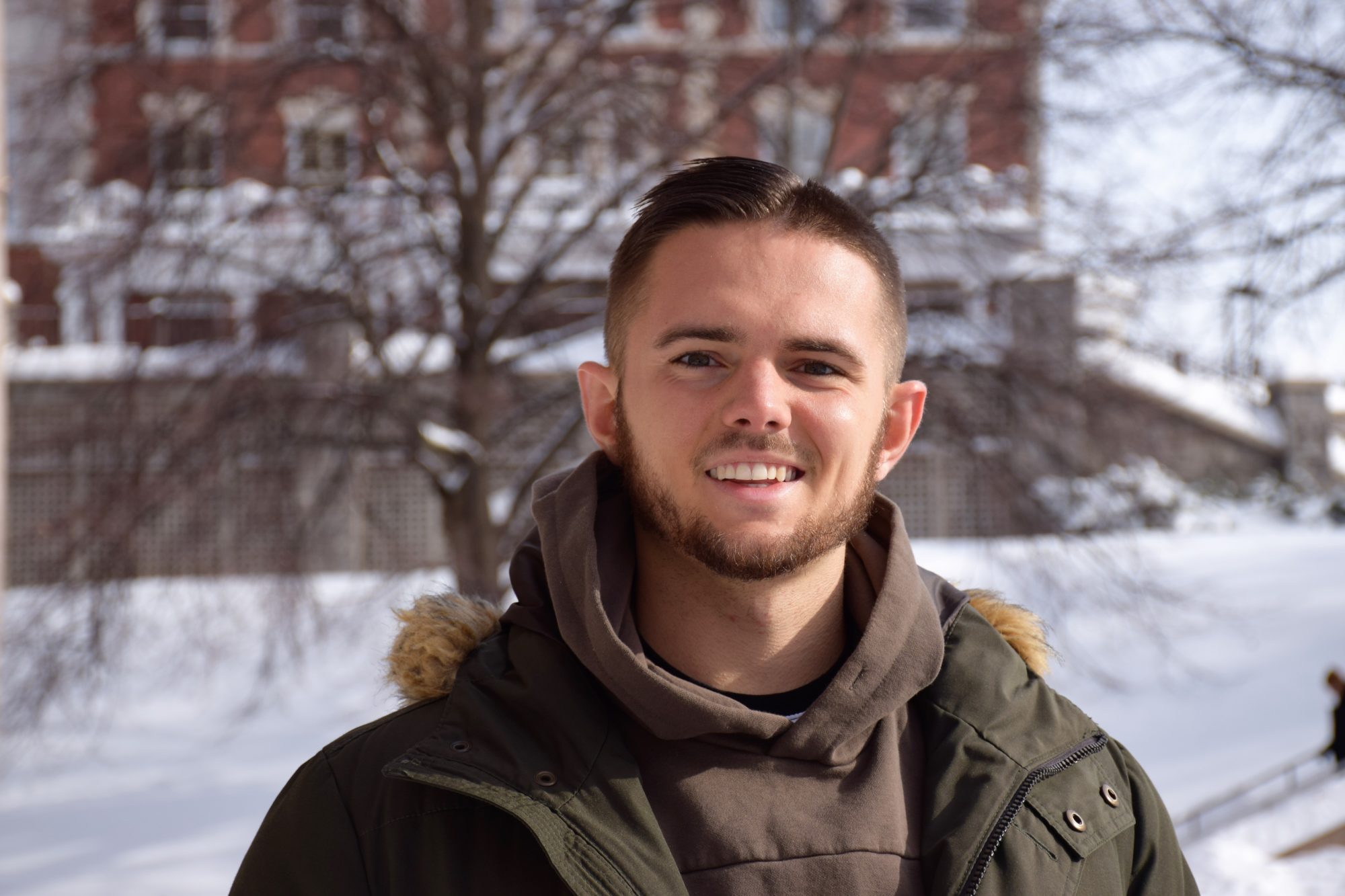 Chris Chomicki, a senior information management and technology major at iSchool is working on the interactive interface for one of his side contracts, Promptous, an insurance claims processing platform that uses blockchain technology and smart contracts to create cost and provider transparency for the dental insurance industry.  Promptous will be up and running by the end of June, and with that deadline right around the corner, the 13 or so people who are working, remotely and non-remotely, for Promptous are set on achieving that milestone. There’s a lot of work in piecing together the various software every individual is developing to which Chris comments, “Slack is a blessing.”

When he’s not at Blackstone LaunchPad working on one of his many projects, you can find him getting his priorities done including completing his coursework or sticking to his fitness goals. It’s easy to conclude that Chris is a hustler with lots of goals and a good amount of determination.  When asked about how he’s succeeded in not only juggling a full coursework, at least two jobs, and even having been part of the Division I Cheer Squad here at SU, he simply answers, “Time management.” The East Quogue native says he makes a list of all the things he wants to accomplish in a day and just makes it happen. He admires Gary Vanychuck, an entrepreneur and internet personality who has shaped athlete representation. His ability to grind and hustle, which has allowed him to grow his social media platform to reach a wide audience, is something that Chris values a lot. Much like Mr. Vanychuck, Chris takes pride in his hard work and his diligence in getting things done. He’s aware of his deadlines, understand how to prioritize, and he maximizes any small amount of time he gets to reach his targets. And reached his targets he has.

Chris interned with Amazon in Seattle this past summer and accepted a full-time position as a software engineer by the end of his internship, making his senior year a little less stressful and therefore, a little more enjoyable. Chris mentioned that he was never necessarily shooting to work for Amazon, but he recalls a sophomore year project in which he had to state where he wanted to work after graduation and interestingly enough, he put down Amazon as a software engineer. He strives to make an impact with his work and Amazon offers that opportunity–along with a great cup of joe in the great city of Seattle. When asked about his five-year plan, Chris mentions that he wants to first and foremost establish himself at a big company to build his skill set and resume. Once he’s gained enough experience, he says he’d like to either work at a small company or even start his own venture. Although he’s not sure what industry he’d like to start his venture in, he knows he’d want his venture to have a lot of social impact and to be something that people want to use.

Chris likes to dive himself into any many different types of topics and technology as he can, which can not only be seen by his various involvements on and out of campus, but also by his love for traveling. He went abroad last year and visited over 23 countries throughout Europe, Africa, and Asia, citing Morocco and Switzerland as his favorite places. Being able to escape the city and immerse himself in nature, such as the Swiss Alps or the Sahara Desert, was quite the experience for him. Just because he was traveling though doesn’t mean he wasn’t grinding, for he was working on the Promptous team while simultaneously exploring the world.

Catch Chris in the future leaving his impact on the world with only two essential ingredients: a reliable Wi-Fi connection and a sandy beach with crystal clear waters somewhere in Southeast Asia.