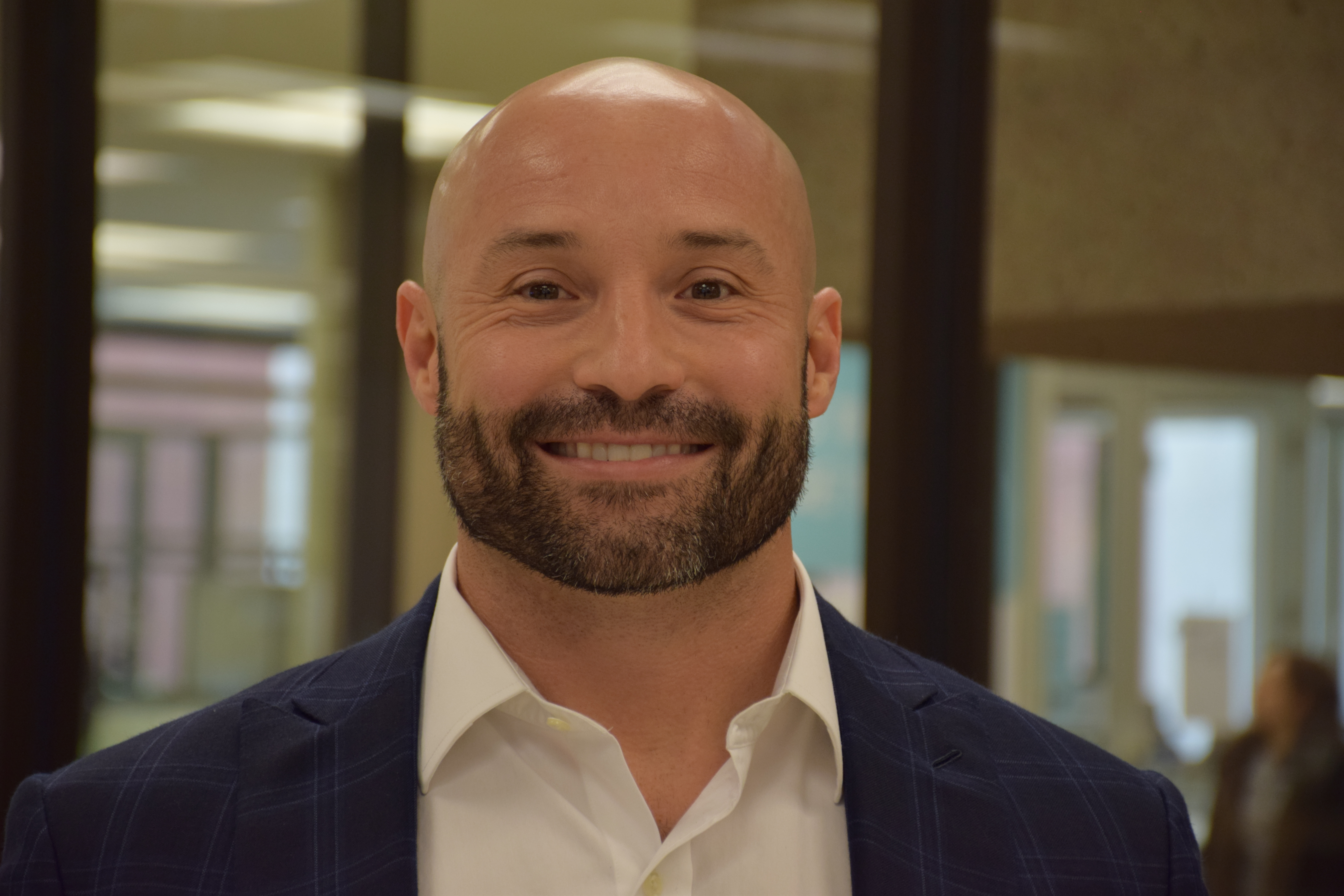 Join us at the Blackstone LaunchPad Tuesday, November 13 at 10:30 a.m. for a Fireside Chat with Brian Valenza, CEO and co-founder of Virsig, LLC., and the COO and co-founder of Centennial Security Integration, Inc. The event is co-sponsored by the Whitman School of Management.

Brian has extensive commercial venture and security experience that extends from a 7 year career in the United States Military.

As President of The Guidry Group from 2012 through 2017, a Security and Risk Mitigation Consultancy founded in 1986 focused on servicing private families and corporations worldwide, he led the execution of security services and operations in 22 countries around the world with a 100% success rate.

Brian has also conducted numerous training and anti-terrorist operations with US and allied Government forces and is known for his well-rounded operational security, business, and systems backgrounds. His efforts have directly resulted in successful rescue missions, operational readiness, implementation of physical security measures, and solutions to unique security challenges for high-profile privates and commercial facilities and residences in the US and around the world.

Prior to entering the security industry, Brian had an extensive military career, that started with attending the U.S. Naval Academy at Annapolis, and eventually having a distinguished career as a U.S. Navy SEAL officer where he served with distinction between 1999-2006.

Accomplishments
• AS CEO of Virsig, he led the company to multiple awards and recognitions within the first 3 years of existence:
o May 2017: Virsig’s Director of Communications, Shel Alfassa, honored as ‘Communications’ Professional of the Year’ by the American Business Awards. Virsig was one out of 3600 nominees, from firms and their related employees; other winners are staff from Apple, Cisco, Cigna, AT&T, and Unilever.
o April 2017: Recognized as one of America’s ‘Fastest Growing Security System Integrators,’ Virsig is recognized as number 22 out of 50 companies nationwide by Security Dealer and Integrator (SD&I) magazine.
o May 2016: Virsig was honored by being selected as one of 24 technology companies in New York by Members of the U.S. House of Representatives, to participate in a program on how Congress can better support and spur technological innovation.
o September 2015: Virsig named ‘Best New Tech Startup’ of the year, received the 2015 (Silver) Stevie Award from the American Business Association.

• As President of The Guidry Group (TGG) directly responsible for various successful emergency rescue missions in the US, Mexico, Central America, and Africa with zero incidents.
o At TGG, Brian led the company to sustained consistent growth and increased business revenue more than 150% over a 5-year period.
o In response to a Department of Defense requirement, developed and executed the first US Navy SEAL BUD/S preparatory Course within the Kingdom of Saudi Arabia
o Founding member of the Quick Reaction Force (QRF) for New Orleans recovery school district during the reconstruction following Hurricane Katrina.
o Successfully planned, coordinated, and executed the recovery and emergency evacuation of 24 persons out of Egypt (Cairo) at the height of Arab Spring when all other US and foreign attempts had failed.
o Designed and implemented state-of-the-art thermal and optical perimeter video detection systems for both integration with existing and completely new corporate and residential security systems in adverse environmental conditions in 5 countries around the world.
o Over the last 12 years, he has developed customized physical and cyber security plans, programs, and risk mitigation services for an exclusive list of corporate clients and high profile private clients and their families who required varying degrees of visibility based on the family’s culture and preferences.

• As a US Navy SEAL officer, he received training in Maritime, Air, and Land operations. He specialized in Personal Security Detail (PSD), Urban and Jungle warfare, Port, and Compound Security Operations.
o Mr. Valenza conducted operations in 17 countries around the world and planned and conducted extensive training in anti-terrorist techniques tactics with Spanish, Chilean, Australian, Greek, Italian, and UK Special Forces, as well as training from various US police departments.
o Planned and coordinated Port and Maritime Security Operations in support of the 2004 Olympics in Athens, Greece which required more than 240 hours of site assessments, travel route determinations, egress methods, and coordination with the host nation’s forces.
o At the Pentagon acted as the Naval Special Warfare representative for Chemical, Biological, Radiological, Nuclear (CBRN), Small Arms, communications, and parachuting programs.