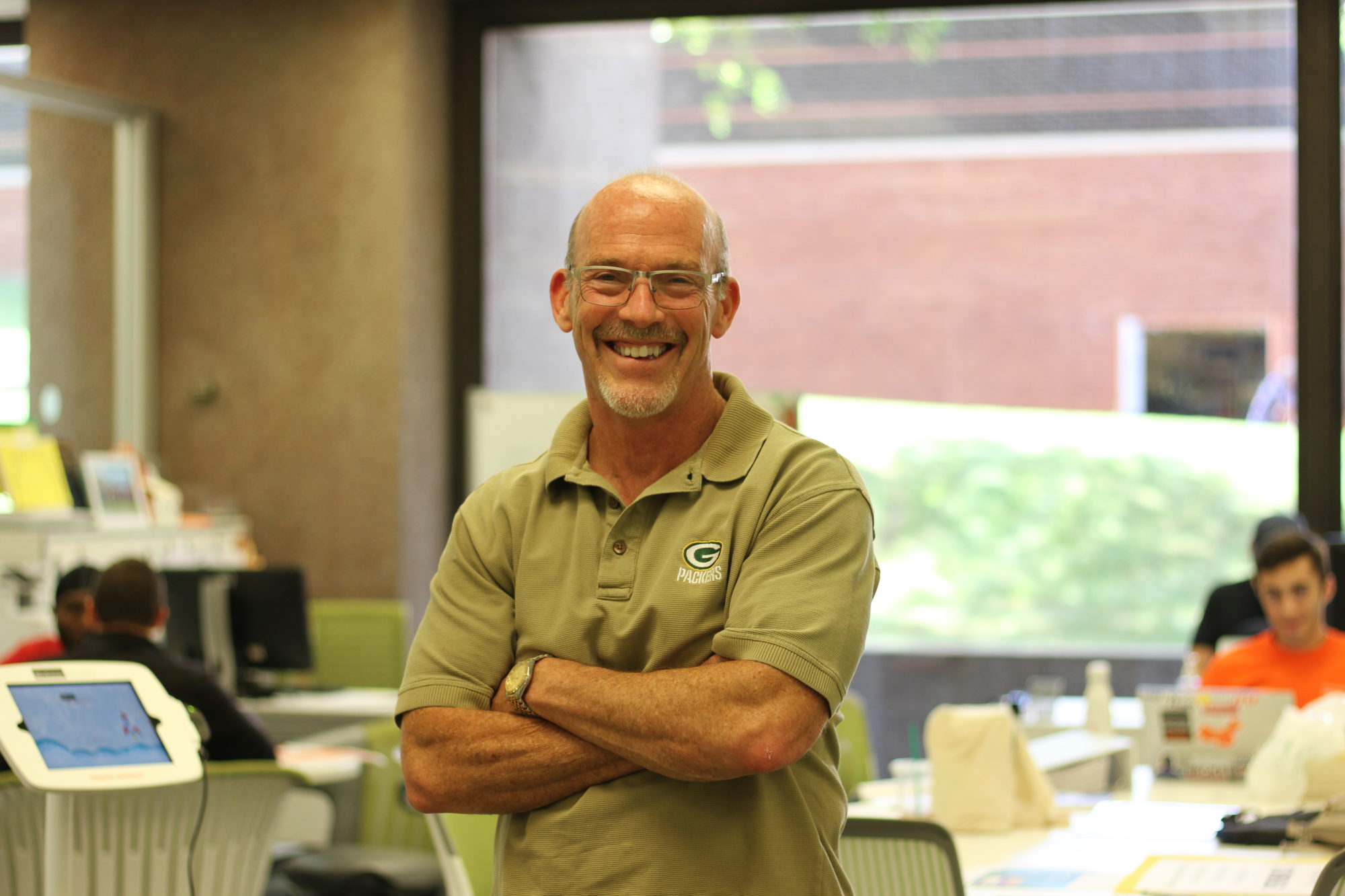 Sean Branagan, executive director of the Center for Digital Media Entrepreneurship at the S.I. Newhouse School of Public Communications at Syracuse University, will be hosting media ventures office hours at the Blackstone LaunchPad powered by Techstars at SU Libraries.  Each Thursday through the semester, from 3 p.m. to 5 p.m., Branagan will be meeting with media ventures and other ventures selling into media — such as news and information, entertainment, television, radio and film, digital advertising and brand positioning.

Branagan established the Center for Digital Media Entrepreneurship in 2011, offering courses, consulting and connections to encourage students to start digital media ventures, and to engage Newhouse alumni.  He is a serial entrepreneur, interactive marketer and evangelist for innovation and startups who is founder and president of Communigration, Inc., a technology marketing firm.  He is well known in the startup world as creator and commissioner of Student Startup Madness, a national tournament for college student startups. He also holds board and advisory board positions with several early-stage tech companies and serves on a number of charitable boards.

A graduate of the Newhouse School in 1980 with a degree in magazine, Branagan has started lifestyle businesses, small businesses and high-tech companies (with a profitable exit from one), and became part of an Internet roll-up business that bought 10 companies in 18 months and was later sold to Time Warner Cable. Along the way, he served as senior director of marketing for a $125 million Internet services company in Boston’s Route 128 corridor, head of e-commerce strategy and interactive marketing for a New York City public company, and corporate communications manager for a publicly traded distribution company.

Branagan has taught a graduate-level course in interactive marketing and advertising at Newhouse as well as other courses at Syracuse University, including “What’s the Big Idea?” and a course on online retailing and interactive marketing at the Whitman School of Management. He served for five years as Entrepreneur in Residence (EiR) at the Technology Garden, helping start-up and early stage technology companies in Upstate New York. He has been instrumental in SU’s award-winning Student Start-up Accelerator (a Kauffman-funded initiative), where he’s developed programs and courses and coached and mentored student startups.

He is a founding member and board member of the Famous Entrepreneurs Series; a certified facilitator and veteran coach with the Pre-Seed Workshop; mentor with a new TechStars accelerator in Upstate New York; and a consultant to venture funding groups on digital media and online business.  He regularly presents at innovation conferences around the world.

To schedule a meeting, e-mail:  LaunchPad@syr.edu