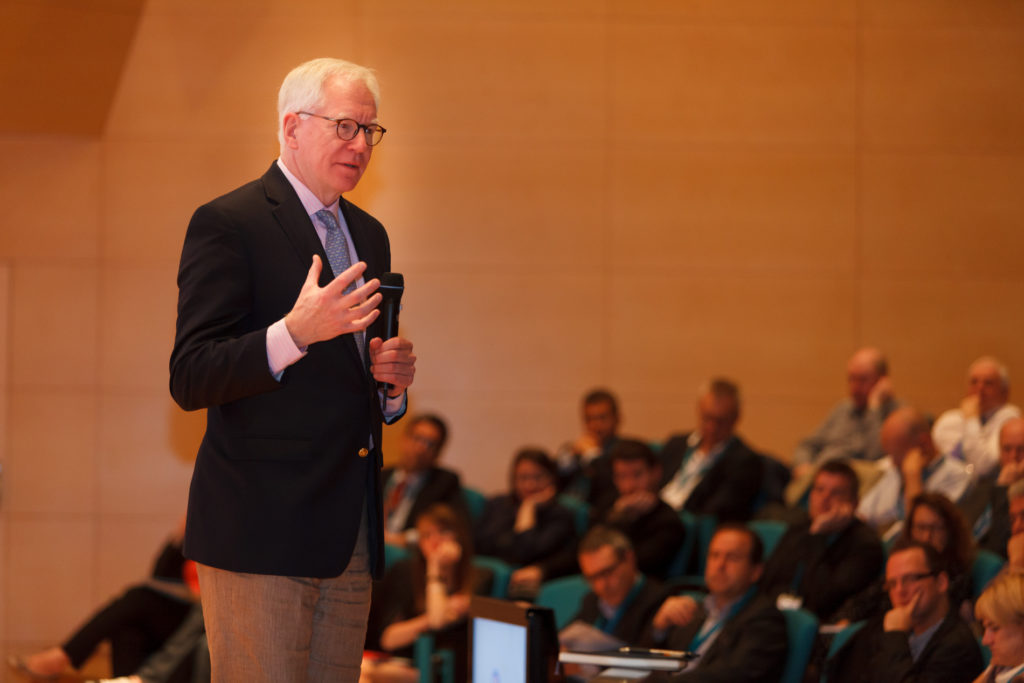 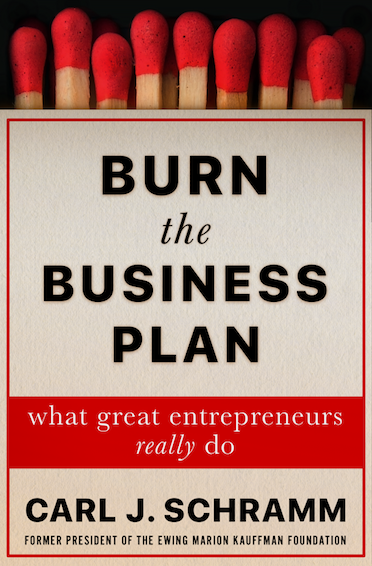 The Syracuse University Libraries, the Blackstone LaunchPad and the School of Information Studies (iSchool) are hosting an author’s talk and book signing with Carl Schramm, author of “Burn the Business Plan, University Professor at Syracuse University, and former president of the Ewing Marion Kauffman Foundation.  The event will be Wednesday, April 4, from 3 to 4 p.m. in the Peter Graham Scholarly Commons, Room 114, Bird Library.  A networking reception follows at 4 p.m. in the Blackstone LaunchPad.  The event is open to the community.

Published in early 2018 by Simon & Schuster, Schramm’s book turns conventional wisdom on its head.  He dispels the “myth of the software kid genius,” noting that the average entrepreneur is 39 years old and has worked in corporate America for at least a decade.  He discusses the perils of creating a business plan for an entrepreneurial venture, noting that Microsoft, Apple, Facebook, and Google launched without one.  Based on stories of successful entrepreneurs in a variety of fields, he suggests that knowledge, passion, determination, and a willingness to experiment and innovate are vastly more important than financial skill. Along the way, he also offers great practical tips, such as how to “Build Your Company as Your Life.”

The book has received positive acclaim, and was named to Inc. Magazine’s “Need to Read” list for 2018.  It received five-star reviews on Amazon, and praise from Publishers Weekly, Google Books and Good Reads, as well as many successful founders and entrepreneurs.

“New businesses are about great ideas, not great plans. Schramm tells it as it really happens,” says Mitch Lowe, co-founder of Netflix and CEO of MoviePass.

“While encouraging aspirants toward launch, the book is mercifully free of Silicon Valley fairy tales,” writes Leigh Buchanan, editor-at-large of Inc. Magazine. “Schramm is interested in real people starting real companies: Readers will find most of his cases gratifyingly unfamiliar and generally relatable. Burn is a solid roundup of the current best thinking on startups, guiding new entrepreneurs in both introspection and execution.”

One of the co-founders of Global Entrepreneurship Week, now observed in 170 countries, he is recognized internationally as a leading authority on innovation, entrepreneurship and economic growth.  His academic career began at Johns Hopkins, where he founded the nation’s first research center on healthcare finance.  He has founded or co-founded five companies, including HCIA and Greenspring Advisors, a merchant bank.  Schramm also has served in major corporate roles including EVP of Fortis (now Assurant) and CEO of Fortis Healthcare.  He has advised major corporations including Ford, Johnson & Johnson, and Apple. He chaired the U.S. Department of Commerce’s Measuring Innovation in the 21st Century Economy Advisory Committee during the Bush Administration and was a member of President Obama’s National Advisory Council on Innovation and Entrepreneurship.

If you need an accommodation in order to fully participate in this event, please contact Linda Dickerson Hartsock at launchpad@syr.edu